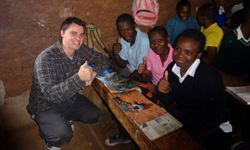 Mr Lincoln, 26, who is studying an environmental science degree at CSU in Albury-Wodonga, is particularly interested in the protection of native forests to conserve biodiversity and help mitigate climate change.

While in Kenya, he visited several UN institutions and attended the inaugural UN Environment Assembly, which was addressed by UN Secretary-General Mr Ban Ki-Moon.

"I got to attend a range of high level segments on key environmental issues and listened to the likes of UN Secretary General Ban Ki-Moon and Kenyan President, Uhuru Kenyatta," Mr Lincoln said.

Key issues for the assembly included the formulation of sustainable development goals, the illegal trade in wildlife, financing a 'green economy', and the importance of the environmental rule of law. 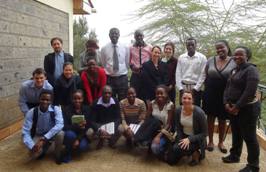 Mr Lincoln also attended the preceding civil society forum, with a range of major groups and stakeholders. Mr. Lincoln said he really enjoyed working with and learning from experienced representatives from non- government organizations working to halt the trade in illegal wildlife and timber.

"It was a fantastic experience and a real eye opener to view how international events and policies are conducted. Meeting other young people from all around the world has also been very inspirational for me as well," he said.

During the trip, Mr Lincoln learnt about local environmental and sustainability issues Kenyan people face and he visited projects run by non-government organization, CEPACET, a group that aims to improve the lives of vulnerable Kenyans through community engagement. 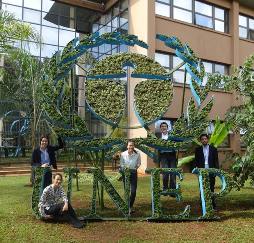 "I was able to visit projects in the Kibera Slum and see firsthand the development of a community centre that is being built by local people for locals," Mr Lincoln said.

"I also met with local university students from Jomo Kenyatta University of Agriculture and Technology and learnt about some of the environmental and sustainability projects they are involved with in Kenya."

To finish off the trip, he also went on safari around Kenya.

"I visited some amazing natural places that are of vast importance to the Kenyan people and their economy," he said.

"The Masai Mara, Lake Baringo and Samburu National Park will stay with me for a very long time to come."