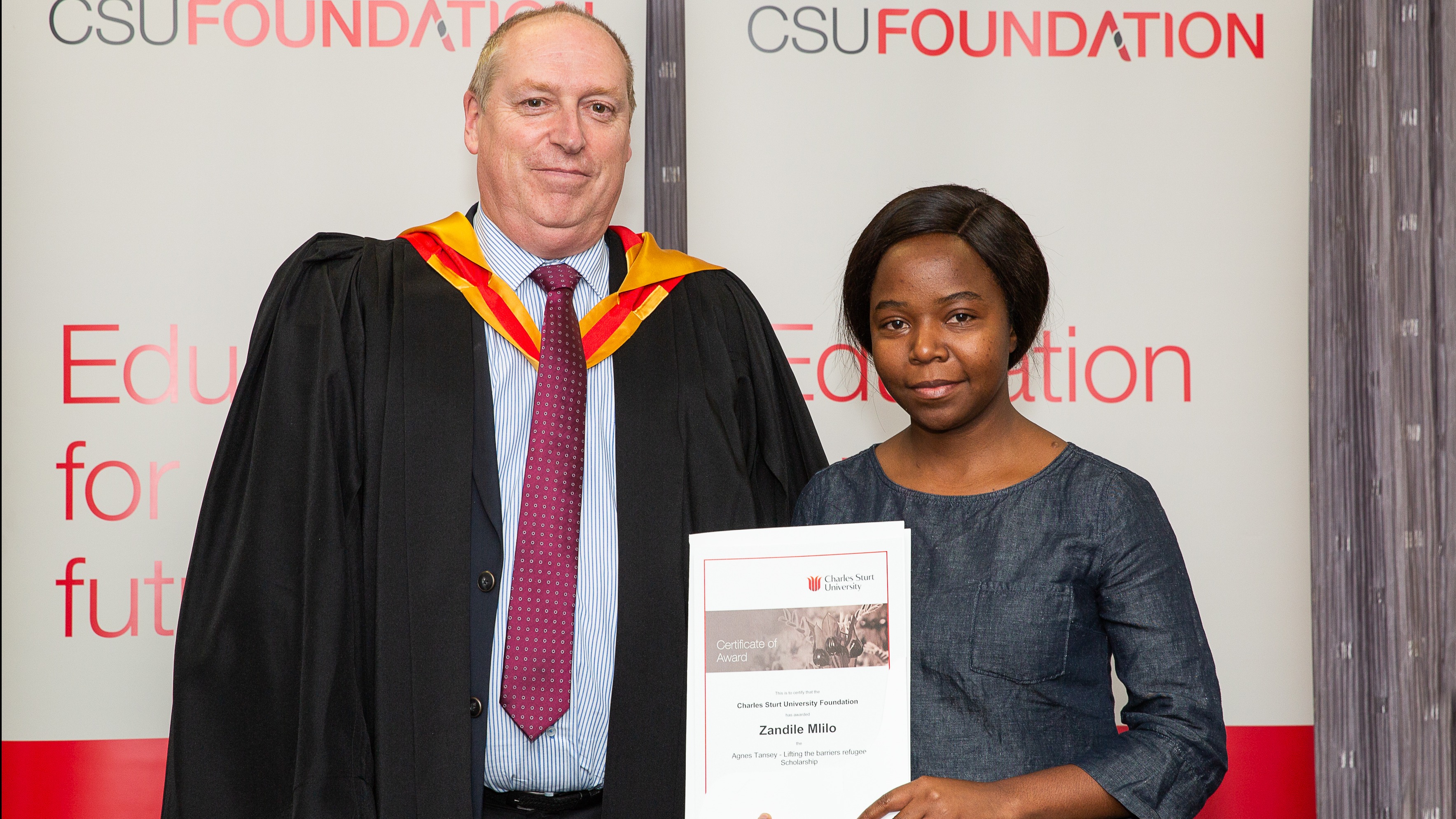 A nursing graduate in Wagga Wagga left her hometown in Zimbabwe to start a new life, and new career, helping people in regional NSW.

A scholarship at Charles Sturt University gave Ms Zandile Mlilo the chance to pursue her higher education dreams but the determination and inspiration she has shown to overcome challenging circumstances and graduate as a nurse is all her doing.

Ms Mlilo left Bulawayo in Zimbabwe in 2017 and has been in Wagga Wagga pursuing her higher education and career aspirations with Charles Sturt since.

She was awarded an Agnes Tansey – lifting the barriers refugee Scholarship, which paid for her food, accommodation and expenses associated with study.

The scholarship allowed her to fulfil her dream of becoming a nurse and she will graduate this month with a Bachelor of Nursing.

Her desire to work in a medical field comes from growing up in a HIV/AIDS-affected area with barely any doctors to assist.

“The nurses were the only help for the people, and I looked up to them,” she said.

“I want to make a difference in the lives of the vulnerable.”

Ms Mlilo is the first in her family to get a higher education degree, making the feat more significant to her.

“It means doors opening for me, it means I get to change the lives of people … in our community,” she said.

Even though graduation ceremonies from August and December have been postponed, it will not stop Ms Mlilo revelling in the significance of this moment.

“Graduation day is a celebratory moment, in my opinion,” she said.

“After the years of exams, assessments and clinical placements … it is important for one to celebrate their achievement.

“It still has not sunk in yet that I’m actually doing this, it’s a big deal for me.”

Without the scholarship, Ms Mlilo said this would not be possible and she encourages others to apply for assistance if required.

“There are people that are willing to support others to gain their higher education, because education is the key to everything,” she said.

“If it wasn’t for them, I wouldn’t have this opportunity. I’m really grateful.”

“One thing I know for sure is that I want to be a nurse, but I still have not decided what type of nursing,” she said.

“I would like to be a nurse practitioner in the next 10 years and would love to work within my local community of Wagga Wagga.”

Photo caption: Ms Zandile Mlilo was presented with her scholarship certificate in 2018 by Professor Glenn Edwards (Interim Executive Dean for the Faculty of Science).