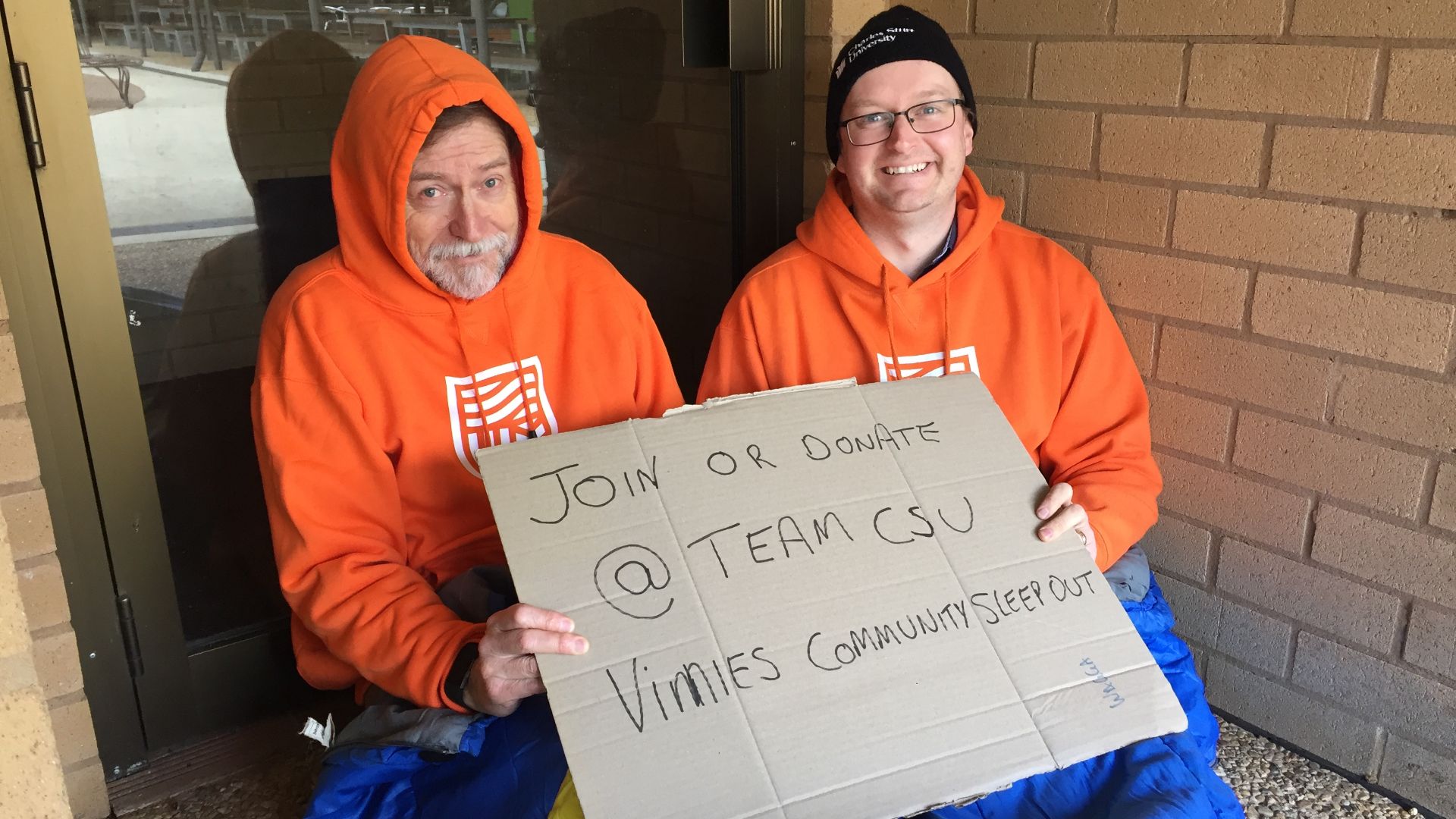 Charles Sturt University (Charles Sturt) is challenging Wagga Wagga residents to step outside their comfort zones and sleep rough for a night by taking part in the University’s Vinnies Community Sleepout event.

This is the first time the University has hosted the Vinnies Community Sleepout and the second time the event has been held in the city of Wagga Wagga.

The sleepout aims to raise money and awareness for those who sleep rough every night in Australia and Charles Sturt student counsellor from the Division of Student Services Mr Adam Warren said he was proud the University was involved.

“It draws home that plight that many young people experiencing homelessness have,” Mr Warren said.

“This event exposes people for one night to some of the difficulties people on the streets have to go through, and it offers a sense of community involvement in tackling homelessness.”

The overnight sleepout will allow participants to experience what 116,000 Australians endure every night while sleeping on the street and will raise much-needed funds for a project that connects homeless youth with education and employment opportunities.

Mr Worsfold has previously volunteered at a youth refuge and wanted to further assist in combating the issue.

“This isn’t a topic I think of a lot,” Mr Worsfold said.

“I’ve noticed a lot of younger people sleeping rough this year in Wagga Wagga and I wanted to bring the issue to the forefront of my conscience.”

Charles Sturt students, staff and their family members who are over 18 years of age are invited to join TeamCSU for the sleepout.

Other members of the community are invited to join a team or start one of their own for the Wagga Wagga event, which will be held at The Hub at Charles Sturt in Wagga on Friday 30 August.

Registrations for the event are open until the night of Sunday 25 August via the event website.

Participants can sign in on the night from 6.30pm at The Hub.

A soup kitchen will serve dinner on the evening of the event and breakfast on Saturday morning before the event finishes at 8am.

Activities will be run throughout the evening and guest speakers will talk to participants.

An auction will be held to spend the night in a swag instead of sleeping bag and cardboard.