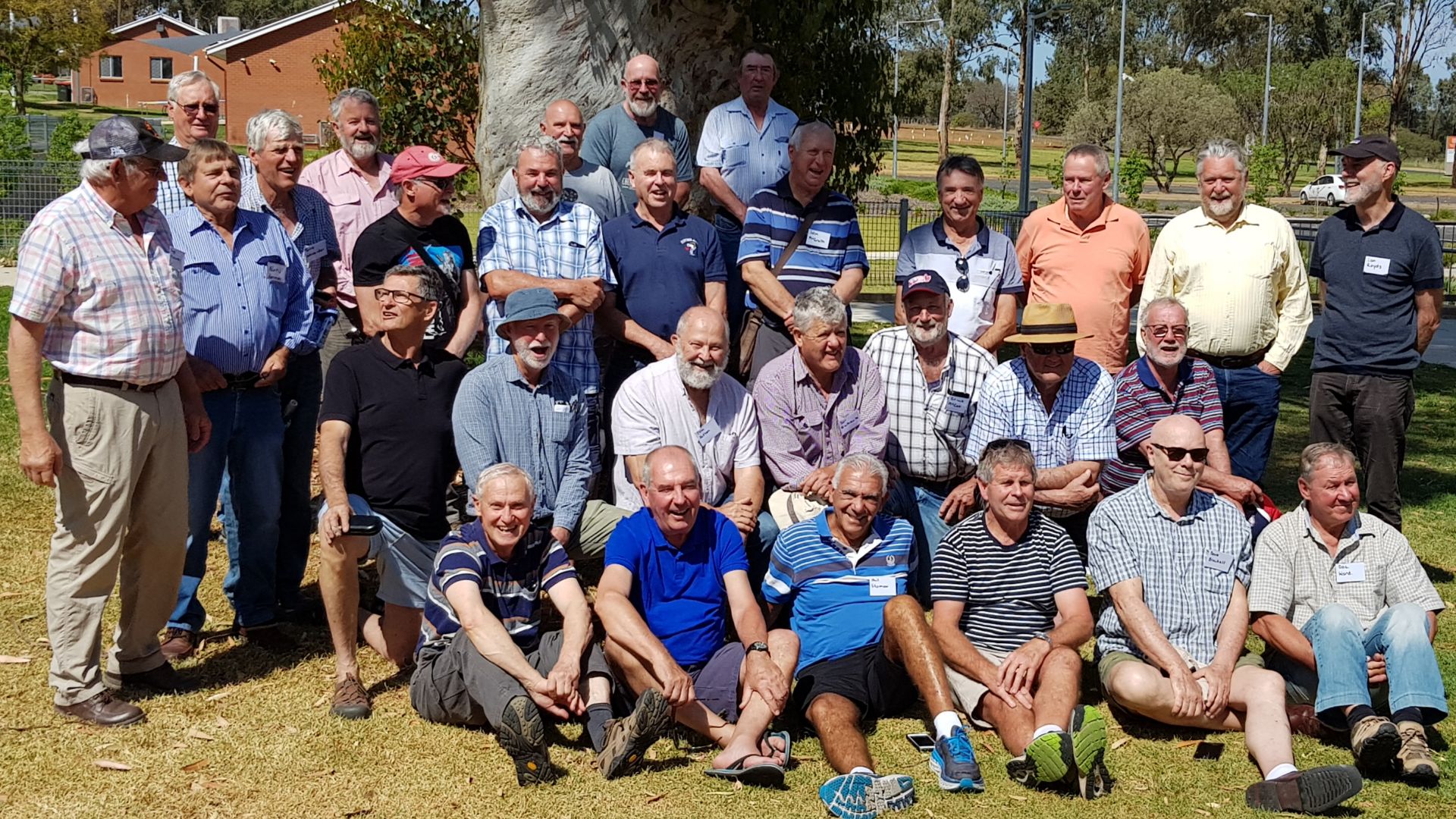 Thirty students from the class of 40 travelled from Toowoomba, the Far North Coast, Dubbo, the Blue Mountains, and the Mid North Coast, to make the three-day reunion event held in Wagga Wagga between Friday 4 and Sunday 6 October. 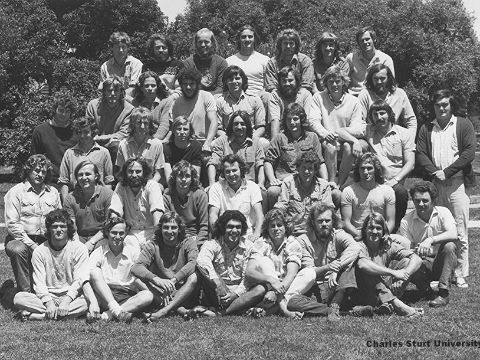 The graduating class (pictured when students at Wagga Wagga Agricultural College) kicked off the reunion event with a dinner at the William Farrer Hotel on Friday night.

On Saturday, the classmates went on a tour of the Wagga Wagga campus, which included a trip to the University’s winery, and then they finished the day with dinner at the RSL Club.

During the dinner, classmates took part in a ‘light-hearted awards ceremony’ and were given a special edition of ‘Kulpana’, which was the school newsletter back in 1973.

The special edition included individual biographies and before-and-after photos of the 1973 graduates.

The reunion concluded with a farewell breakfast at Tambea Gardens on Sunday.

During the weekend’s festivities, the graduating class caught up with Professor Jim Pratley who started working at Wagga Wagga Agricultural College as a lecturer in 1972.

Professor Pratley continued his career at Charles Sturt and is currently a Research Professor in the Charles Sturt School of Agricultural and Wine Science.

One of the organisers of the reunion, 1973 graduate Mr Iven Denyer, who today works as a teacher in the Mid North Coast region, said he decided to organise the event because this year seemed like the best time to reunite.

“Since graduating, we all went on to lead busy lives with family and work; I haven’t seen a third of my classmates since I walked through the doors after graduating,” Mr Denyer said.

“Many of us are retired or semi-retired now, and I thought it was a great time to get together and reminisce about the good old days, so I reached out to my classmates to organise a reunion and I got a very positive response.

“I saw people over the weekend that I haven’t seen in 46 years. It was wonderful for us all to go back to our roots and catch up after all these years.”

Mr Denyer said that his favourite memories of his time studying in Wagga Wagga are the comradeship he had with his classmates and the many sporting events and 21st birthday parties.

Since graduating, members of the class of 1973 have gone on to diverse careers in areas such as farming, teaching, film production, higher education, counselling and the media.

The class of 1973 last had a reunion six years ago, but only 17 classmates attended, and before that the last reunion occurred in the 1980s.

The reunion was organised with help from the Charles Sturt Advancement Office which undertakes many initiatives to better connect, engage, celebrate and congratulate the University’s alumni. A virtual 2020 EngFest at Charles Sturt in Bathurst