CSU News
CSU News Opinion Set in an Australian leper colony, The Coast depicts past cruelties while reflecting on the present

Set in an Australian leper colony, The Coast depicts past cruelties while reflecting on the present 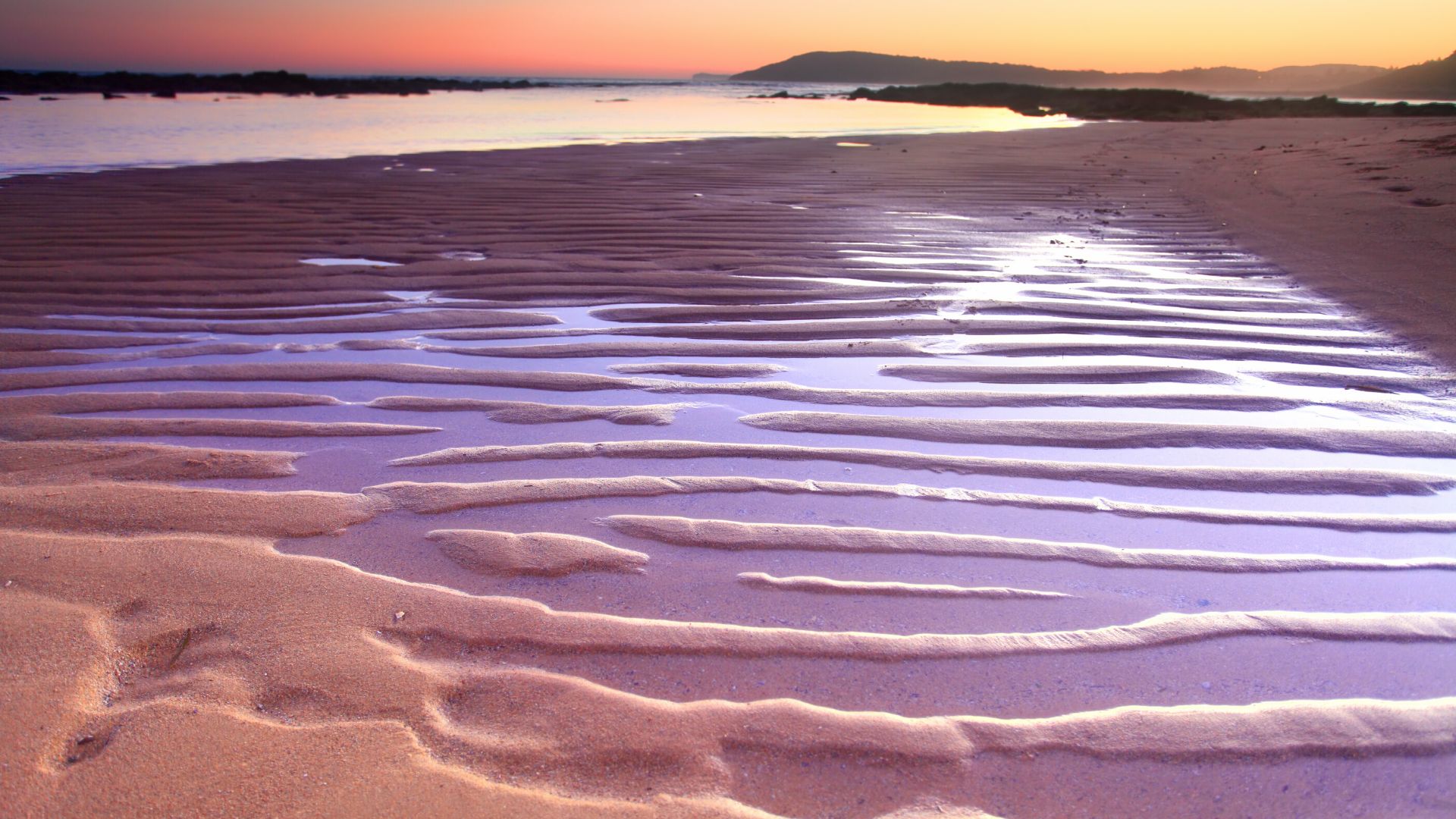 A Charles Sturt academic considers various significant and shameful events that took place in our history and whether institutional maltreatment and racially driven government policies are a thing of the past.

Eleanor Limprecht’s new historical novel The Coast recreates a lost world that was once damned to obscurity. Set in a formerly remote coastal area known as Little Bay, just outside of Sydney, her book imagines a series of characters forced into quarantine after being diagnosed with leprosy.

Yet this is a relatively unknown piece of Australian history. Perhaps the shame of locking up sick people and the cruelty of their seclusion (leprosy was never very contagious) needed to be suppressed?

Cleverly, Limprecht’s novel resists making any such judgements. Instead, it allows readers to gain an incremental knowledge of a “system”, its living conditions, and the various characters – patients, family members, nurses and doctors – who reside both within and beyond what is essentially a leper colony.

The style of the novel is polyvocal: each chapter begins with a character’s name, heralding their narrative point of view. This technique fosters a great deal of intimacy between readers and characters. We approach each chapter as one would an individual.

The writing is crisp, alternating between the first-person and third-person modes of address in its chronicle of intimate moments and uncharted worlds. It balances the expository dimension of prose with the lyricism of poetry:

What bound them together was too complex to unknit, too tangled to think the truth would smooth it

Limprecht’s prose moves seamlessly from the lead protagonist Alice, the novel’s inaugurating first-person narrator, to other voices and perspectives, including that of Jack, a stolen generation youth, whose experience of loss and alienation is filtered through an omniscient narrator.

The mediation of Jack’s story through a third-person perspective emphasises his estrangement as a “half-caste” aboriginal boy who has been brutally removed from his home. Limprecht’s disturbing description of his relocation to a mission reveals a system designed to eradicate every vestige of his Indigeneity. The haunting scene of Jack washing away his encrusted “tracks of tears” suggests that no cleansing agent will ever heal the deep wound of his abduction.

There are many dialogues in this novel: between characters, within chapters, and across chapters. They take the form of conversations between different forms of isolation, revealing levels of confinement and incarceration. The overall effect is like that of a collage, in which there is a complex layering of experiences and perspectives.

This technique is evocative of Henry James, whose masterful late novels The Wings of the Dove (1902), The Ambassadors (1903) and The Golden Bowl (1904) convey information through myriad exchanges and internal musings.

Significant details are also divulged through conversation. For example, Alice’s leprosy, her blond hair, and her birth name “Hilda” are revealed through dialogue. In the case of Alice’s shifting appellation, James’s narrative obliquity is arguably taken a step further, as one ponders the fragility of identity when it is wedded to proper names.

The Coast’s shifting names and perspectives evoke a profound sense of loss. As Alice observes, there are “places we can never return because they only exist as memories”.

The lives of characters also coincide with specific years that occasionally headline chapters — 1926, 1905, 1910, 1892 and 1915, among others. These roving time periods signify dramatic and appalling moments in Australian history: the massacre of First Nations peoples, the dissolution of penal settlements, the unification of self-governing states at Federation, the forced removal of “mixed-race” Indigenous peoples that created the Stolen Generation, the White Australia Policy, and the first world war.

It is not coincidental that The Coast is organised around significant and shameful episodes in our history. The novel suggests that institutional maltreatment and racially driven government policies may not be all that historical. An epistolary newspaper clipping from the novel suggests this:

Scattered throughout the cities, town and villages, and remote out-back settlements, aliens may develop and spread the virus of the many strange Eastern diseases which they carry with them in their wanderings – and in a hundred other ways they come in close and intimate contact with our European population. From a hygienic point of view, as well as a racial one, the people are dangerous. Leprosy is the legacy of woe which their yellow, black and brown forerunners of the early ‘sixties’ left to Australia …

One is left to ponder if the “sixties” refers to the 1860s or the 1960s. Perhaps such an omission is deliberate: the colonial era and the mid 20th century were both periods that demonised non-European immigrants, especially the Chinese, who were racially vilified as the “yellow peril”.

Racism is not temporally bound. It lingers as a form of unconscious bias, as an overt prejudice, or even less subtly as a specific government policy like Australia’s modern day Operation Sovereign Borders. The Coast may conjure the past through its powerful representation of those exiled in a leper colony, but its depiction of isolation is deeply redolent of contemporary asylum seekers locked up in detention centres.

There is thus an important political and ethical dimension to Limprecht’s book. It educates us about the past, while asking us to contemplate a present in which the sick, the poor, the elderly and the homeless are exposed to institutional and governmental malpractice and incompetence.

Mapping the past, the present, and the future

Displacement is another significant motif in The Coast. Readers are, for example, presented with a puzzle of pseudonyms and abbreviated names, only to discover that in some instances such identifiers are adopted monikers – sometimes freely chosen, sometimes not.

This operates as a reminder of the present day treatment of refugees in Australia, powerfully dramatised in Behrouz Boochani’s book No Friend But the Mountains (2018). Those who are in mandatory detention are dehumanised to the point of losing the “privilege” of having a “proper” name.

When Jack is relocated to the mission, he becomes a number: “122”. Such maltreatment encourages one to contemplate whether contemporary attitudes towards Indigenous peoples have changed. In light of what has gone on at the Northern Territory’s infamous Don Dale Youth Detention Centre, the answer would seem to be a resounding no.

Displacement is also depicted through arduous physical and psychological journeys, as characters are ripped from their homes after a leprosy diagnosis. The lengthy sea and land excursions from such far flung places as Jiggi, Lismore and Nimbin to Sydney’s lonely Little Bay enclave, evoke the vastness of a continent encircled by the sea.

Mandatory travel to a secluded coastal hospital captures the extreme trepidation and cultural stain of leprosy. The stigma of the disease is aligned with the racial slur of being “half-caste”, as both “conditions” lead to physical and psychological isolation.

There is also a biblical dimension to The Coast, as it invokes the ancient fear of leprosy. In his designated chapter, titled “Will”, Dr Stenger observes: “The Bible had not done the disease any favours.”

The Bildungsroman genre adds yet another layer, as the novel dramatises Alice’s development from childhood to adulthood. Charlotte Brontë’s famous coming of age novel Jane Eyre (1847) is particularly resonant. When Alice forges a friendship with 12 year old Greta, a tuberculosis patient, it parallels Jane Eyre’s bond with the consumptive Helen Burns, as these relationships develop while in captivity.

Again, Limprecht pushes the limits of 19th century fiction by unearthing taboo subjects, such as childhood sexuality. As Alice narrates:

I thought of Greta before I fell asleep at night and first thing when I woke in the morning … I thought of her skin, how smooth and unblemished it was.

As a chronicle of loss, displacement, friendship, and even love, the profundity of The Coast often appears unexpectedly. Limprecht’s language accesses the most intimate regions of her characters’ minds, revealing truths that are anchored to a world of sound, sensation and touch.

The Coast may be about Australia’s past, but it is also very much a novel of the present in its powerful dramatisation of contamination fears and the dehumanising effect of such anxieties. One cannot but see parallels between leprosy and today’s COVID-19 epidemic.

But The Coast is also a novel of and for the future – a time that will no doubt test our ability to handle more infectious diseases. The question remains: do we have enough historical self-awareness to treat the sick and vulnerable with compassion?

For further information or interviews with Dr Suzie Gibson, please contact Trease Clarke at Charles Sturt Media on news@csu.edu.au or via 0409 741 789.