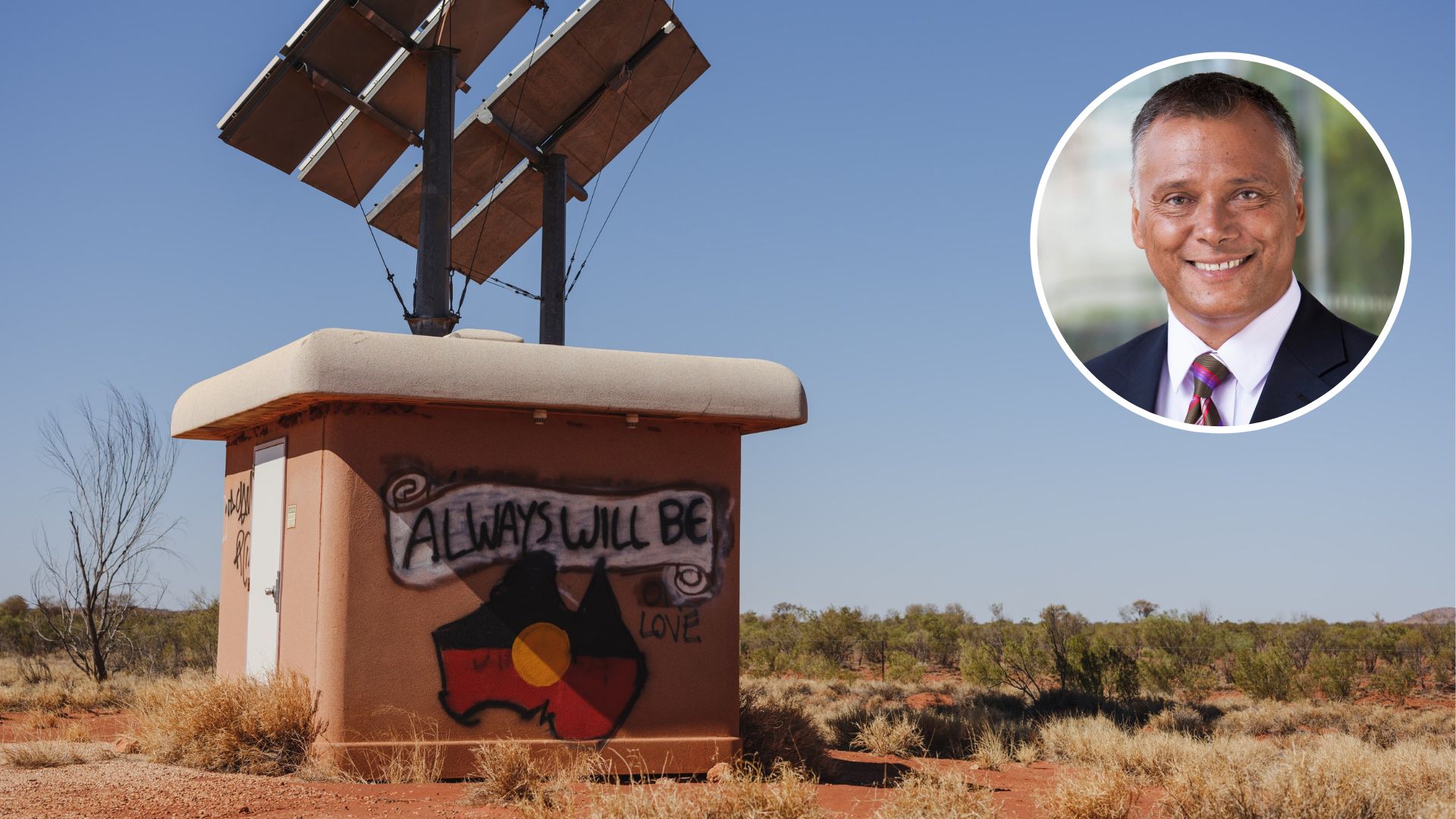 What does what's happening in the United States have to do with Australia's First Nations people? According to Charles Sturt's Vice-Chancellor's Chair of Australian-Indigenous Belonging Professor Stan Grant Jr, everything.

A leading academic in First Nations culture at Charles Sturt said what is happening across the world has relevance in Australia as the country comes to the end of NAIDOC Week.

As we celebrate NAIDOC Week, the world is on tilt.

As I write this, US President Donald Trump is bunkered down in the White House, in a world of denial, lost in his own lies and refusing to concede he has lost the election.

America is a divided country, split almost down the middle. It is lacerated by class, race and culture.

Despite President-elect Joe Biden’s call for calm and his pledge to unify the nation, the truth is there are blue states and red states and the people stopped believing politicians a long time ago.

In the so-called ‘land of the free’ and the ‘beacon of democracy’, democracy itself is under threat.

The US is devastated by COVID-19, its economy shattered, and it is haunted by the darkness of its history.

America is in many ways a microcosm of our world. Freedom House – which measures the health of democracy globally – now counts 13 straight years of declining freedom worldwide.

This is the era of the autocrat – the strongman. They have an iron grip on power from China to Russia, India, Turkey, Brazil, Hungary, Iran, Saudi … on and on.

Politics is tribalised and polarised, it is an ‘us-versus-them’ law of the jungle.

As democracy is in retreat so authoritarianism is on the rise. China is cracking down ever harder on dissent at home while spreading its influence abroad.

It is on track to supplant the US as the biggest economy in the world by the end of this decade. While it has embraced elements of market capitalism it vehemently rejects liberalism and freedom.

So what does this have to do with us and with NAIDOC Week? Everything.

The plight of First Nations people here is tied to the plight of our world. Australia’s democracy is stronger now than in other places. We are wealthy, well-governed, with a strong health system and social safety net. And we have survived the worst of COVID-19.

Yet in this ‘lucky country’, the First Peoples remain the most impoverished and imprisoned. This is the stain on the soul of the nation.

Australian democracy did not include Aboriginal people, our constitution was written to not count us in the population.

At the time, Australia believed Aboriginal people would die out. First Nations have endured segregation, exploitation, poverty and violence.

Yet the struggle for justice has never waned. From the time Captain Cook sighted land at Botany Bay, Indigenous people have resisted.

From the 1938 Day of Mourning, to the Wave Hill walk-off for land rights, to the 1967 referendum to include Aboriginal people in the nation, the Freedom Rides, the Tent Embassy, the historic Mabo  ruling by the High Court of Australia - Indigenous people have never relented.

In 2017, Aboriginal and Torres Strait Islander people came together for the Uluru Statement from the Heart, a document calling for ‘voice, treaty, truth’. It was an invitation for Australians to walk with the First Nations people for a better future.

Yet Australia did not believe in itself. The Uluru Statement was rejected and another moment lost.

As the world faces a volatile future – poorer, more disrupted and dangerous – with the increasing prospect of major conflict between the great powers, Australia celebrates NAIDOC Week uncertain of its own future.

We are a nation restless and illegitimate. How can we be otherwise when we fail to extend the promise of this country to its First Nations people?

There is a truth here that we cannot run from – indeed we must embrace. It is a truth that would set all of us free, which would give us all a fair stake in this country and allow ourselves to say we are one.

The truth is this is, was and always will be Aboriginal land.

For more information or to arrange interviews with Professor Stan Grant Jr, contact Nicole Barlow at Charles Sturt Media on 0429 217 026 or news@csu.edu.au.