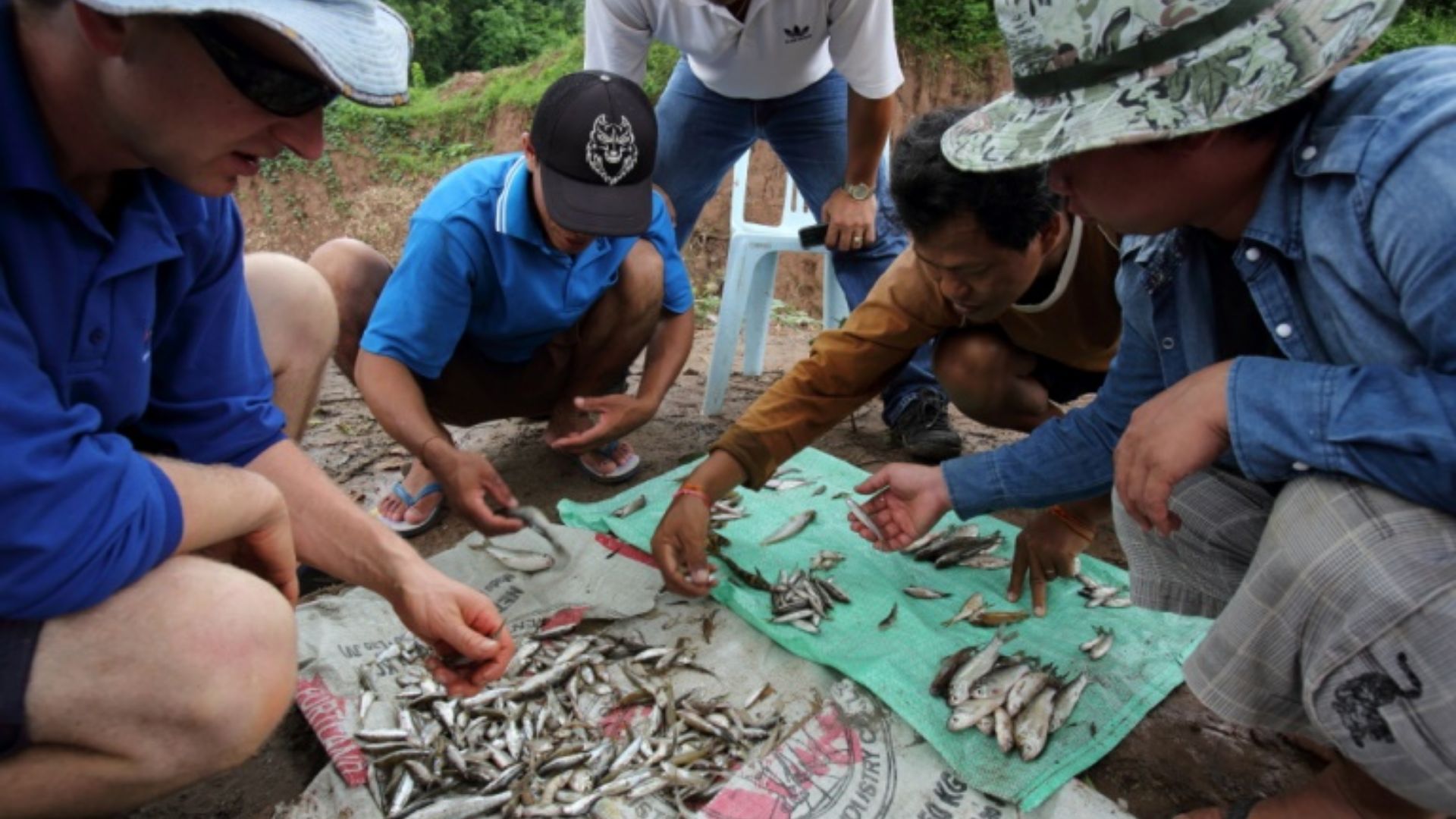 Dr Lee Baumgartner has spent his career researching and protecting the world’s fish and says the NSW Government’s new $10 million plan to combat our state’s ‘fish Armageddon’ is a last resort, but the tactics within the plan have worked in the past.

A fish expert at Charles Sturt University (Charles Sturt) has spoken out on the NSW Government’s new $10 million plan to combat the threat of large-scale fish kills this summer.

Associate Research Professor in Fisheries and River Management at the Charles Sturt Institute for Land, Water and Society (ILWS) Dr Lee Baumgartner says many of the initiatives in the plan are a last resort, but it is a good plan given the circumstances and has the potential to save many of the state’s ill-fated fish.

The plan to save the state’s fish is the largest of its kind established by the NSW Government, but Dr Baumgartner says the reality is, given the limited water and rainfall the state has at present, the plan is unlikely to have the large, positive impact the government and many in the community are hoping for.

“It saddens me that we are in this position; many fish are at risk and unfortunately, the reality is there isn’t much more outside of the government’s proposed actions than can done until it rains,” Dr Baumgartner said.

“There are a number of water storages at the moment which are below 1 per cent and the Macquarie River is predicted to stop flowing in the near future.” 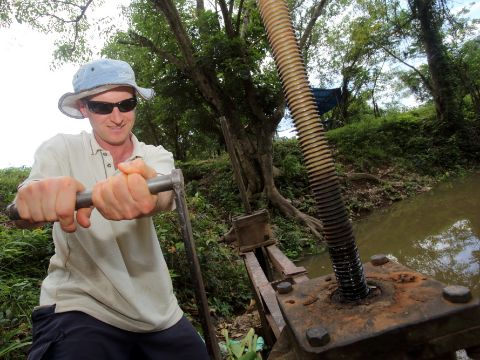 Dr Baumgartner (pictured) agrees the NSW Government’s plan accepts that a ‘fish Armageddon’ may occur and they are doing all that can be done given the circumstances.

“The plan states the government is going to use artificial aeration, oxygenation and chemical treatments and remove fish from their habitats and put them hatcheries,” Dr Baumgartner said.

“These are the short-term actions that are available when there aren’t any other options, but we need to also think long-term, which was pointed out in the recent Natural Resources Commission report.”

According to Dr Baumgartner, long-term actions such as better management of water resources, finding “out of the box” innovative solutions, and planning for future droughts are key to protecting the nation’s waters and fish.

He asserts the state, territory and federal governments, in collaboration with communities and traditional owners who are supported by the rivers, are all responsible for ensuring this happens to the best of their abilities.

“We have been in this position before, during the millennium drought; it wasn’t that long ago and we saw significant fish deaths,” Dr Baumgartner said.

“Yet I don’t think we learnt from that drought and have taken the best actions to protect our waters and our native water species.

“We need better policy on water sharing to ensure all stakeholders, people and the environment can benefit when water is scarce.

“I am not saying the short-term actions are not important or have no positive impacts. In fact, what the government announced as their modern day ‘Noah’s Ark’ has worked in the past.”

Dr Baumgartner pointed out the idea of taking distressed fish and putting them in a hatchery has seen some success. 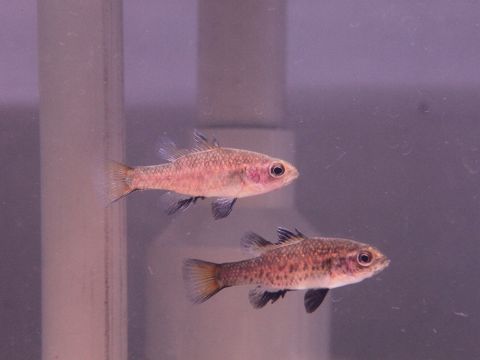 “During the millennial drought, pygmy perch were rescued from Coppabella Creek near Albury and put into an insurance pond and when it rained again, the fish were released back into the creek,” Dr Baumgartner said.

“Those fish today are thriving and they wouldn’t exist if this short-term intervention wasn’t taken.

“The rescued fish cannot be returned to the rivers unless there is rainfall and the longer you keep fish in hatcheries, the higher the risk they will become domesticated and not be able to be returned successfully.”

The plan’s tactic to use aerators was cited by Dr Baumgartner as having the potential to have a positive impact, but only if the fish are deployed strategically.

“By using aerators, you can save some fish in certain areas; but this needs to be tempered with public expectation,” Dr Baumgartner.

“No one wants to see further fish deaths, but you simply can’t buy enough aerators to save all fish everywhere. Some tough decisions will need to be made about what fish are rescued and where.”

Dr Baumgartner advocates that Australia needs to plan for the future and adapt water management practices to anticipate droughts rather than dealing with them when they happen.

“In Australia, we have seen a regular transition from flood to drought. Climate change is exacerbating these extremes,” he said.

“It was just three years ago we had a significant amount of water in the Murray-Darling and then, within just three years, we have transitioned into one of the driest periods on record.

“Most of the Darling is dry, irrigation allocations are close to zero and we see some towns on level 6 water restrictions. It is impossible to predict when conditions like that will occur. But we need to assume that they will.”

The NSW Government stated that the fish deaths looming in NSW this summer could result in even more fish killed than what was saw earlier in the year in Menindee.

Dr Baumgartner was a member of the scientific panel appointed to investigate the mass fish deaths in Menindee.

“When investigating the Menindee deaths, it was obvious to the panel that the events that conspired last year were not over. Without rain, we were only ever going to get a temporary reprieve over winter,” he said.

“When all is said and done, we are in a dire situation. The government’s last resort plan, the money they’re spending and the actions they’re taking illustrate that.

“No one likes to see fish and aquatic life under stress, and everyone wants to see better water management and water resources allocation. Collectively, we need to take better steps to ensure this happens.

“Any fish saved during the poor conditions will help fish populations breed when the conditions return to normal.

“I hope the plan is successful as possible but we also learn from this and avoid repeats in the future.”