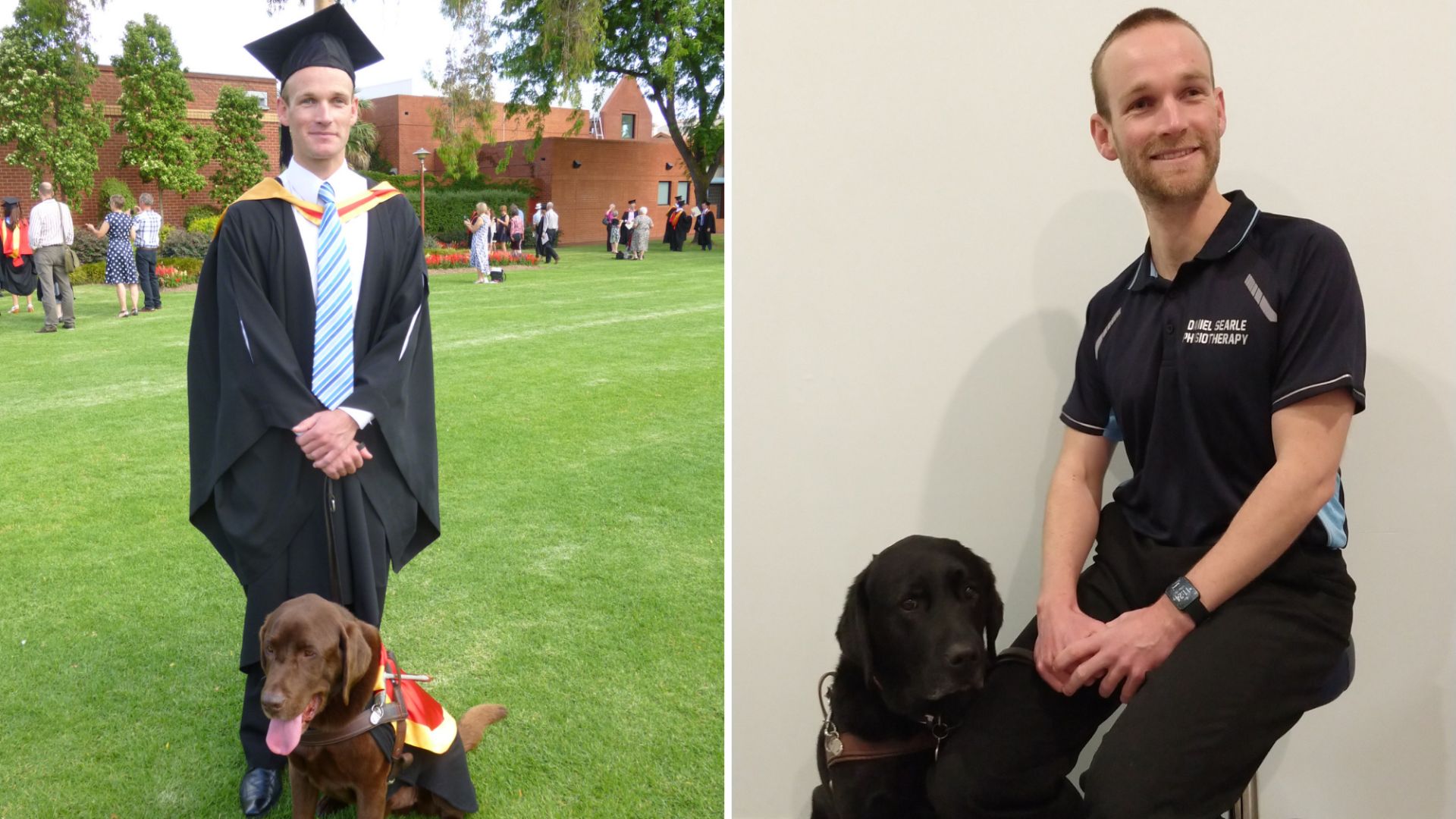 Ahead of World Physiotherapy Day, Daniel Searle shares how the most challenging experience of his life – losing the majority of his vision at 16 years old – led him to forge a career as a health professional and find great passion in helping others.

When Mr Daniel Searle had just turned 16 years old, his life changed forever when he lost the majority of his eyesight due to a rare genetic condition.

Every aspect of the then Year 10 student’s life, who lived in Barham in the south-west Riverina of NSW, was turned upside down.

He started to question if the milestones many young people on the cusp of adulthood experience – finishing school, leaving home, going to university, and starting a career – were going to be possible. 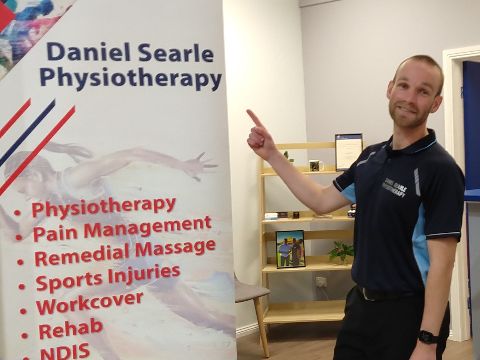 “When I lost my vision, it was a really tough year,” Daniel recalls.

“Sixteen is a difficult age for anyone, and it was a huge period of adjustment.

“In your late teens and early 20s, you are just forming your identity and at the time it felt like I had my identity ripped out from under me.”

Before Daniel’s vision impairment, he found he did not need to put in a lot of effort to learn at school.

“I just assumed in many ways that I would cruise through high school,” he said.

“Losing my vision really turned that upside down and made me question things.

“Year 10 is a time when all the kids get their learner’s drivers licence and go on work experience, and this just reinforced that there are things I am not going to have: I can’t drive; I might not be able to work.”

Trying to learn in the classroom was also difficult for Daniel in the beginning, but he eventually adjusted to new ways of learning.

He received an early entry offer to study a Bachelor of Physiotherapy at Charles Sturt and moved to Albury-Wodonga after finishing school.

“Prior to losing my vision, physiotherapy was something that was already in the back of my head. I liked sport and I wanted to work with athletes,” Daniel said.

“When I lost my vision, I got a lot of support through Guide Dogs Australia and Vision Australia and from occupational therapists, and it made a big difference to my life.

“It reinforced that I wanted to do something to give back – I want to help others in the way that I received help.”

Adjusting to university life was a massive undertaking for Daniel in the beginning.

“I had to learn how to cook, clean, and how to get around a whole new town.

“It was very demanding, but some of my fondest memories of Charles Sturt University were how willing people were to help me and how they treated me just like any other student.

“It was nice knowing that if I did need help in those first few years, my uni mates were there.” 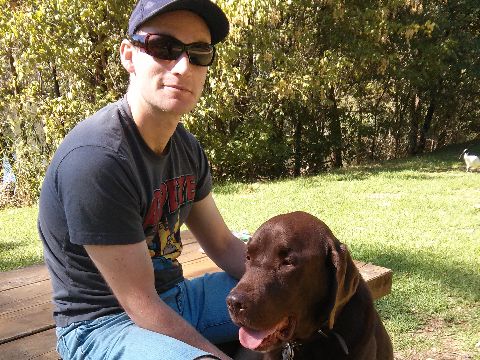 There was one university friend in particular Daniel could rely on – his guide dog Bear (pictured together).

“I got Bear in my first year studying at Charles Sturt University and he was a huge part of my experience,” he said.

“All of the lecturers and students knew him, and he was treated as part of the year group.

“He was always present in lecturers and would often fall asleep, but just before the end when people starting shuffling papers, he was always up and ready go to.”

When Daniel graduated in 2014, Bear was right by his side and even received a certificate of his own.

“When I graduated, they announced my name and Bear’s name and gave Bear a certificate too,” he said.

“That was really special to me – Bear was another member of our cohort.”

After university, Daniel went travelling to Europe and landed back in Albury-Wodonga to kick start his physiotherapy career.

He worked for a few local private practices before discovering his passion for pain education and his desire to start his own physiotherapy practice.

He completed a Graduate Certificate in Pain Science in 2018, and now spends some of his downtime volunteering to educate other health professionals about pain.

“The study I did in pain science helped me to realise I needed to grow and explore what else I was capable of, so I decided to set up my own business, Daniel Searle Physiotherapy, about 12 months ago,” Daniel said.

“I really enjoy running my own business. If I recognise that a patient needs help and they can’t afford it or if I think a patient needs extra time during their appointment, I can make that decision to still treat them. 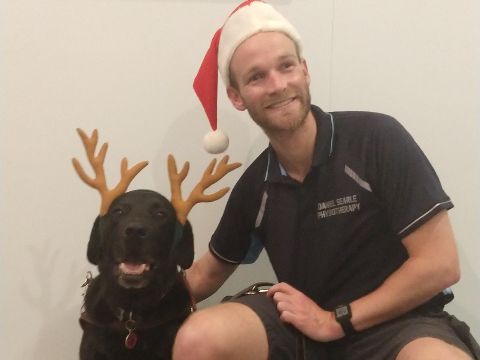 “I can also spend extra time with my patients and really find out what is going on in their lives and what factors might be influencing their health.

“When you have that relationship, and I am able to share my vulnerabilities with people and they can share theirs with me, people completely forget that I am vision impaired.

“All I ever wanted was to be respected and valued as a person.”

When reflecting back on the choice he made to become a physiotherapist during one of the toughest periods of his life, Daniel is happy with his decision.

“For me, being a physiotherapist has been a really good career choice and one where I can give back; although, there is much more involved than I thought there was at 16,” Daniel said.

“Losing my vision was very stressful, but it led me to opportunities I wouldn’t have got otherwise. 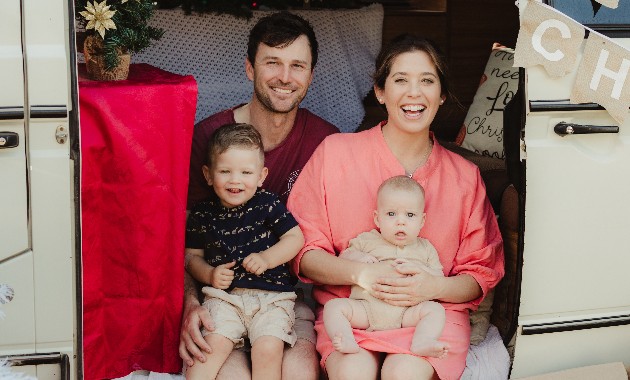 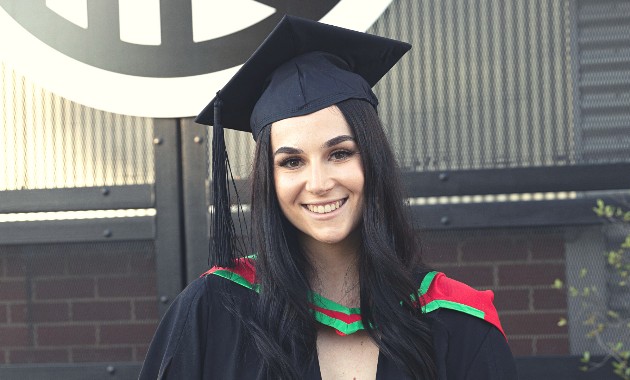 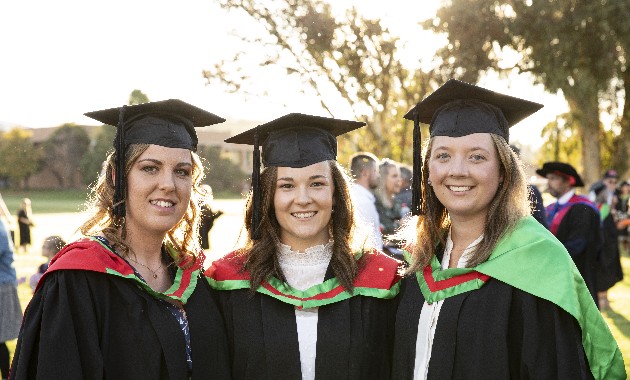