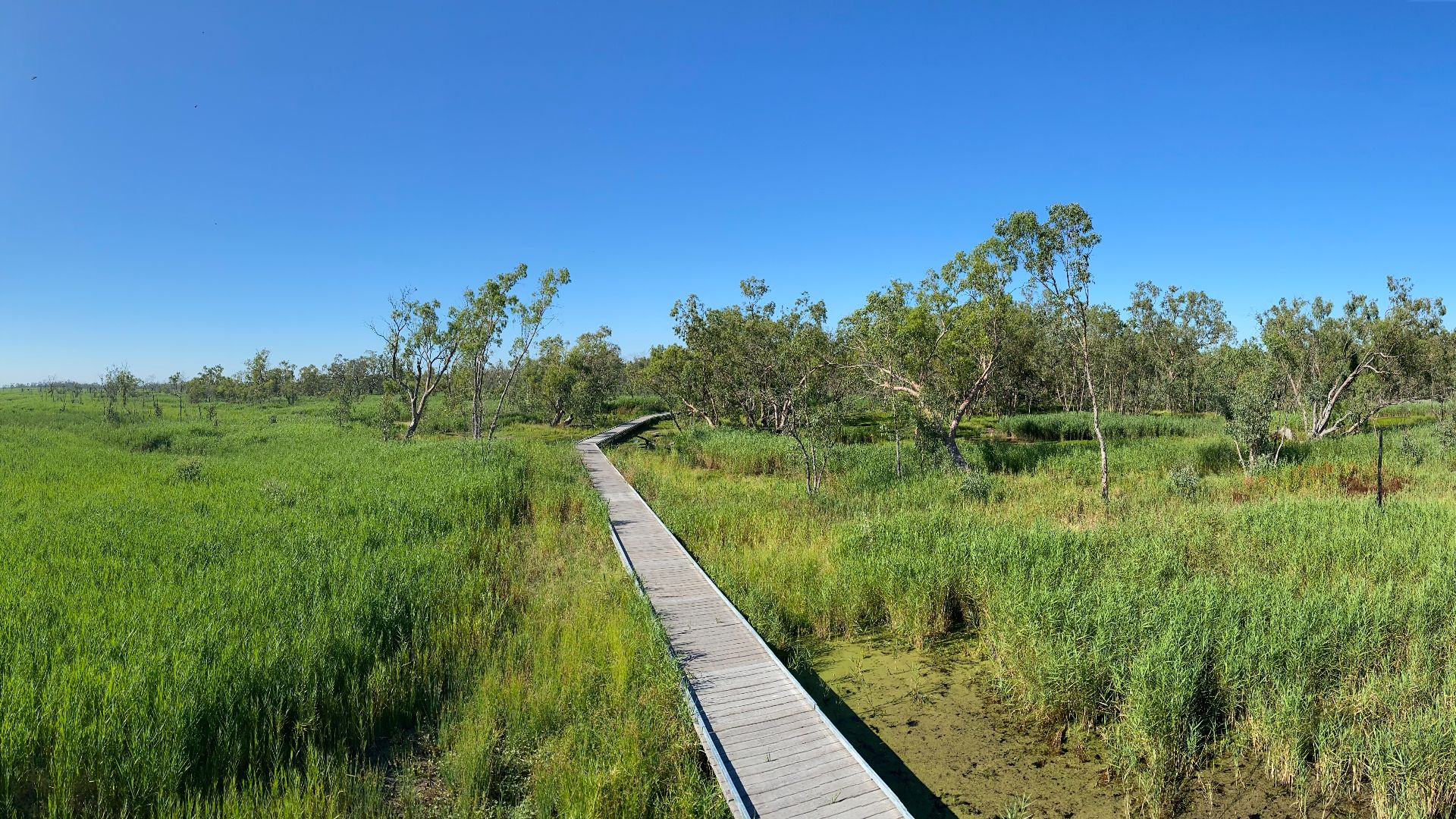 This year marks 50 years since the formal start of international efforts to protect the world’s wetlands, and although much has been achieved to conserve wetlands during this time, researchers at Charles Sturt say wetlands are still under threat.

World Wetlands Day is celebrated every year on 2 February and commemorates the formal start of international efforts to stem the loss of wetlands globally through the establishment of the Ramsar Convention on Wetlands in 1971.

To mark the Convention’s 50-year anniversary, and in honour of World Wetlands Day, four researchers in the Charles Sturt University Institute for Land, Water and Society (ILWS) are shining a light on the important role wetlands play and the need for new and increased efforts to protect and conserve these distinct and precious ecosystems.

By Professor Max Finlayson (pictured), Wetland Ecologist and Adjunct Professor in the ILWS. Professor Finlayson will present a special one-hour webinar for the Sydney Wetland Institute titled, ‘Role of Ramsar Convention in conserving wetlands’, on Tuesday 2 February at 3pm.

Since the Ramsar Convention’s inception, a lot has been achieved – 171 world governments are now part of the Convention, and some 254,540,512 hectares of wetland has been listed as Ramsar Wetlands of International Importance. That roughly equates to 15 per cent of the global wetland area, although there are still gaps in the global data sets.

Despite these efforts, wetlands, their species and ecosystem services (the benefits they provide to people) continue to be lost.

With the successes and shortcomings in mind, attention has turned towards alternative ways of considering wetlands, including:

The last point takes us into the legal field of granting “personhood” to wetlands and respecting this and taking responsibility to ensure that they exist in the future.

As we celebrate 50 years of activity through the Convention, the proponents of the rights of wetlands are keen to extend the paradigm, to challenge our land and water users and decision-makers to build on the visionary efforts of those who met in Ramsar city in 1971.

By Dr Liz Znidersic (pictured), ecologist and ornithologist in the ILWS

Wetlands support approximately 40 per cent of the world’s biodiversity and play a critical role in human health and the health of our planet, including in climate change mitigation. But we must understand them if we’re going to protect them.

As wetlands worldwide are declining, species that inhabit them are also under threat. Wetland birds, including rails, crakes, snipes and bitterns, are sensitive indicators of wetland health, but due to their notoriously secretive behaviour, we know remarkably little about their distribution, population status and ecology.

To better understand the distribution of the little-known wetland bird species in eastern Australia, Professor David Watson and I are conducting a study using remote cameras and acoustic monitoring technology to ‘eavesdrop’ on wetland birds. We will monitor their diversity and breeding events and determine how they contribute to improving wetland health.

Our aim is for the research to facilitate new effective monitoring of wetland bird communities that will result in improved on-ground management of both private and public wetlands across Australia, and benefit wetland bird species and wetland communities by ushering in a new era of environmental monitoring that is non-invasive.

Through sharing the outcomes of this research and continued collaboration with computer scientists and software engineers, this research’s impact will ripple out well beyond the billabong.

By Professor Lee Baumgartner (pictured), specialist in fisheries and river management in the ILWS.

Few people know that before dams and weirs were part of the landscape, our wetlands were teeming with fish life.

A 1915 survey reported that in NSW, a single wetland could host up to 100,000 native fish. These included thousands of juvenile recreational fish, such as Murray cod; but also thousands of fish now considered threatened like southern purple-spotted gudgeon.

With the benefit of hindsight, it was quite obvious that these wetland billabongs were very important nursery areas for native fish. But our fish have since declined rapidly. Failure to protect these important nursery sites means that many of our wetlands are now mostly populated introduced species.

In places like the Mekong Basin – a trans-boundary river in East Asia and Southeast Asia – wetlands are critical to the livelihoods and nutritional needs of millions of people.

In fact, up to 60 per cent of the animal protein in the diets of people in the Mekong region come from aquatic animals with nursery sites in the wetlands, and most of the region’s fish are caught as the water levels in the wetlands rise during the wet season. Climate change, creating more severe droughts, and the development of rice irrigation is threatening these important food sources.

It is important that developers and governments come up with new and innovative ways to ensure wetland development occurs in a sustainable way and can cope with expected extremes under climate change scenarios.

Human-made wetlands such as town lakes, rice fields and farm dams are really important in our work to try and stop the decline of wetlands species.

These wetlands provide a whole suite of social and ecological values. Farm dams, irrigation channels and rice fields in the Riverina are considered important habitats for an array of species, including wetland feeding habitats for bird species such as the Australasian Bittern.

While the value of these wetlands may be overlooked by many in the wider community, this is not the case for landowners and local organisations who have promoted efforts to develop their importance for biodiversity through the application of local knowledge and collaboration with researchers. These collaborations have opened the way for future research based on the important principles of participation of local communities and the application of multiple knowledge sources, as encouraged through the Ramsar Convention, and as a platform for further citizen-based science.

We will need both human-made and natural wetland systems functioning in a healthy state if we are to stem the decline of wetland biota.

Donations to Professor Watson and Dr Znidersic’s ‘Eavesdropping on wetland birds’ research project can be made online via the Charles Sturt Advancement Office webpage.