These cattle and water buffalo might look at home on the Australian landscape but Charles Sturt research has shown that feral ungulates are causing more harm than good to national parks and conservation areas in the Northern Territory.

Charles Sturt research shows that feral ungulates, such as cattle and water buffalo, are damaging national parks and conservation areas in northern Australia.

It is from the remotest parts of the Northern Territory that a Charles Sturt University PhD candidate has sought inspiration for research that could make an impact on the longevity of the land in the top end.

Ms Helenna Mihailou was born in Darwin and recently moved from Limmen National Park to a remote reserve in central Australia. She completed a Bachelor of Biotechnology and Cell Biology with La Trobe University before completing a Graduate Diploma of Ornithology at Charles Sturt University.

This research is intended to inform policies to protect the native flora and fauna in national parks and conservation areas. It was while living at Limmen National Park that she noticed the negative impacts of feral ungulates (also known as hooved mammals) on savanna waterholes.

“I wanted to know how this might be affecting the native animals that also relied on these waterholes, but after doing some reading, I quickly realised that there had been very little research in this field in Australian savannas,” she said.

Ungulates are not native to Australia, and therefore native ecosystems are sensitive to damage from grazing and trampling by these large animals.

In hot climates, ungulates can drink up to 10 per cent of their body weight in water per day which concentrates their impacts around waterpoints. For her research Helenna fenced 10 waterholes in Limmen National Park to exclude feral ungulates, mostly cattle and water buffalo. Through surveys of the 10 fenced and another 10 unfenced control waterholes, as well as imagery collected using automated wildlife cameras, Helenna made several significant conclusions.

“I found that there was significantly more bare ground around the edge of waterholes accessible to ungulates,” she said.

“Bird diversity was significantly lower as the dry season progressed at waterholes accessible to ungulates, compared to fenced waterholes. This shows that the use of small-scale fences can provide important refuge areas for native bird species during periods of water scarcity.”

She found that macropods, dingoes and feral ungulates visited waterholes more during the drought, but that cattle visitation increased the most dramatically, visiting approximately three times more often and spending six times longer at the waterholes. This behaviour by cattle may increase competition with native species for access to important resources available at waterholes during drought years.

“Overall, this research indicates that even at low densities, feral ungulates have significant negative impacts on native flora and fauna communities around savanna waterholes in northern Australia,” she said.

This research will be beneficial to conservation land managers, particularly government bodies that oversee the management of national parks in northern Australia. A flow-on benefit will reach the community as the protection of the native flora and fauna will ensure enjoyment for future generations.

Associate Professor in Ecology/Ornithology in the Charles Sturt School of Agricultural, Environmental and Veterinary Sciences Melanie Massaro has supervised Helenna during her research. Melanie intends to further research the impacts of feral ungulates in the NT. She is currently in touch with First Nations owners in Arnhem Land to continue this research and measure the benefits of feral ungulate removal on a larger scale

Comparisons have been made to feral cattle being as big of a problem in the NT as brumbies are in NSW. But even with proof of the damage caused by ungulates, Helenna said the issue is more complicated due to the role of extensive pastoralism in northern Australia.

“Domestic cattle are typically ear-tagged or branded, so their owners can be contacted to remove them from protected land. However, some animals evade mustering and continue to live and breed within conservation areas.”

“The offspring of these animals are unbranded, untagged, wild cattle which damage sensitive habitats in conservation areas which have been set aside to protect native plants and animals.”

Helenna said land managers of national parks and other protected areas are largely powerless to cull feral cattle because those cattle, even those that have been feral for generations, are considered the property of whoever owned the branded animal from which their lineage began. However, ownership of such feral, untagged animals cannot be determined without expensive DNA testing, creating a no-win situation for land managers. While special mustering contracts permit the occasional removal of feral cattle from some conservation areas, the remoteness and vastness of the NT landscape limits the wide-scale practicality of this approach.

“Due to the legal complexities involved, feral, untagged cattle are effectively immune to culling in northern Australia. This is what makes the issue of feral cattle in conservation areas and national parks in the NT potentially worse than the current controversy surrounding brumby control in national parks in NSW,” she said.

“In addition, feral cattle are much more widely distributed across northern Australia than brumbies are within NSW, and therefore their potential collective impact on native habitats is greater.”

“While ungulates, such as horses and cattle, may inspire empathy due to their familiarity and magnificence, the conservation of irreplaceable native Australian fauna and their habitats should be paramount – whether that be in NSW, in the NT, or elsewhere.”

Helenna said it is up to the wider community to work together to find practical, scientifically informed solutions to control feral species in conversation areas across the country.

Photo caption: (Main image) Images and footage of feral cattle were captured at a degraded waterhole in the NT through research conducted by Ms Helenna Mihailou (pictured, inset). 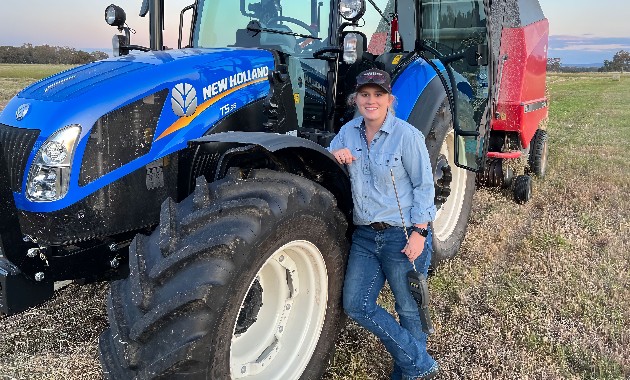 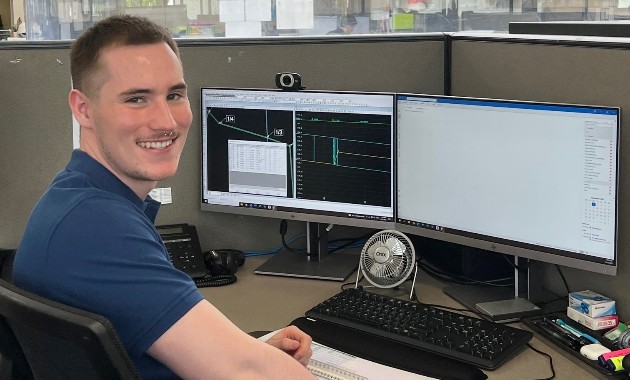