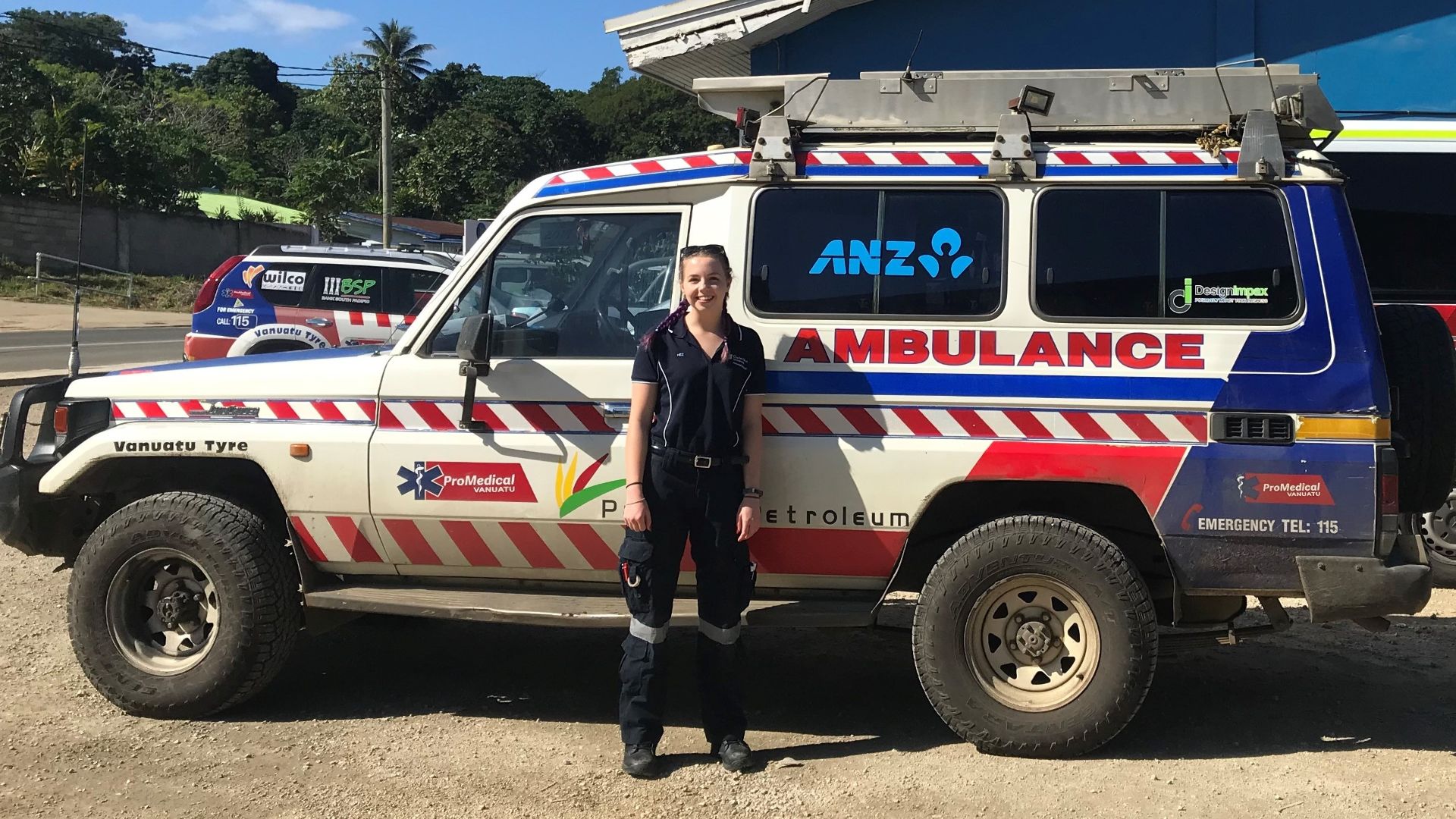 Research by Charles Sturt University paramedicine honours student Ms Heulwen Spencer has highlighted the challenges paramedics face in rural and regional areas regardless of the increasing pressure from the COVID-19 pandemic.

“I realised during high school that being a paramedic would be the perfect career for me because it incorporates a mix of biomedical science, the unpredictable nature of the job and the ability to help people,” Ms Heulwen Spencer (pictured) said.

Heulwen moved to Bathurst in regional NSW in 2018 to study the Bachelor of Paramedicine in the Charles Sturt School of Nursing, Paramedicine and Healthcare Sciences.

“I subsequently learnt from brilliant paramedics with extensive rural experience,” she said. “This really opened my eyes to the disparities experienced in rural and remote communities, which I probably wouldn’t have considered had I still lived in an urban area.

“In my second year at university, I was given the opportunity to participate in an interagency tactical exercise which required a follow-up research project. This opportunity was what first introduced me to the world of research.”

Heulwen’s research title was ‘Understanding how the role of a paramedic differs depending on the degree of rurality’.

“As the small scale of honours research projects only allows for a limited number of participants, my sample size was six participants,” she said.

“This research has involved me reaching out to paramedics and conducting long-form video-chat interviews with them.

“My findings concluded that paramedics working in regional, rural and remote areas experienced alterations in their roles and responsibilities due to the limited availability of resources in these areas, and this impact was amplified as the rurality of a location increased. 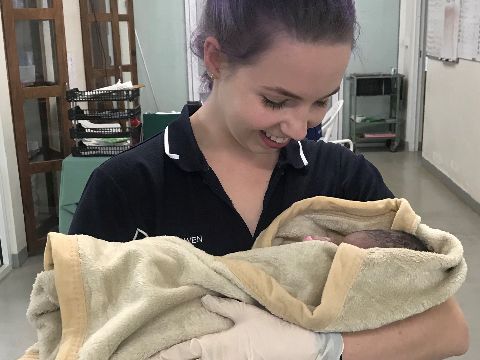 “Paramedics felt generally unprepared to deal with these changes. This was the same for both those who only had vocational (on-the-job) training from their employers and those who had additional university training.”

Heulwen said paramedics felt that they were required to learn new coping mechanisms to deal with the negative impacts of working rurally, which could impair their mental and physical wellbeing as well as their clinical judgement.

“While paramedics felt the impacts of a decreased workload on their competency of skills, this was combated by proactive self-directed learning and continuous professional development,” she said.

“All the paramedics highlighted a greater need in rural areas for paramedics with increased scopes of practice, such as an Extended Care Paramedic qualification/certification to address the healthcare disparities faced by these communities as a result of their geographical isolation and proximity to major towns.”

Heulwen found one thing the research highlighted was that, while there was a greater need for paramedics with increased scopes of practice in these locations where general healthcare resources were otherwise limited, there was no scope identified for paramedics to complete this specialised training and return to their rural or remote station while retaining their new qualification.

“Hopefully this research will assist in getting these much-needed resources out to rural and remote areas,” she said.

“In addition, the study found that paramedics generally felt unprepared to work in rural locations by either their university training or pre-employment training provided by their employer, which demonstrates that the approach to paramedic education also needs to be addressed.”

Heulwen has presented her research findings at the Rural, Outback and Remote Paramedicine (ROAR) conference. She said so far the industry feedback has been positive, with many rural paramedics agreeing with and validating the findings.

“This was incredibly beneficial as, due to the nature of the conference itself, the audience was already dedicated to the advancement of paramedic practices in rural areas,” she said.

“This opportunity allowed paramedics not actively engaged in research to understand where we stand currently as a profession, how far we’ve advanced over time, and what needs to be addressed to improve both the wellbeing of rural paramedics, and the health outcomes of rural and remote community members.”

Having recently graduated, Heulwen said she most looks forward to moving somewhere new and further improving her knowledge and experience.

“In the future, I want to specialise and become employed in either a humanitarian or rescue role,” she said.