Just take a breath: elite athletes share secrets on how they stay positive 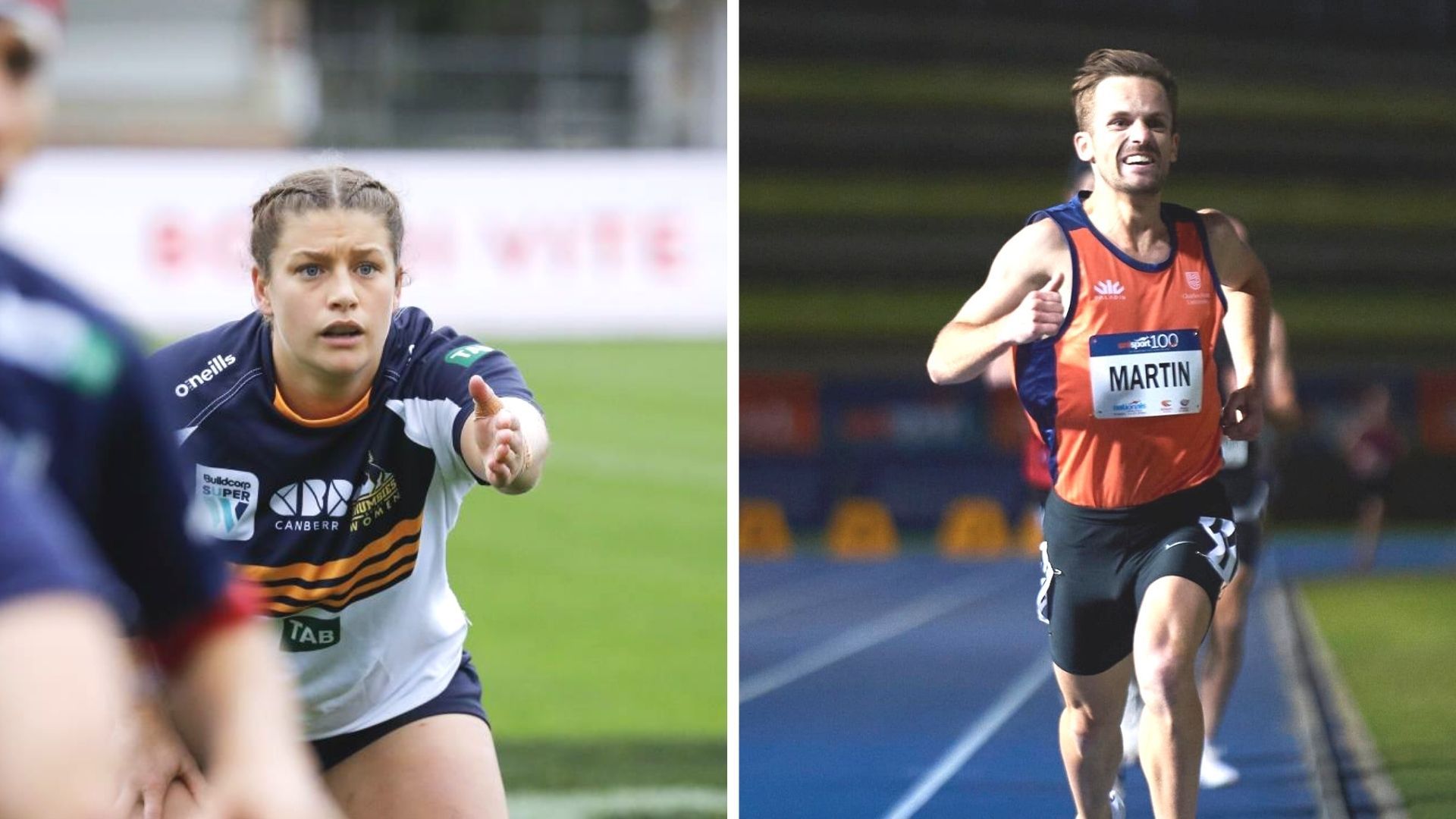 During Mental Health Month two elite athletes at Charles Sturt University outline how they have kept on top of study, work, home life, and their intense sporting regimes.

A passionate rugby union player for almost a decade, it was Harriet Elleman’s love of coaching rugby that led to a career change to pursue a life in teaching.

Born in England, Harriet emigrated to Nowra NSW in 2001 where she grew up and attended Nowra High.

With an interest in animals, she studied a Bachelor of Animal Science after high school at the Charles Sturt School of Agricultural, Environmental and Veterinary Sciences at Wagga Wagga.

However, having had a taste of touch football previously, a poster on the campus gym wall piqued her curiosity into playing rugby union.

Harriet fell in love with the game and quickly realised she had a natural flair for it. This led to her contacting Charles Sturt to enquire as to whether she could utilise her animal science degree as a springboard for pursuing further study to become a teacher.

Harriet has now completed two semesters of her teaching degree and is in her element.

“I feel strong and empowered when playing rugby,” Harriet said.

“I get to train and play alongside talented and wonderful women who support me on and off the field.

“The Charles Sturt Elite Athlete Program has allowed me to travel to Canberra three times a week for training while maintaining my part-time study regime.

“Lecturers understand that I am juggling two areas I am passionate about, which has allowed me to receive extensions to stay on top of both.

“The financial support through the program’s scholarship has also enabled me to pursue both my academic and sporting goals, which would not have been possible otherwise,” she said.

“I was placing a lot of pressure on myself to succeed at everything – my course, rugby, and working to support myself and I realised I had a problem,” Harriet said.

“Seeing a psychologist really helped calm my anxiety by talking through my thoughts and emotions.

“Taking three, big, deep breaths to reset is another tool I use to maintain a positive headspace.

“I also prioritise getting at least seven to eight hours sleep a night to decrease my stress levels,” she said.

Harriet values reading, walking, and listening to podcasts as other tools to reset and calm her mind.

She is currently in the extended squad for the Brumbies Super Women’s Rugby Union Squad, hoping to be selected in the Super W Competition in 2022, and is the assistant coach to the Southern Sports Academy Rugby Union Program.

The male track and field star in Bathurst

His passion for track and field events which started from an early age also led to a desire to become an elite athlete, while obtaining his teaching degree.

Brandon was born in and has lived in Bathurst most of his life and is now a first-year student in the Bachelor of Education (K-12) in the Charles Sturt School of Education in Bathurst.

After high school, wanting to take a break from study, Brandon joined the Army as an infantry soldier, to focus on developing his physical prowess.

“I wanted to throw myself into some gruelling and challenging situations to see how physically and mentally tough I was,” Brandon said.

“I also wanted to make my family proud by fighting for Australia.”

Brandon realised after four years of service that life in the Army wasn’t for him, so he applied to study a Bachelor of Education (K-12) at Charles Sturt instead.

“After experiencing life in the Army, I felt I was better equipped to educate and mentor young people as a teacher,” he said.

Brandon was also accepted into the Charles Sturt Elite Athlete Program which has helped him juggle both coursework and continue his passion for track and field events.

“The program has allowed me to navigate my racing schedule and assessment dates when they clash, which has been a huge relief,” he said.

“I’ve been running with my parents since I was 10, and my current focus is on the 1500 metres and the 5,000 metres along with some road running events.

“With most events cancelled this year due to COVID-19, I was lucky to be able to race in these events at the UniSport Nationals, which Charles Sturt made sure I was registered for, kitted out with gear, and ready to go.”

Brandon places huge value on maintaining his mental health to feel successful in all endeavours in life.

“Once I joined the Army, I realised mental health can deteriorate quickly and can affect all aspects of life.

“Opening up to my family and friends has been my rock in managing stress.

“Maintaining a routine with a balanced work, study, sporting and social life helps manage my self-doubt and keep me on track with each area of life.”

Brandon noted the depression he experienced during his time with the Australian Defence Force.

“I struggled being so far away from family and felt like I couldn’t open up to anyone around me about how I was feeling, as you don’t want to be seen as weak or unreliable in that environment.

“I worked through this dark time myself by having time out and away from any of the situations that caused stress.

“Taking a deep breath and finding a way to press the reset button can change your perspective and actions from that point,” he said.

Brandon is currently competing in track and field events and cross country running at a national level. He also has his sights set on achieving his personal best in the 10 kilometre race at the Sydney Running Festival in December.

For more information or to arrange an interview with Harriet Elleman or Brandon Martin, please contact Trease Clarke at Charles Sturt Media on mobile 0409 741 789 or via news@csu.edu.au 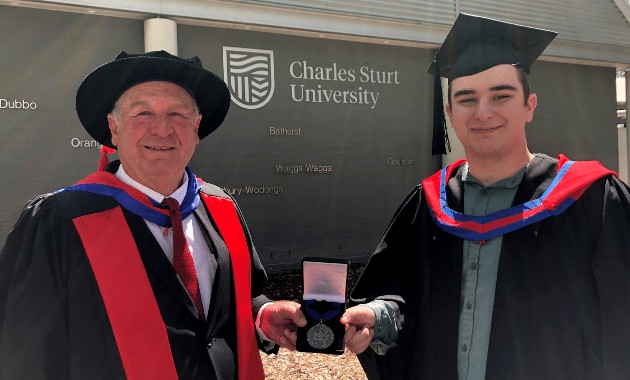 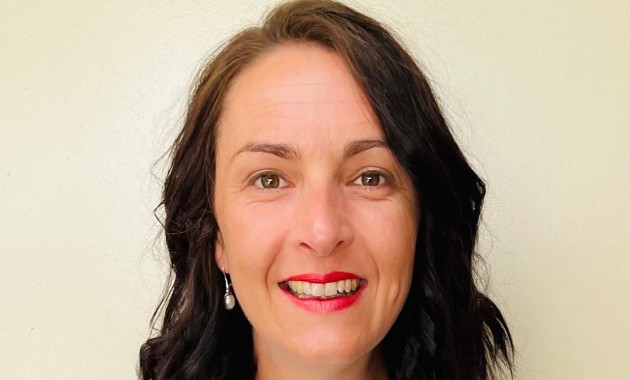 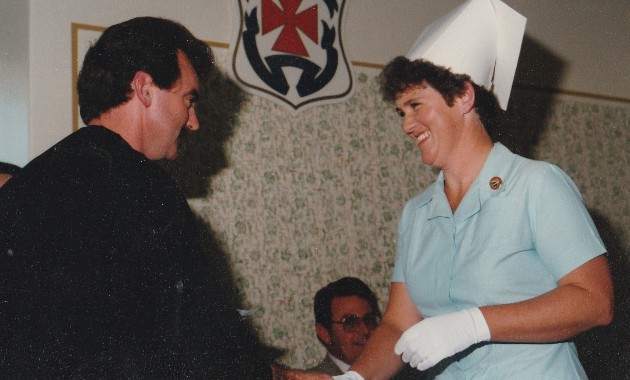