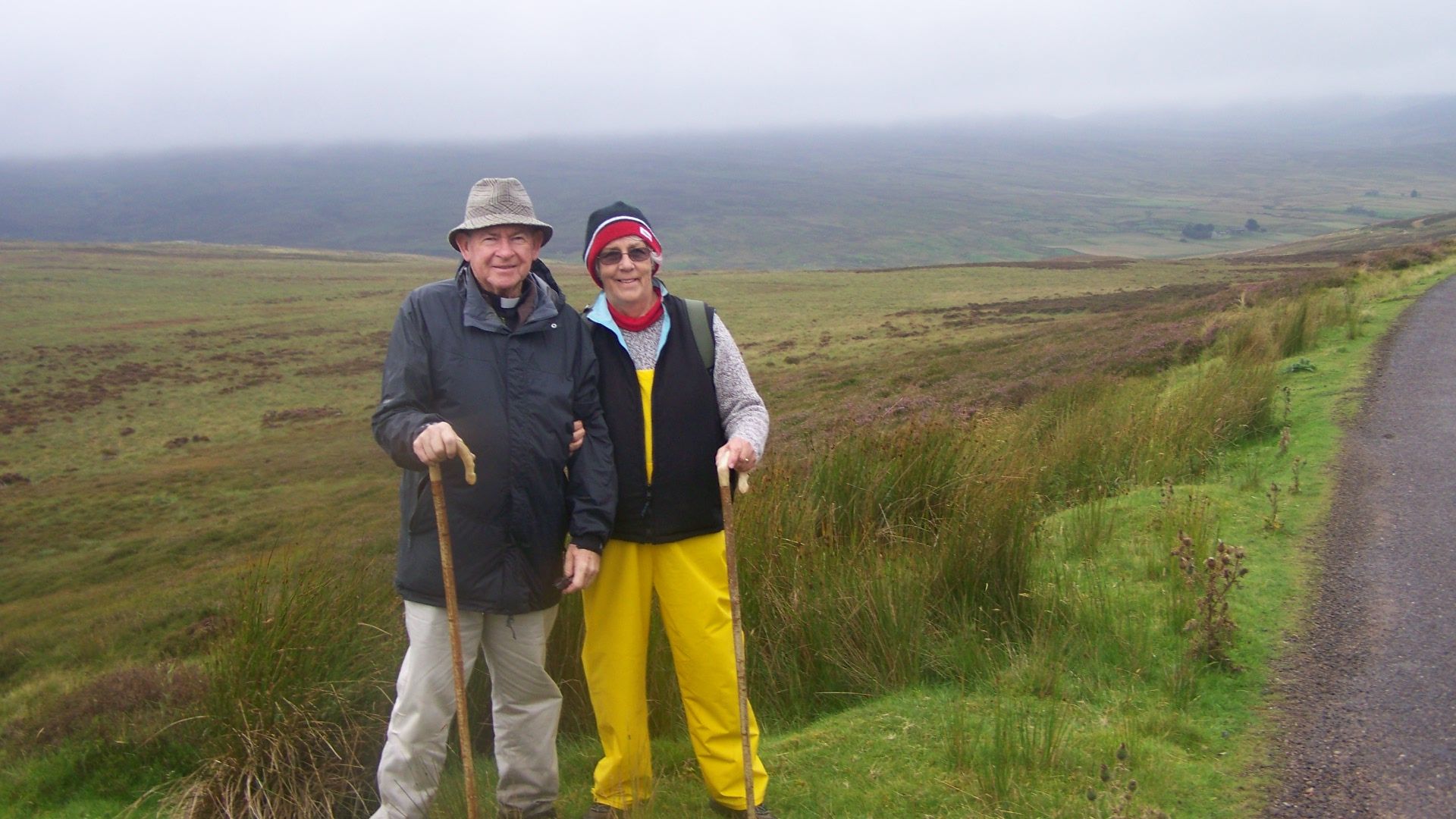 At the start of Adult Learners Week (Tuesday 1 to Tuesday 8 September) an octogenarian studying theology reflects on his career as chaplain in the military, police force, and in far-flung small communities from the Shetland Islands to Dunedoo.

“I was not keen to be a ‘son of the soil’,” said 83-year-old Reverend Tony Lang, OAM, who was born and bred in Leeton, NSW, where his father and grandfather farmed the land.

After a long career as a military chaplain and more recently a police chaplain, and numerous postings in parishes in NSW, Queensland, and Scotland, Rev Lang is nearing completion of a Master of Arts (Theological Studies) in the Charles Sturt University School of Theology.

“Working towards a master’s is an intellectual challenge, but who would have it any other way?” he said.

“Those who want to study at master’s level are driven for many reasons, including for the intellectual challenge and the undoubted satisfaction of acquiring it, and even I, in my retirement, don’t want simply to hang it on the wall upon completion.”

Reflecting on his career, Rev Lang said that like most country kids nearly 70 years ago, he left school at age 15 and served a six-year apprenticeship on the Murrumbidgee Irrigator in Leeton as a compositor, “ … a trade that has joined the dinosaurs; letter press is long gone”.

“At 22 I moved to the Newcastle Morning Herald and it was in Newcastle I met my wife-to-be, Janet, a Gunnedah girl doing her nursing training at Royal Newcastle Hospital,” he said.

“I met her at church, which may have been just as well, for 18 months later we married in 1962, after she graduated.

“I was accepted as a student of the ministry of the Presbyterian Church, so started on another six years’ study and work.”

To be accepted Rev Lang had to return to school to complete the Leaving Certificate which he did, of all places, at Hamilton Girls’ High School, and he was subsequently ordained at St Peter’s, in Coonamble NSW, in 1970.

“I’d done National Service when I was 18, so had a real feel for military service, and in 1976 I was commissioned as a chaplain in the Australian Regular Army, where I spent the next few years until retirement.”

“I very much enjoyed military chaplaincy, and I didn’t want to leave.”

For Rev Lang the highlight of that career was conducting the service for 75th anniversary of Gallipoli, at Gallipoli in 1990.

“We took 58 veterans back to Gallipoli who had fought in that campaign,” he said.

“What an unforgettable experience!”

Rev Lang subsequently accepted a call to the parish of St Andrew’s Gladstone, Queensland, and it was there that he became a part-time police chaplain. His final parish was St Andrew’s in Manly, NSW, where he followed on as a NSW Police Chaplain.

Upon retirement in 2002 the Langs moved to the village of Wangi Wangi, by the tranquil waters of beautiful Lake Macquarie, NSW, which is four-times the size of Sydney Harbour and the largest salt water lake in the southern hemisphere.

“Our five children still manage to see quite a lot of us,” Rev Lang said.

“We enjoy the company of our cats Tonkie and Maisie, and Jock the border collie, and share the fruit and vegies Janet grows with bush rats, possums, fruit bats, sulphur-crested cockatoos and probably a few more; we live and let live.”

Rev Lang said as a rather restless soul and committed to ministry, he ran a vacant parish part-time, was also part-time chaplain in an aged-care facility, and is still a police chaplain.

In 2008, still restless and open to where he believed God was calling him, he took a locum position in the parish of the North Isles, Shetland, working for the Church of Scotland.

“My wife Janet came with me, of course, for what was a most amazing, unforgettable experience,” he said. “I loved Shetland and the remarkable people there.

“We lived on the island of Unst, Britain’s most northerly and remotest island, and there were three islands in the parish: Unst, Yell, and Fetlar.

“Getting out to conduct services on Fetlar on the small Roro ferry was challenging at times when the North Sea was stirred, and I still dream of that place, wild and lonely as it is.”

The following year the Langs moved to mainland Scotland, to a small parish in the north-east Highlands, near Wick in the county of Caithness, Britain’s most northerly mainland county, and again it was for the Church of Scotland.

“The parish was Lybster-Dunbeath, where the countryside was much softer, and beautiful, and again we had an unforgettable ministry,” Rev Lang said.

“The people there were delightful too, and we still keep in touch with folk in Shetland and Caithness.

“My mother was Scottish, and her mother used to tell me, wistfully, ‘Scotland is the most beautiful country on earth’. She came out to Australia with her husband, but I don’t think she wanted to.”

In 2015, after returning to Australia, Rev Lang was awarded a Medal of the Order of Australia (OAM) ‘for services to the Presbyterian Church in the field of chaplaincy’.

“This was a wonderful, if undeserved, honour, and I know most awardees feel the same since there are just so many quietly committed workers out there, unrecognised,” he said.

Since returning to a quieter life Rev Lang has enjoyed some three-month locum postings in NSW country parishes such as Bowenfels, near Lithgow, and Dunedoo, north-west of Mudgee.

Rev Lang has diplomas in Divinity, and Pastoral Studies, both from Melbourne College of Divinity, a Master of Theology (from University of Newcastle), and a Graduate Diploma of Education from the South Australian College of Advanced Education.

“The latter was really a promotion course the Army had specifically prepared for chaplains moving from major to lieutenant-colonel, but I retired before reaching that exalted rank,” he said.

Rev Lang said all the subjects he has chosen in the Master of Arts (Theological Studies) will assist him with the next book he’s planning to write, and he chose to study at Charles Sturt after approaching a number of other universities.

“I found a couple of universities not very encouraging, and at least one discouraging, but when I approached Charles Sturt University I was treated with the utmost courtesy and consideration,” he said.

“I was given every encouragement to proceed, and had a personal letter of support from Associate Professor David Neville, Lecturer in New Testament studies.

“I was really impressed when I saw the number of theological courses on offer; everything up to a PhD, let alone all the other degrees available.

“For me it was a no-brainer, and to it all was the bonus of Charles Sturt University’s reputation as a first-rate university.

“I’m quite enjoying online education, because I can stay in the comfortable surroundings of my own study with my books and phone at-hand and the lecturers are only too happy to answer any queries, as well as the ZOOM lectures which put one in the classroom anyway.

“My experience to date has proved my initial decision to go with Charles Sturt University was the right one.”

And what’s next for this irrepressible octogenarian?

“I’m not sure what the future holds, but I’m still a bit restless,” Rev Lang said.

“The call of Scotland is still there … so who knows?”

Find out more about the different courses at the School of Theology.

Find out more about courses at Charles Sturt, Australia’s most experienced online university.

Photo: Rev Tony Lang and his wife Janet hiking in the Highlands of Scotland. 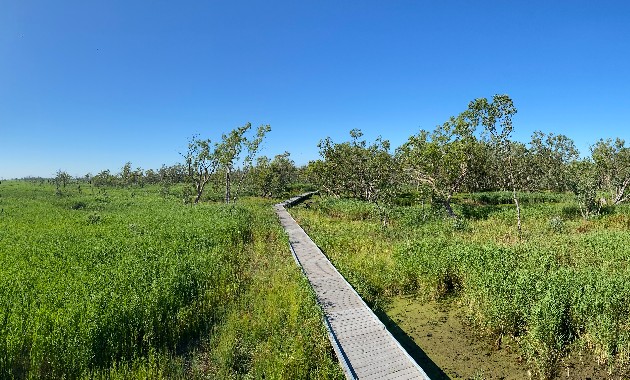 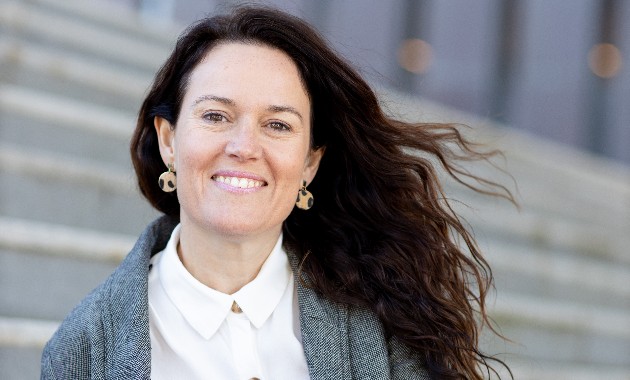 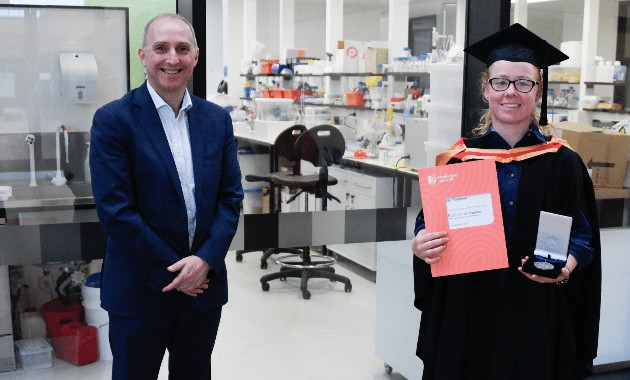