To celebrate this Saturday’s World Veterinary Day, Charles Sturt University is sharing the story of one veterinary graduate who went above and beyond to help injured pets and wildlife affected by the recent NSW south coast bushfires.

Newly-qualified veterinarian Dr Caitlin McFadden said she was on what felt like a ‘marathon’ during the 2019-2020 bushfires.

From helping to perform emergency surgery on an animal on New Year’s Eve with no lights except her head lamp when the power was cut, to going on search-and-rescue missions to help find and treat injured wildlife, Caitlin has endured her fair share of professional challenges this bushfire season.

“The bushfires in my area started in late November, so it was a marathon,” Caitlin said.

“We had families, including clients of Milton Village Vet where I work, lose their homes and everything they own.

“Where I work opened our doors for evacuee animals and we saw a lot of wildlife, as well as pets, be brought in due to bushfire injuries or smoke inhalation.”

During the bushfire season, Caitlin treated a wide variety of wildlife, including animals veterinary clinics do not usually see.

“To start with we had a handful of dogs and cats that had burnt feet and smoke inhalation to treat in hospital,” she said.

“When the coastal roads and the highway were reopened after the New Year-period bushfires, we started getting calls for injured and burnt wildlife and members of the public, ambulance officers and firefighters were all bringing in burnt wildlife. “This ranged from echidnas, possums, and kangaroos, but we were also seeing animals like feather tail gliders, greater gliders, and wallabies that we normally would maybe only see once or twice a year.”

It was the last day of 2019 that Caitlin faced one of the most challenging times of her life and career.

Caitlin’s own family were among those trapped in Lake Conjola on New Year’s Eve.

Communication to the area was cut for 48 hours and despite not knowing whether her family was safe, she had to provide assistance during an emergency surgery.

“The last phone call I had from them was that they were surrounded by flames,” Caitlin said.

“Just before the fires hit, the vets at the clinic were about to start an emergency surgery, which I was providing assistance on.

“Then the power went out and we could see flames coming towards Milton, so we had to get in and do surgery in the dark with head lamps like the good old days.

“While we were worried about our families’ safety, we put that aside to help the patient that was in front of us.

“Thankfully, my family is ok, and the patient ended up doing really well and made a full recovery.”

Caitlin wasn’t just treating animals in the clinic during the bushfire season, she was also going on search-and-rescue missions, and even took a possum home every night for a week to try to nurse it back to health. “One of the vet nurses and I went out for a few days after the New Year’s Eve fires to attend to burnt kangaroos in the Conjola area, but unfortunately many were not able to be saved as their tails and feet were too far burnt.

“I also drove down to Kiola to look after kangaroo joeys with either burns themselves, or they have come into care because their mother had to be euthanised due to severe burns.

“At the clinic I also treated a number of possums with severe burns to their feet. Unfortunately the one I took home looked great until day eight when the burns started to break down and I had to make the heartbreaking decision to put him down.”

Caitlin shared that one of the hardest things she had to deal with during the bushfires was not getting attached to the animals.

“I think the hardest part about being a new graduate is we are still trying to figure things out, learning not to become incredibly emotionally attached to our patients,” she said.

“This has been hard for me in the sense that we mentally and physically put weeks into these animals only for some of them to have to be put down, with things going south in the space of 24 hours with no warning." 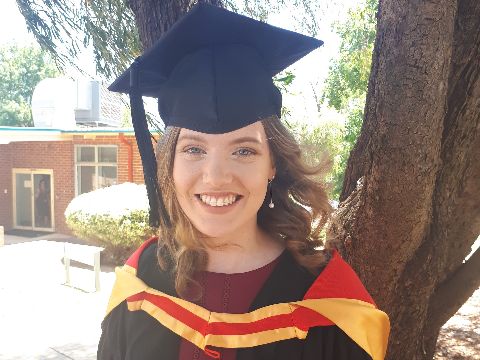 As a new graduate faced with helping animals through the nation’s largest bushfire crisis, Caitlin said treating wildlife long-term as a whole has been a very steep learning curve for her.

“I was just getting my head around the normal dog and cat medicine and all of a sudden we were getting dozens of different species in to treat,” she said.

“Even though I have treated many species I have never done anything with before, I feel my training at Charles Sturt University gave me so many problem-solving and practical skills that allow me to deal with any case that comes my way.

“Overall, my experience enduring the bushfires has definitely made me appreciate wildlife medicine so much more and in the grand scheme of things, I wish we treated more wildlife because unfortunately many were incinerated as the fires were just so hot.”

Although Caitlin had been doing a host of inspiring work during the bushfires, she said it was her own community that inspired her during the tough period.

“The strength of our community during this period has been inspiring,” she said.

“Our community also had tremendous support externally, from getting supplies for everyday life all the way through to wildlife carers and vets getting medical supplies donated. The response was so heart-warming.

“The more severe these climate events become, the less likely these animals are going to recover from something as horrific as this.”

To arrange interviews or for images, contact Rebecca Tomkins at Charles Sturt Media on mobile 0456 377 434 or news@csu.edu.au 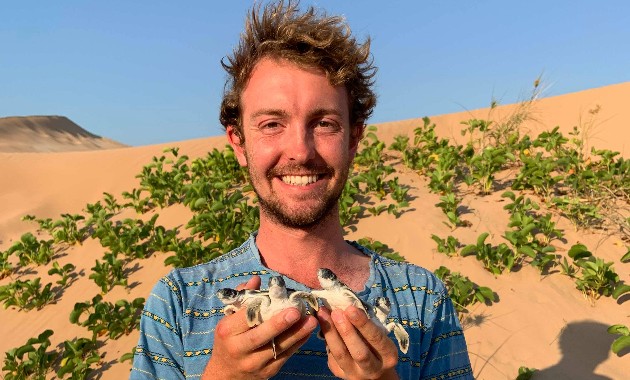