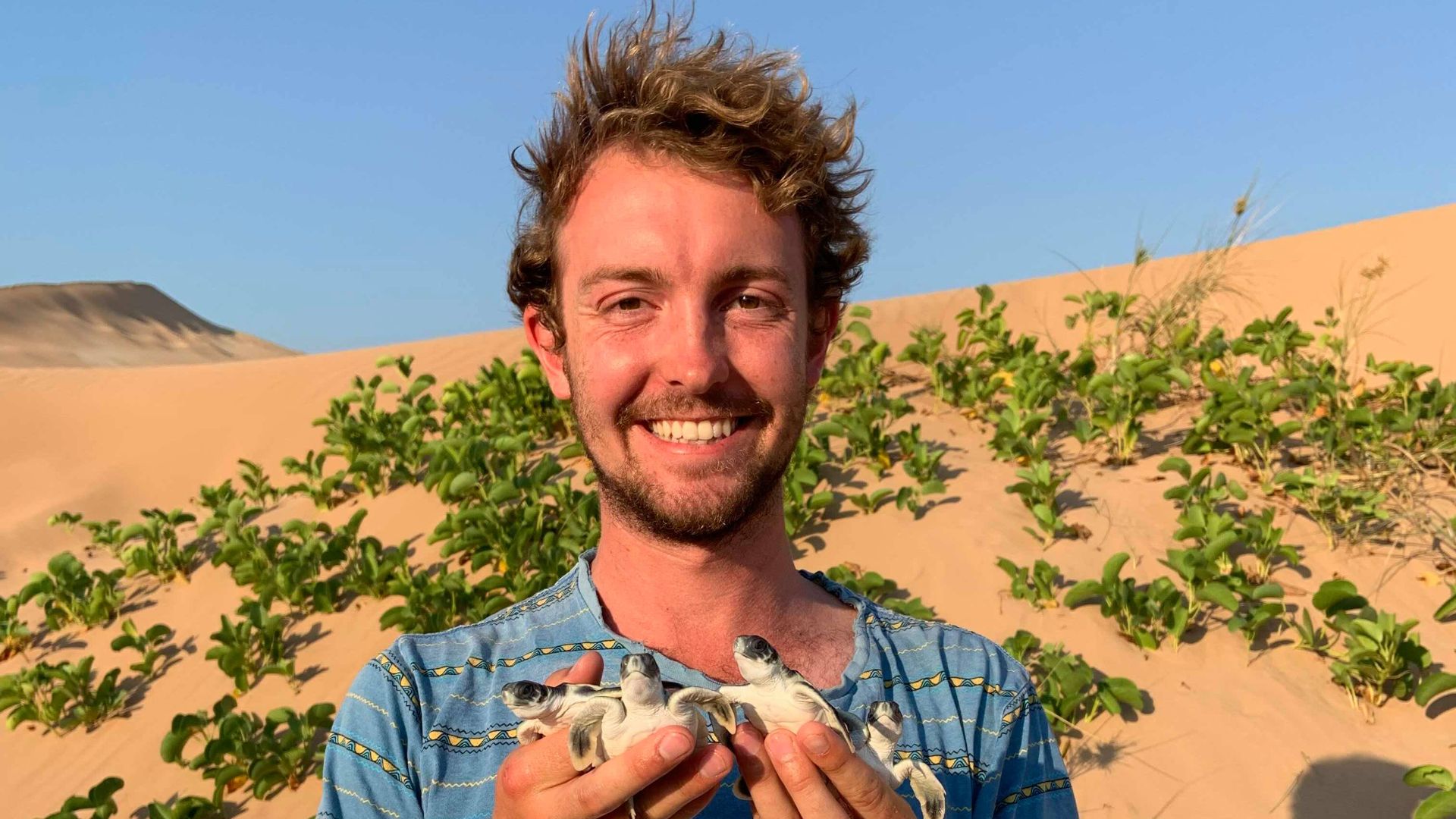 To mark World Turtle Day on Saturday 23 May, Charles Sturt University student Mr Ben Mills is sharing the results of his flatback sea turtle research project and shining a spotlight on the risks facing turtles.

To mark World Turtle Day on Saturday 23 May, Charles Sturt University student Mr Ben Mills is sharing the results of his flatback turtle research project and shining a spotlight on the risks facing turtles.

When veterinary student Mr Ben Mills (pictured above) had to decide what animal he would base his final-year honours research project on, he immediately knew he wanted to do something that would help protect sea turtles. 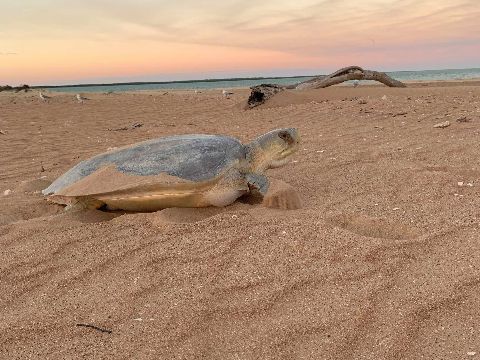 He decided to trade in the surrounds of Charles Sturt University’s Wagga Wagga campus for one of the Northern Territory’s most isolated islands, Bare Sand Island.

There he would conduct the first study that investigated how shade can be used to lower the sand temperatures where the island’s flatback sea turtles nest.

According to Ben, like all species of sea turtles, flatback turtle populations are at risk of becoming extinct due to a number of threats, many of which are human-influenced. 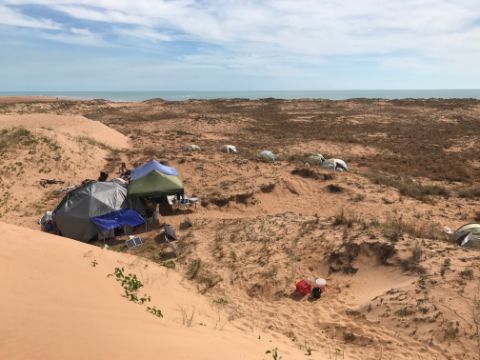 “This is a really serious issue for flatback turtles because they have a very limited nesting distribution, so they will be harder hit by climate change.

“For other sea turtles, if their nesting areas become unsustainable, they have more of a chance to adapt.

“Flatback turtles also deserve special attention as they are the only turtle endemic to Australian coastal waters.”

For three weeks, Ben camped with a research conservation group on the uninhabited island to conduct his research.

“The island was really cool, it is uninhabited and essentially bare sand – there are only a couple of trees on the islands,” he said.

“It is basically a giant sand dune in the middle of the Timor Sea with no showers or plumbing, which was an experience.” 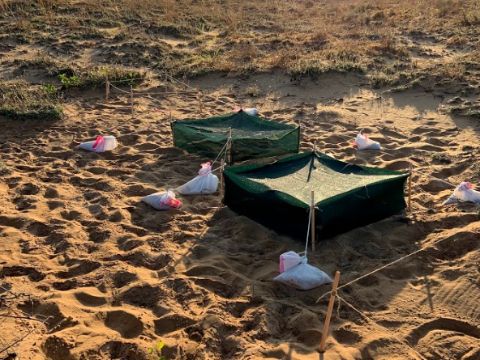 When he wasn’t tackling the unique challenges of Bare Sand Island life - which included making sure his bath time didn’t coincide with a crocodile in the water - he was monitoring the temperatures of the nine flatback turtle nesting sites (pictured) used in his study.

“My findings indicated that shade is an effective means of lowering sand temperatures,” Ben said.

“I found that the 50 per cent shade material, which is a lightweight shade material, had the best results because it cooled sand more during the day and allowed sand to shed more heat at the surface at night. 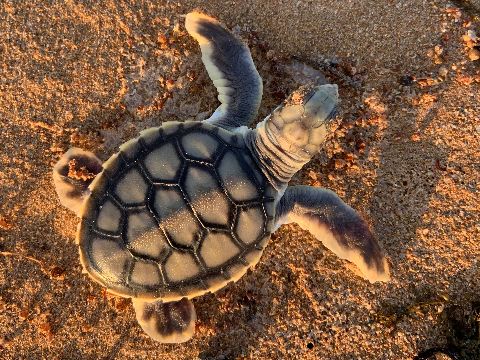 Although Ben was pleased the findings of his study indicated that shade can be used to cool turtle nests enough that it could slow the impact of climate change, he warns the flatback turtle still faces significant risks.

“The shade can only cool down the nests by 1 to 2 degrees,” Ben said.

“So we need to take action and keep climate change increases to 1 to 2 degrees because if we don’t take other measures, we will have temperature increases that are so high that the use of shade won’t be effective to cool the nests.

“This will put the flatback sea turtles at risk of extinction.”

The risks facing turtles and the importance of protecting turtles are promoted each year on World Turtle Day (Saturday 23 May).

Ben said the day is an awesome opportunity to shine the spotlight on turtles and the issues they are facing.

“A lot of people are not aware of how at-risk the turtles are and the short amount of time they potentially have left on the planet,” Ben said.

“That is why I am really happy to share my research and that Charles Sturt University is shining a spotlight on World Turtle Day. 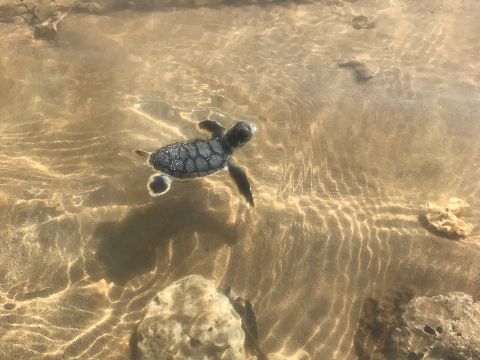 “Sea turtles play a number of important roles in their ecosystems and perform multiple functions in coastal environments.

“They are also important to the economy – they bring in a lot of money in terms of tourism because a lot of people want to see them when they go to the coast.

“We need to protect them for future generations to experience and learn about.

“We all have a role to play in helping these species that have been pushed to the edge and doing what we can to protect them.”

Ben is hoping to create a manuscript on his study and get his findings published so others can conduct research in this field.

“More research is definitely needed because, unfortunately, you can’t just implement shade and say the problem is fixed,” Ben said.

“Studies need to assess how the construction of shade structures on beach dunes affects other species of flora and fauna, and if it can be harmful to nest success.

“We also need to consider whether the use of shade cloth could contribute to coastal environment pollution.”

Image note: The wild turtles in the images were rescued the day the photos were taken and were released that night so they could avoid predators.

A video with information about Ben's study and World Turtle Day will be published on Charles Sturt's social media channels on Saturday 23 March. Media are welcome to use this video. 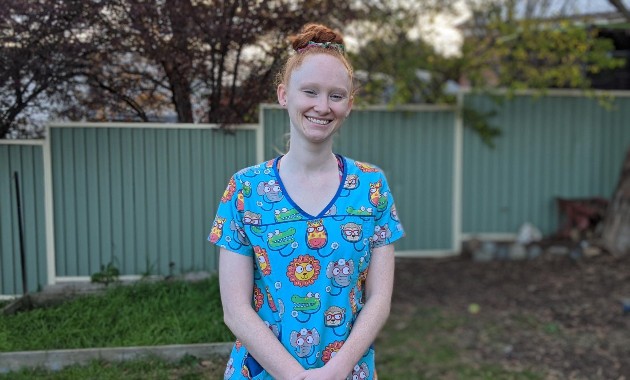 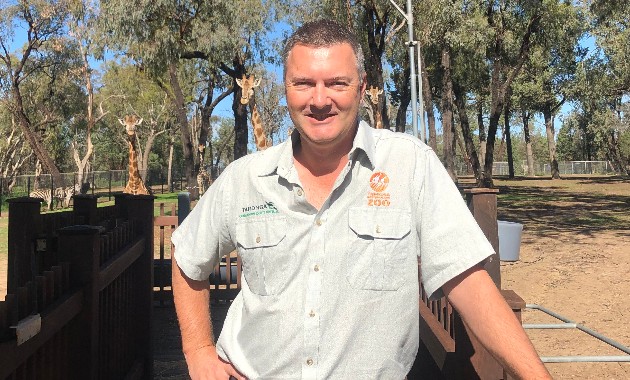 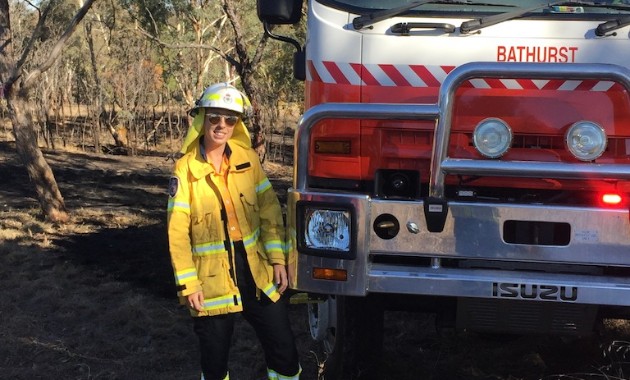