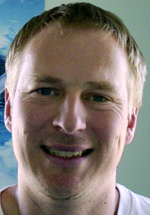 A Charles Sturt University (CSU) lecturer worked as part of the team that created the sound track for director Baz Luhrmann’s big budget epic motion picture Australia, starring Australian actors Nicole Kidman, Hugh Jackman and David Wenham.
Mr Damian Candusso, a lecturer at CSU’s School of Visual and Performing Arts who took leave for the second semester in 2008 to work on Australia, says he’s delighted that he was able to maintain his professional film industry career while developing skills and technologies that he can impart to his students.
“Australia has the biggest budget of any Australian film to date, which means that the work performed on the soundtrack was equivalent to that of a Hollywood blockbuster,” Mr Candusso said. “I worked alongside two of Hollywood’s leading rerecording mixers, Anna Behlmer and Andy Nelson, for the two months of the sound mix which was one of the final processes to complete the film. This was an invaluable experience that I can now translate to teaching my students at CSU.”
Mr Candusso, who grew up in Griffith, NSW, teaches students in the areas of animation, visual effects, and multimedia arts, and is currently teaching and developing a ‘sound’ subject for the course. He has research interests in the integration of digital assets, audio design, as well as remote collaboration.
Throughout the sound mix for Australia, the sound team took up residence at the new purpose-built facility StageOne, which is owned by the Deluxe Group and was built in consultation with Andy Nelson, who is also the head of sound and leading sound mixer at 20th Century Fox in the United States.
Although he was in Sydney for the final few months of post-production on Australia, Mr Candusso started work on the film earlier in the year from his studio in Wagga Wagga.
“From my studio, and utilising the sounds of the surrounds of Wagga Wagga, I was able to record and edit many of the sound effects used in the film,” Mr Candusso said. “Quite a lot of recording was done on location by the supervising sound editor, Wayne Pashley, especially in regards to the ambience and atmospheres, however Wagga did supply many spot sounds needed to fill in the gaps.
“It’s wonderful to be away from Sydney, living in Wagga Wagga and teaching at CSU,” he said. “It has enabled me to explore and develop ways to ‘work remotely’ in a real-time environment in the Australian film industry.”
In addition to lecturing at the University, Mr Candusso works as part of the Big Bang Sound Design team, headed by Wayne Pashley, which was the sound design team for George Miller’s Oscar and multi-award winning Happy Feet (2006).
Since moving to CSU, he has worked on the Russian feature film 1612: Chroniki smutnogo vremeni (2007), and most recently Daybreakers (2008),written and directed by Michael and Peter Spierig, and starring Ethan Hawke, Willem Dafoe, Sam Neil, and Australian actors Claudia Karvan, Isabel Lucas and Vince Colossimo.
Other Australian productions he has contributed to includeThe Magician (2005), Little Fish (2005), Candy (2006), Catch a Fire (2006), Like Minds (2006), the TV show Farscape (1999-2004), and television animation for Yoram Gross (Blinky Bill, series 3). He also wrote a track for Jewboy (2005), worked on X-Box games and has worked with artists such as High 5 and Iva Davies.