Two CSU graduates could soon grace screens worldwide if the advertisement they star in wins the Crash the Super Bowl competition. 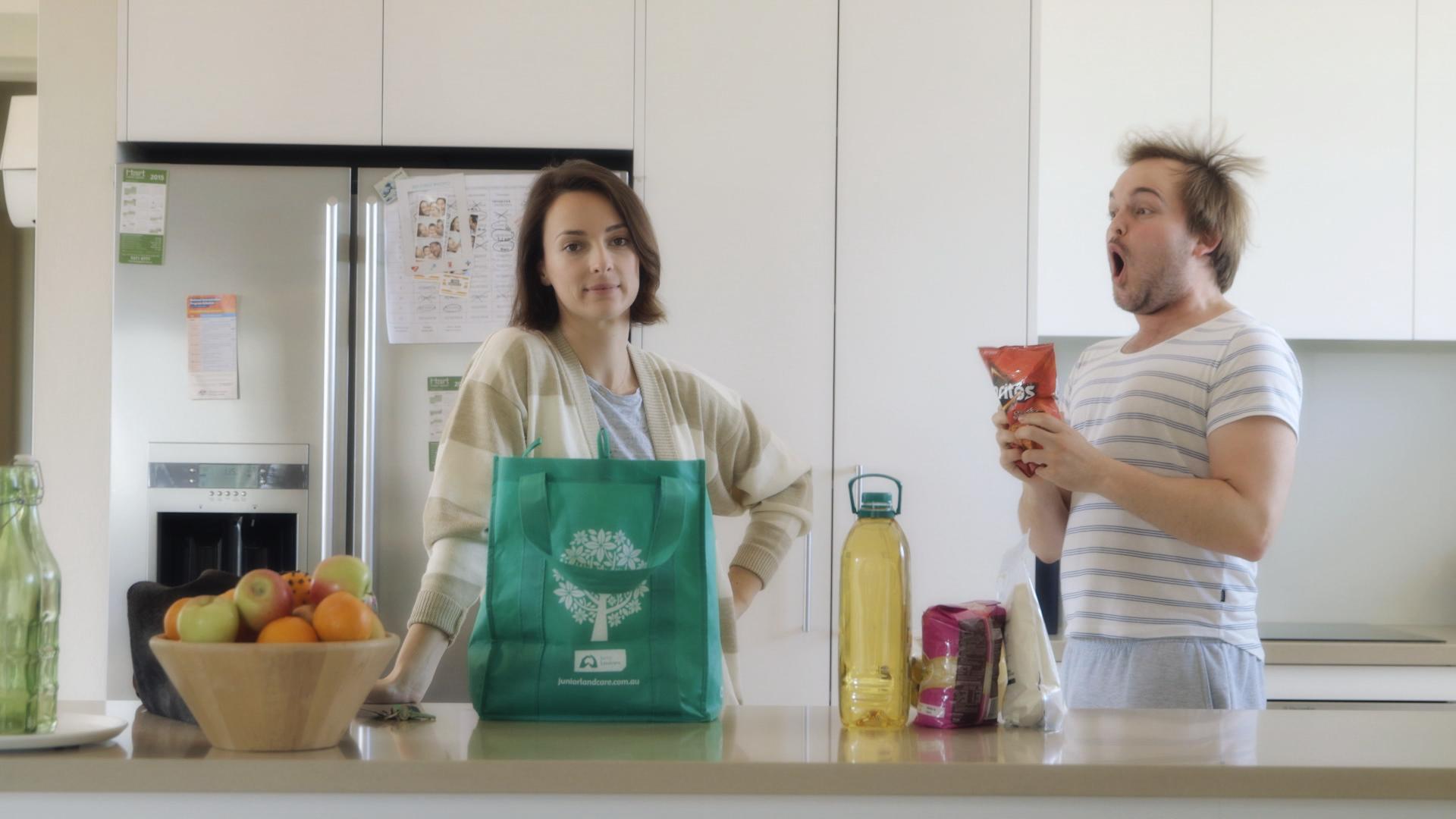 Two Charles Sturt University graduates could soon grace screens worldwide if the advertisement they star in wins the Crash the Super Bowl competition.

"Armand de Saint-Salvy, the director and writer of Doritos Manchild approached me to be involved in the commercial, I read the script and thought it could be very funny," Ms Sarks said.

"As soon as Mitch was lined up to play the Manchild, I knew it would be a hoot to make."

As part of the annual Crash the Super Bowl competition, Doritos invites fans to create their own advertisement. Ten finalists then compete to have their homemade ads air during the Super Bowl broadcast and seen by more than 110 million people. The creator of the ad that receives the most consumer votes from the Super Bowl broadcast will win a $1 million (U.S.) grand prize and the opportunity to work for a full year onsite as a contractor at Universal Pictures.

Ms Sarks, who is perhaps most recognisable in Australia for her roles as Leigh Burrows in Wonderland and as Zoe, the receptionist in the national Toyota campaigns, had previously worked with Mr Wright on a comedy – experience she feels was useful in handing the eccentric behaviour of the Manchild.

"We had recently worked on a comedy together so we knew each other well by the time we shot Doritos Manchild - this comes in really handy with comedy, it means you can give absolutely anything a crack and know that the other actor with run with it," Ms Sarks said.

"Mitch really played around with the 'manchild' behaviour on set and because we knew each other it was very easy - although it certainly didn't stop me laughing through almost every take, there is a very solid blooper reel."

Ms Sarks is currently pursuing projects for 2015 and considering a trip to the U.S. later in the year.

"The beginning of each year usually sees most Aussie actors auditioning for projects in America so I'll be continuing the American accent and sending audition tapes to the US," she said.

"I am quite excited by home-grown projects for now but certainly a sojourn in LA is on the cards later in the year - so this Super Bowl opportunity could be a really big deal for Armand, Mitch and me. The Super Bowl big screen would certainly be a nice introduction to the American industry."

The clip relies on online voting to be selected for broadcast at the Super Bowl. Votes can be cast on the Crash the Super Bowl website and close Tuesday 27 January 2015.