Ms Colette Keen's play Windows on the World has been chosen over more than 1 000 entries received by Noah Wyle's The Blank Theatre Company in Los Angeles, to open their 21st season, with a benefit performance featuring a cast of well-known Hollywood actors. 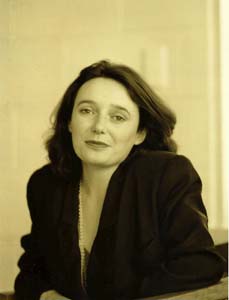 Ms Colette Keen’s play Windows on the World has been chosen over more than 1 000 entries received by Noah Wyle’s The Blank Theatre Company in Los Angeles, to open their 21st season, with a benefit performance featuring a cast of well-known Hollywood actors.
“I’m on cloud nine,” Ms Keen said. “When I heard my play had been accepted I printed out 10 copies of the email and stuck them around the house just to convince myself it was all real.”
Having completed the play Windows on the World as part of her Charles Sturt University Master of Interpretative Writing, Ms Keen distributed the play to companies who were willing to read unsolicited scripts.
“There are not many places that will take scripts without going through agents but I Googled a few and thought I’d throw my script out there to see if it caught their eye. The Blank Theatre Company asked for the first 10 pages of the script and then 10 more pages of my choice. I chose the ending. A month ago they asked me for the full script and then I was informed my play had been selected.”
A  one-act play, Windows on the World presents interviews of those affected by the 9/11 terrorist attack in New York City, giving an emotional recollection of the disaster and how survivors feel 10 years after the event. The play uses verbatim theatre  to transform these interviews into monologues, with actors performing as the survivors.
“I have always been interested in verbatim theatre as a form of performance,” Ms Keen says. “Most verbatim theatre is created around tragedy and political statements. It is the next step beyond journalism and story-telling, where research becomes a documentary delivered to the audience as a piece of entertainment.”
As part of her degree, Ms Keen chose to concentrate on performance ethnography, the study of creating a theatrical representation of what one discovers through participant-observation fieldwork. Ms Keen’s sharp journalistic skills were used when interviewing fire fighters, 9/11 survivors and artistic New Yorkers who were effected. This material became the basis of the Windows on the World script.
Ms Keen’s career in journalism began when she finished school in the 1980s and, after working as a press secretary in Canberra, a freelance writer for television and a public radio producer and presenter, Ms Keen’s move to America prompted her career change to play writing.
“Throughout my 15 year career as a journalist I always had my finger in the arts somewhere. I worked with the Doug Anthony Allstars in the 1980s and then became interested specifically in verbatim theatre because of the strong link between theatre and journalism.”
Ms Keen’s links with Charles Sturt University run deep, with her initial degree in journalism also gained through the University.
“I chose to study through Charles Sturt University’s distance education program because I was familiar with the University and, being a bit older, I felt I had enough self-direction to handle the distance study. My supervisor Dr Neill Overton gave me just the right amount of assistance through email and phone calls, making the whole experience a positive one.”
Ms Keen will fly to Los Angeles in September to sit in on the week-long rehearsal process with experienced Broadway director Ms Kirsten Sanderson before attending the benefit concert and launch of the Blank Theatre Company’s 21st season at their main theatre, the Stella Adler Theatre on Monday 12 September, a day after the 10th anniversary of the infamous terrorist attack.
“I’m keeping my options open after the premiere to see what happens next but I’m also looking at different PhD programs and I’m interested in developing another verbatim theatre production focusing on our family of friends versus our family of blood and the part friends, family morals and the media played during the 1980s AIDS epidemic.