Aunty Flo Grant awarded Order of the Companion of the University 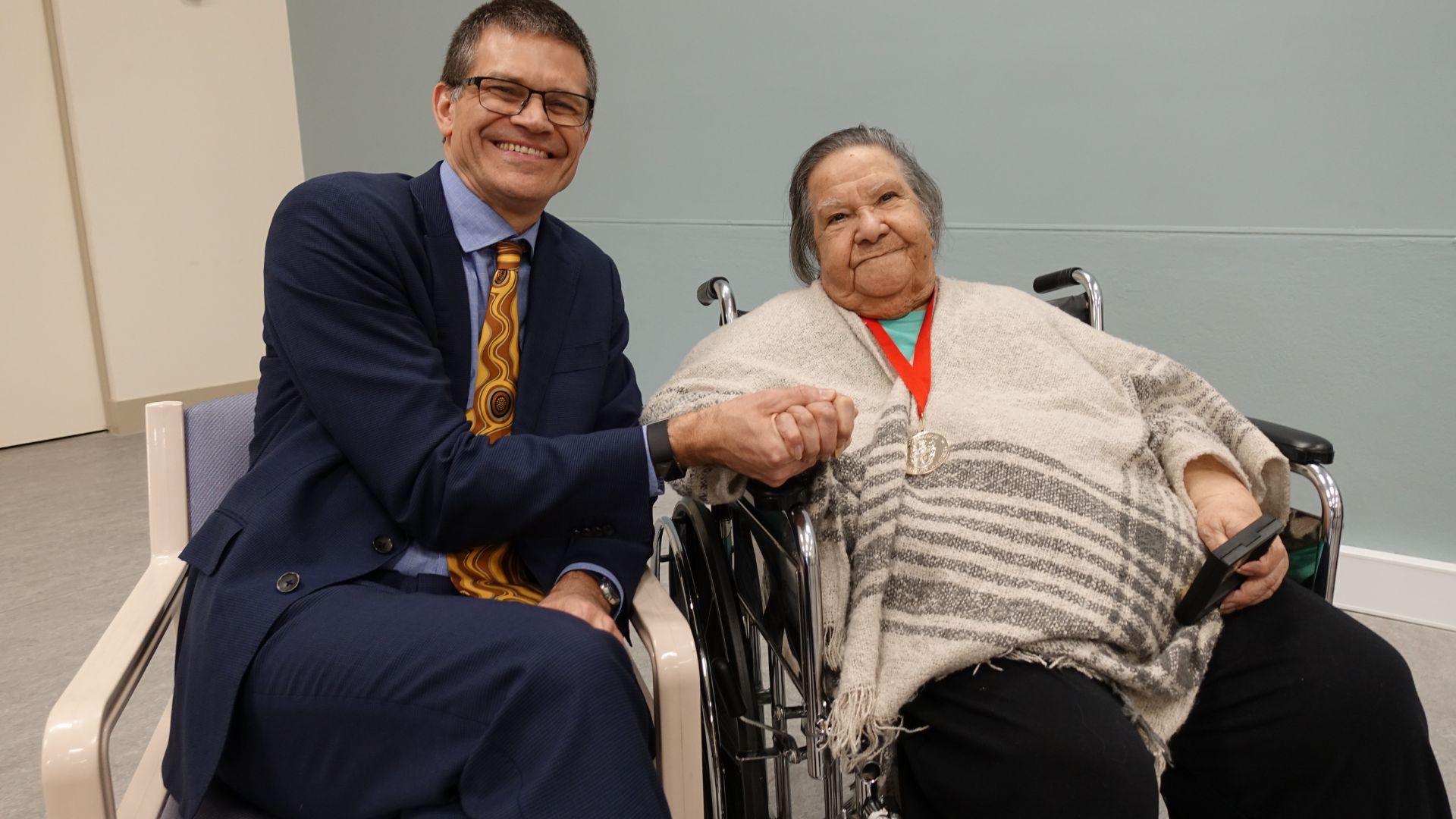 Charles Sturt has awarded Wiradjuri elder Aunty Flo Grant with one of its highest honours to recognise her contribution to the University and community.

At a ceremony on Thursday 27 June, Aunty Flo was conferred with an Order of the Companion of the University in recognition for her vision and leadership.

Charles Sturt Vice-Chancellor Professor Andrew Vann said the University’s partnership with the Wiradjuri Nation would not be possible without the assistance of Aunty Flo Grant.

The University has also introduced Indigenous cultural studies, which is implemented by the Charles Sturt School of Indigenous Australian Studies, into every course so that all students are aware of and respect Indigenous culture.

Aunty Flo has been a key contributor to these initiatives and inspires many people to bring out their best.

“Her vision and embodiment of Wiradjuri leadership, and the spirit of Yindyamarra in action, has personally inspired hundreds of people to be the best they can be.”

“This is especially true for Wiradjuri Elders and the wider Wiradjuri community as well as Charles Sturt’s staff and students.

“Aunty Flo has challenged our assumptions and helped us to understand and act in a way that models Yindyamarra in our attitudes and ways of working together.

“At a personal level, I think Aunty Flo is one of the most remarkable human beings I have ever met,” Professor Vann said.