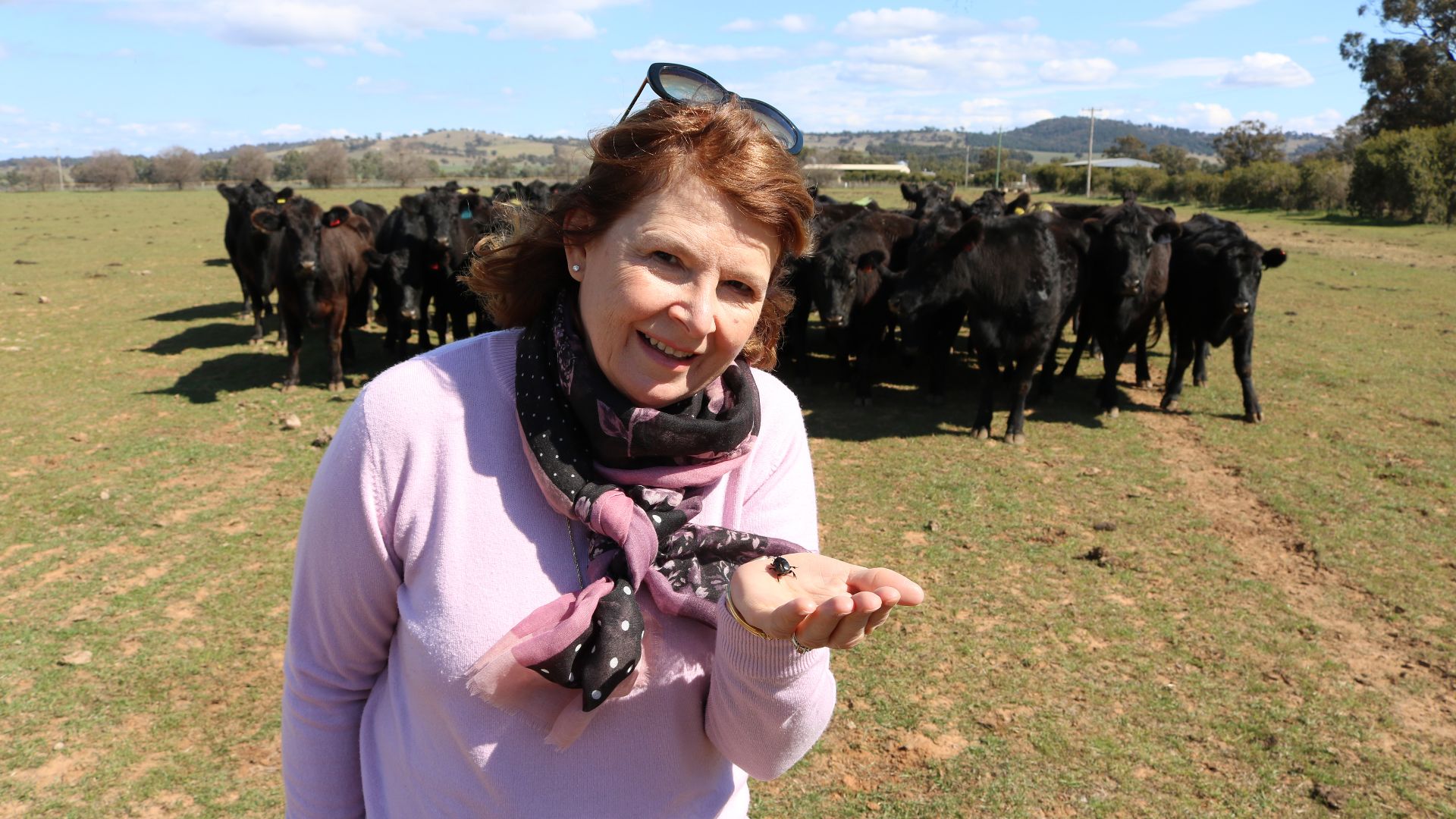 Charles Sturt University will play a lead role in a project fostering a new species of dung beetle to help transform 80 million tonnes of livestock dung into a financial benefit for Australian farmers. 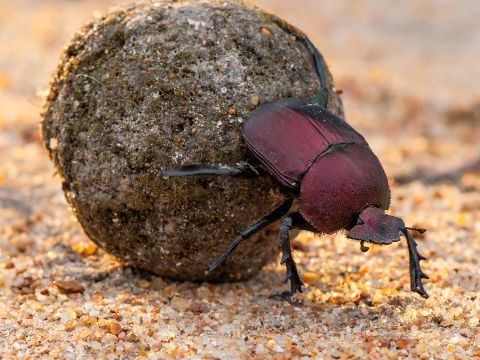 Charles Sturt University will play a lead role in a project fostering a new species of dung beetle to help transform 80 million tonnes of livestock dung into a financial benefit for Australian farmers.

The University will assist researchers at Australia’s national science agency, the Commonwealth Scientific and Industrial Research Organisation (CSIRO), who have successfully imported more than 1,500 of a new species of dung beetle to its quarantine facility at Black Mountain, Canberra, as part of the Dung Beetle Ecosystem Engineers (DBEE) project.

Dung beetles (such as pictured above) act as biocontrol agents. Burying the dung means that flies are controlled, nutrients are available to plant roots, soil is aerated, and water runoff and nutrient loss are minimised.

The shipment includes two species of dung beetle that have previously been introduced into Australia by the project during 2019-2021, as well as a new species, G. sturmi, which is the third species to be imported into Australia through the DBEE project.

All three species will be tasked with filling current seasonal and geographic gaps of dung beetle activity in south-eastern Australia.

CSIRO has studied dung beetles for 60 years and the research links imported dung beetles to a significant reduction of fly and nematode pest numbers, improved pasture growth and increased water retention in soils.

DBEE’s lead for communication and outreach at Charles Sturt University is Professor Leslie Weston (pictured top) in the University’s Gulbali Institute of Agriculture, Water and Environment.

Professor Weston hopes all three newly introduced species will coexist alongside the 23 other dung beetle species that have been established in Australia since the 1960s and play a significant role in increasing pasture productivity across south-eastern Australia.

“We are currently in the process of investigating the full economic potential these dung beetles can have for livestock producers,” Professor Weston said. “Early estimates indicate this figure could represent up to a $100 per hectare benefit to producers in the intensively grazed areas of the country.”

In the lead up to spring, the first generations of Australian-hatched G. sturmi beetles will be relocated to a mass rearing site at Charles Sturt in Wagga Wagga where they will be closely monitored by researchers and staff in a controlled-environment facility designed to replicate paddock grazing conditions.

Offspring from these beetles will eventually be distributed to on-farm monitoring sites across NSW and Victoria.

“With the help of farmers across southern Australia, Charles Sturt University will continue to lead a mass rearing program for this newly imported beetle species,” Professor Weston said.

“We hope to have sufficient numbers to release this new species in the field in the spring of 2023, concluding the importation objectives set out by the DBEE project and delivering on our promises to primary producers, landholders and land care groups.”

Originally sourced from Morocco, the G. sturmi beetles have undergone stringent quarantining procedures in CSIRO’s facilities in Montpellier, France prior to arriving in Australia. In the weeks and months ahead, each beetle and their future offspring will face further quarantining and sanitisation processes ensuring no foreign organisms are introduced into Australia’s ecosystems.

CSIRO researcher and DBEE’s project leader for dung beetle importation, Dr Valerie Caron sees the arrival of the beetles as a development for the project after COVID-19 restrictions and international border closures hampered previous transportation efforts.

“We are thrilled to have received the delivery of 450 G. sturmi beetles,” Dr Caron said.

“Coordinating the transportation of live insects comes with challenges at the best of times, but the ongoing pandemic and subsequent restrictions has been unprecedented.

“Thanks to the careful efforts of our international teams in Morocco, France and Australia we are on schedule to deliver another species of beetle which should eventually provide a great deal of benefits to primary producers and land care groups across the country,” she said.

Measuring at just 1.5 centimetres, G. sturmi beetles offer an important distinction from the two other species which preceded it.

“The first two species are tunnellers, meaning they burrow dung straight into the ground to house their eggs and feed their larvae. G. sturmi behaves differently as it prefers to gather chunks of dung into a ball-like shape before rolling it away to bury it,” Dr Caron said.

Both tunnelling and rolling behaviours reduce the presence of livestock dung on the surface of pastures, disrupting the life cycles of bush flies and intestinal parasites that afflict grazing livestock.

Dung left for long periods of time above ground can go on to impact the quality of pastures and lead to a delay in regrowth of vegetation. Researchers are also investigating how dung burial itself may lead to an improvement of water retention in some soil types, increased presence of nutrients in topsoils and enhanced soil carbon capabilities.

The DBEE project is supported by Meat and Livestock Australia (MLA) through funding from the Australian Government Department of Agriculture’s Rural Research and Development for Profit program.

Producers and Landcare groups interested in learning more about the DBEE project and how to get involved can visit https://www.dungbeetles.com.au/ and see brief video explanations about dung beetles.

To arrange interviews with Professor Leslie Weston contact Bruce Andrews at Charles Sturt Media on mobile 0418 669 362 or via news@csu.edu.au