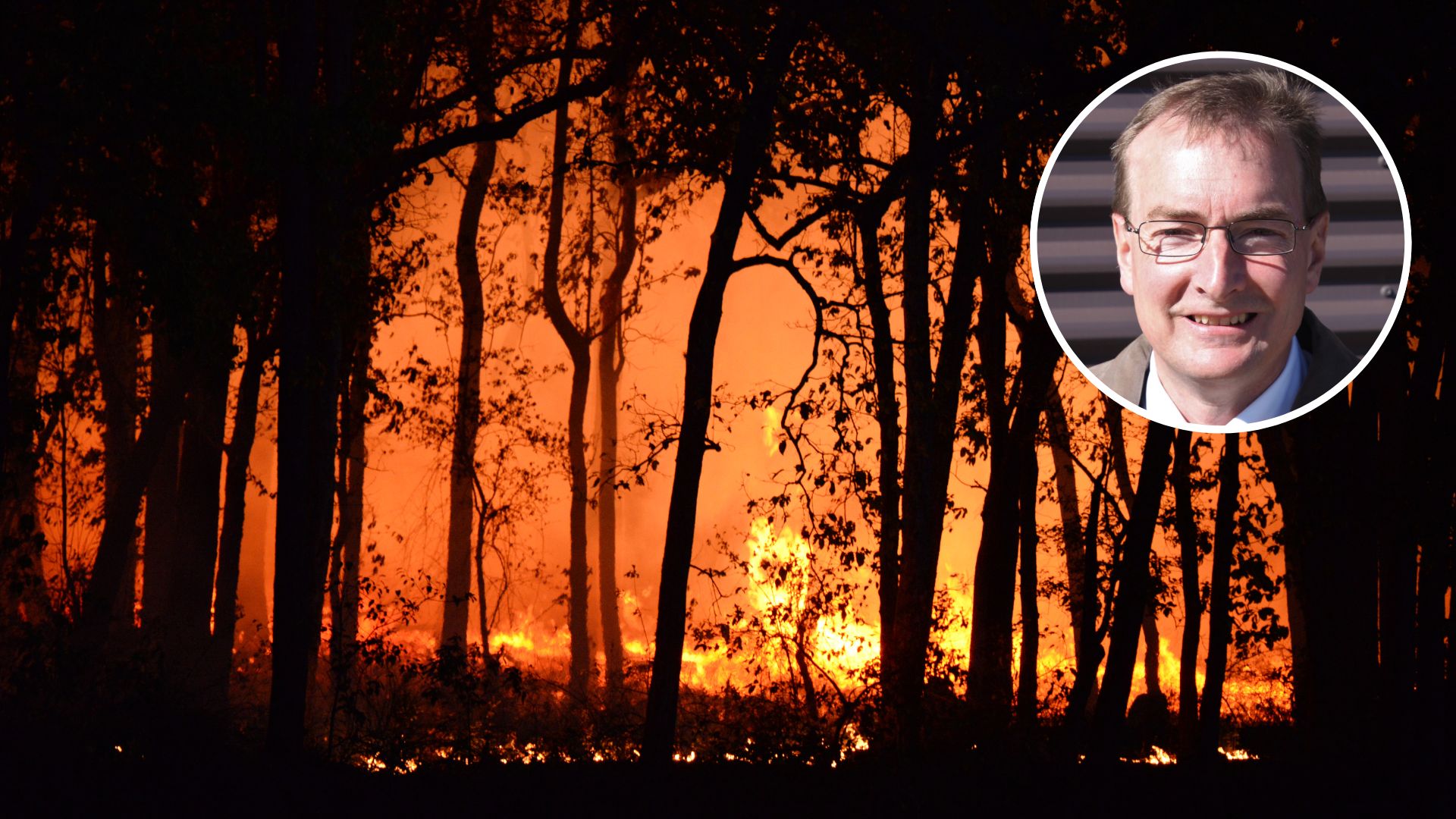 Do not let the recent rainfall fool you - there is still a chance this summer could shape up to be a devastating bushfire season, according to a Charles Sturt wildfire expert.

Australia is working its way through a third consecutive La Nina but a Charles Sturt University wildfire expert said the threat of a devastating bushfire season is ever-present.

Eastern Australia has seen unprecedented rainfall in recent years, but a Charles Sturt academic is urging people not to be complacent when it comes to the current bushfire season.

Charles Sturt Adjunct Lecturer in Wildfire Investigation Mr Richard Woods has more than 40 years’ experience investigating wildfire cause and prevention. He is currently the director of Wildfire Investigations and Analysis, providing advice and opinion on ignition prevention and the cause of bushfires across Australia and internationally.

Mr Woods is urging residents not to become complacent because of recent rainfall this bushfire season.

“The 2022/23 bushfire season has been influenced by the extensive rainfall that has occurred over the last year or so,” he said.

Ongoing rain will maintain a higher level of moisture in these grass fuels. However should these rainfall cycles diminish, the onset of high temperatures and low humidity will quickly dry out these fuels. Mr Woods said this will increase the risk of rapidly moving grassfires across the eastern states of the country.

“The risk of bushfires in Australia is ever-present,” he said.

“Communities must always maintain their vigilance in preparing for fire and this is particularly important when it comes to grassfires.”

Mr Woods is urging the community to take particular care when using equipment around dry grassland such as mowers or welding or grinding.

Landholders must be aware of the risk of these activities as conditions dry out and seek advice from their local fire agency when it is unsafe to conduct ‘hot works’ in times of heightened fire danger ratings.

Misunderstanding the speed and intensity of grassfires has caught landholders unaware in the past as they defended their land or livestock.

He said consecutive days of high temperatures, winds, and low humidity, combined with little or no rain would soon result in a high risk of grassfire ignition across many rural areas.

“Western Australia has already been impacted by some challenging bushfires this summer. And we have recently seen some grassfires in parts of rural Queensland and New South Wales as the temperatures have increased,” he said.

“This demonstrates the ever-present risk of bushfire in Australia. While the eastern portion of the country is experiencing a reduced bushfire risk so far this fire season, the risk of grassfires is certainly heightened with the combined effect of rainfall and ideal growing conditions leading up to this summer period.”

Preparation is the key to reducing the impact of a grass fire on homes and livestock. Mr Woods said property owners should follow advice from their fire agencies through readily available bushfire survival plans and farm fire safety plans.

Mr Woods said people should be prepared long before the threat of a bushfire or grassfire emerges.

“Experience shows that the time to plan for an emergency is well before the event,” he said.

“It is not practical to start planning when a fire is about to impact your property.”

He is based at Charles Sturt in Bathurst and lectures in the investigation of wildfire cause and ignition prevention.