On Tuesday 26 July, the institution was certified as 'Carbon Neutral' by the National Carbon Offset Standard – Carbon Neutral Program, administered by the Federal Department of the Environment.

CSU is currently the only Australian university to reach this national standard, and one of only 27 organisations to be nationally recognised for their carbon neutrality. 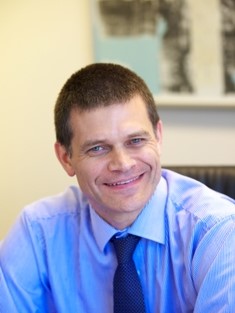 CSU's Vice-Chancellor, Professor Andrew Vann, has called the official status a just reward for years of planning and investment in people, systems and infrastructure that have reduced the University's 'carbon footprint'.

"With this accreditation, we hope that we can inspire other organisations, both regional and national, to seek to achieve these standards and do their bit for the planet," Professor Vann said.

"This award shows we don't just claim to be sustainable, we are recognised as doing the hard work and investment to earn this status."

CSU reached this important sustainability milestone by reducing and offsetting its carbon emissions so that, according to the Department of Environment, "the net emissions of the organisation are equal to zero".

Professor Vann said, "The award demonstrates that Charles Sturt University lives by the Wiradjuri phrase Yindyamarra Winhanganha, or 'the wisdom of respectfully knowing how to live well in a world worth living in'.

"It's beyond the simple goals of our University Strategy, or of higher education. It goes to the heart of all Australian people, particularly our communities in regional Australia. 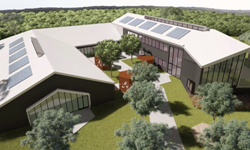 "Through this certification, Charles Sturt University is showing all Australian communities how we can live more sustainable lives in our unique environment.

"We have shown how an organisation with nine campuses spread over a thousand kilometres in regional New South Wales and Victoria can operate and thrive while being aware of and showing care for the places where we live and learn," he said.

Professor Vann is determined that CSU will maintain its reputation as a leader in economic, social and environmental sustainability.

"Now we have reached this pinnacle, the University will continue its commitment to reducing its current emissions, particularly by reducing energy use using more efficient lighting and air conditioning, and generate more energy on its campuses using solar energy systems."

In addition to its carbon saving systems, CSU is investing in a range of projects that provide carbon offset credits and allow the institution to become carbon neutral. These are due to be announced in due course.

CSU Vice-Chancellor Professor Andrew Vann and Foundation Professor of Engineering, Euan Lindsay, will meet with the media at a media conference to officially announce the certification at 11am on Thursday 28 July. The conference will be held in the Foyer of CSU Engineering building, building 1305, Village Drive, CSU in Bathurst.

The event will include opportunities for pictures in the building and at a tree planting ceremony to mark the occasion. For details and requests, contact Wes Ward (in Albury) or Bruce Andrews (in Bathurst) at CSU Media.

See more on the announcement at the CSU Green website.

Contact CSU Media for spokespeople on other CSU campuses – Albury-Wodonga, Dubbo, Orange, Port Macquarie, Wagga Wagga and Wangaratta – are available for interviews and pictures on the announcement. The audio file of Professor Vann is available from CSU Media.

The University has had a long-standing goal of achieving carbon neutrality by 2015 and has sought to aggressively pursue energy efficiency, and maintain leadership in this area. CSU also aimed to "encourage and assist organisations in our regional communities to achieve their sustainability goals" (p.3).

CSU sought Carbon Neutrality status through the National Carbon Offset Standard – Carbon Neutral Program, administered by the Federal Department of Environment. According to Federal Department of Environment, Carbon Neutrality is achieved when "net greenhouse gas emissions of an organisation, a product, service or event are equal to zero. This can be achieved by reducing emissions and then purchasing and retiring offset units to match or 'offset' the remaining emissions." (http://www.environment.gov.au/climate-change/carbon-neutral/carbon-neutral-program).

The CSU submission to attain Carbon Neutrality was prepared and submitted to the Department of Environment in March 2016, using figures from CSU's 2014 Carbon Inventory and its subsequent Carbon Offset purchases. CSU's submission has been independently audited through the Department.

CSU's 2014 Carbon Inventory showed the university teaching, research and community engagement activities produced around 43 000 tonnes of carbon, of which 70 percent was from purchased electricity, 15 percent from natural gas for heating and 5 percent from long distance flights by its staff and students. The remaining carbon production included building construction, municipal waste, and the University vehicle fleet.

Based on these figures, CSU has been granted Carbon Neutral status.

To become carbon neutral and offset the carbon produced, CSU has purchased carbon offset credits from projects located in Australia and overseas that aim to reduce carbon production or absorb and store carbon currently in the Earth's atmosphere. The projects aim to improve national and global social outcomes, in line with the University's ethos and sustainability goals.