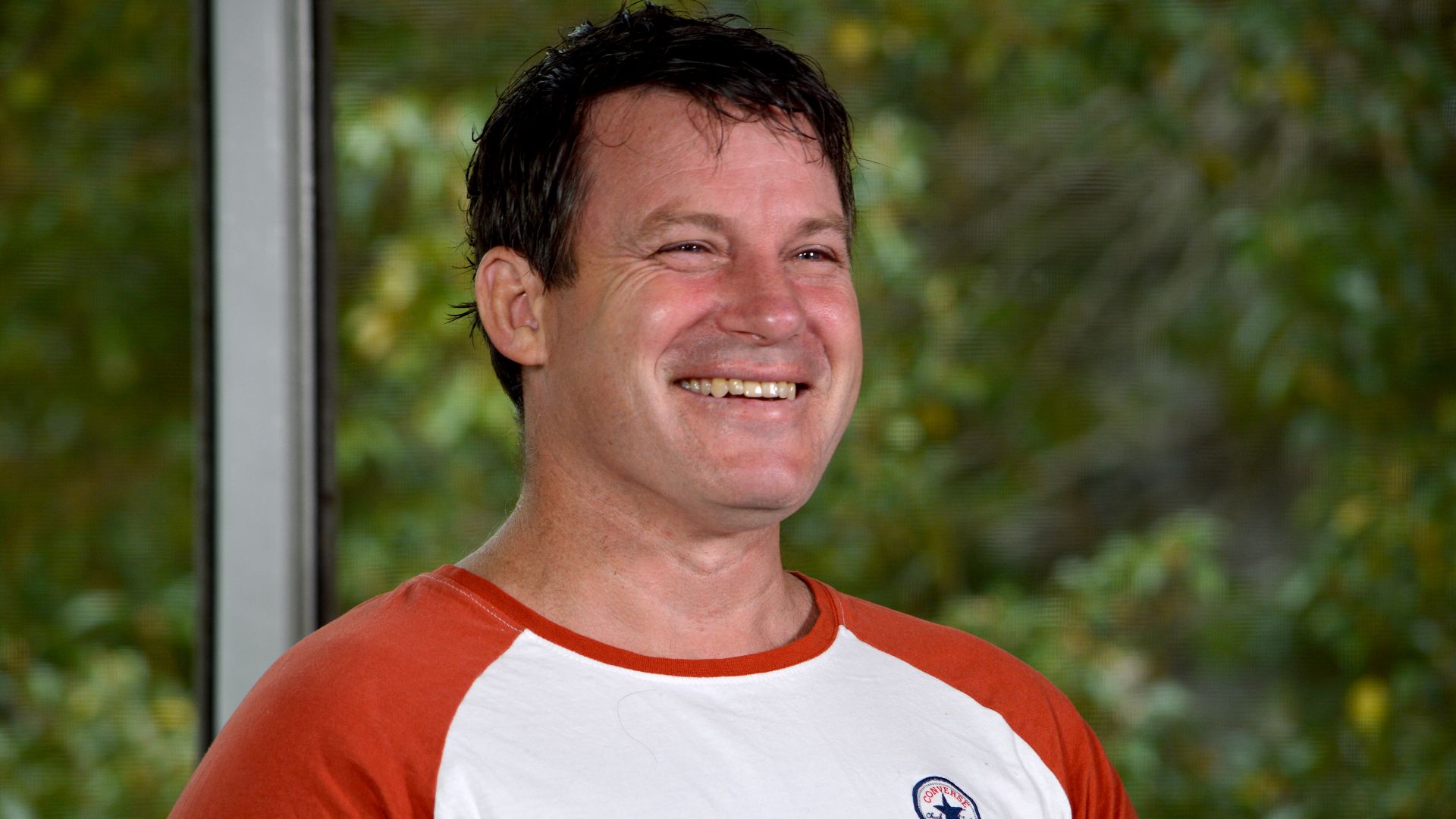 Charles Sturt alumnus shares story on national television of how the University helped him to achieved his goal of obtaining a degree.

A Charles Sturt University (Charles Sturt) graduate has shared on national television the personal hardship he overcame to obtain his degree.

Mr Will Elrick appeared on the program This Time Next Year recently to share how an accident in the 1990s left him with permanent injuries and health issues.

Despite the challenges he faced, he was determined to obtain his degree, which he said Charles Sturt was integral in helping him achieve.

When Mr Elrick left high school, he put his plans for his studies on hold and decided to travel around the world.

It was a friend’s wedding where he was going to be the best man that brought him back to Australia in 1997, a trip home that would drastically change Mr Elrick’s life.

While travelling at 38km/h up a hill, Mr Elrick’s van collided with a 4WD travelling at 100km/h in the other direction in the same lane.

The accident put Mr Elrick in a coma for six weeks, his leg was amputated at the hip and he sustained a brain injury.

Mr Elrick had to learn to talk again, he now walks with crutches and his official diagnosis of a brain injury did not come until 2011, almost 14 years after the accident.

He adapted to the loss of his leg better than the ongoing struggles from his brain injury. 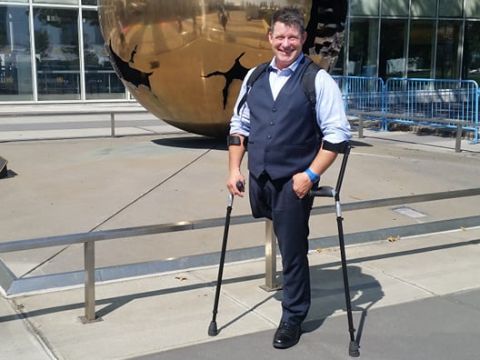 Mr Elrick experienced confusion, loss of memory and trouble articulating thoughts, and living without knowing his diagnosis meant he was unsure of what was happening to his body.

“In hospital, I was in a controlled situation,” he said.

“But when you come out of hospital, it’s uncontrolled. I was overwhelmed and embarrassed and ashamed.

“I thought I was stupid because I didn’t understand things. I just wanted my old life back.”

Mr Elrick recognised that he needed help and moved in with his aunt in Albury.

After extensive testing at hospital in Albury and at the Southwest Brain Injury Rehabilitation Unit, he was diagnosed with a brain injury.

“I had gone for help before but it was with people who didn’t understand brain injuries,” he said.

In 2013, Mr Elrick enrolled online in a Bachelor of Ecological Agricultural Systems with Charles Sturt.

He said without the support of lecturers, a study coach and the University's disability liaison team he would not have graduated in 2018.

“If it wasn’t for the University, I would not have completed that degree,” he said.

“The support from the University was paramount.”

Regular check-ins from the disability liaison team and study coach allowed Mr Elrick to understand the course work and manage his full-time study and part-time employment.

Mr Elrick appeared on the television program This Time Next Year to inspire others in a similar situation.

“I wanted people to understand even though they have a brain injury it doesn’t have to be a cross they have to bear,” he said.

“Now I have the degree I can go down a path I’ve wanted to for a long time.”

Due to his research on carbon economy, Mr Elrick attended a United Nations summit last year and was able to learn what governments across the globe were doing to fight carbon emissions.

He volunteered as a teacher two years ago in the Fiji islands teaching organic agriculture and hopes to return in the coming year.

Mr Elrick lives on the NSW north coast and is currently looking at job opportunities.

He hopes to continue his studies and enrol to do Honours specialising in hydrology or soil rehabilitation.