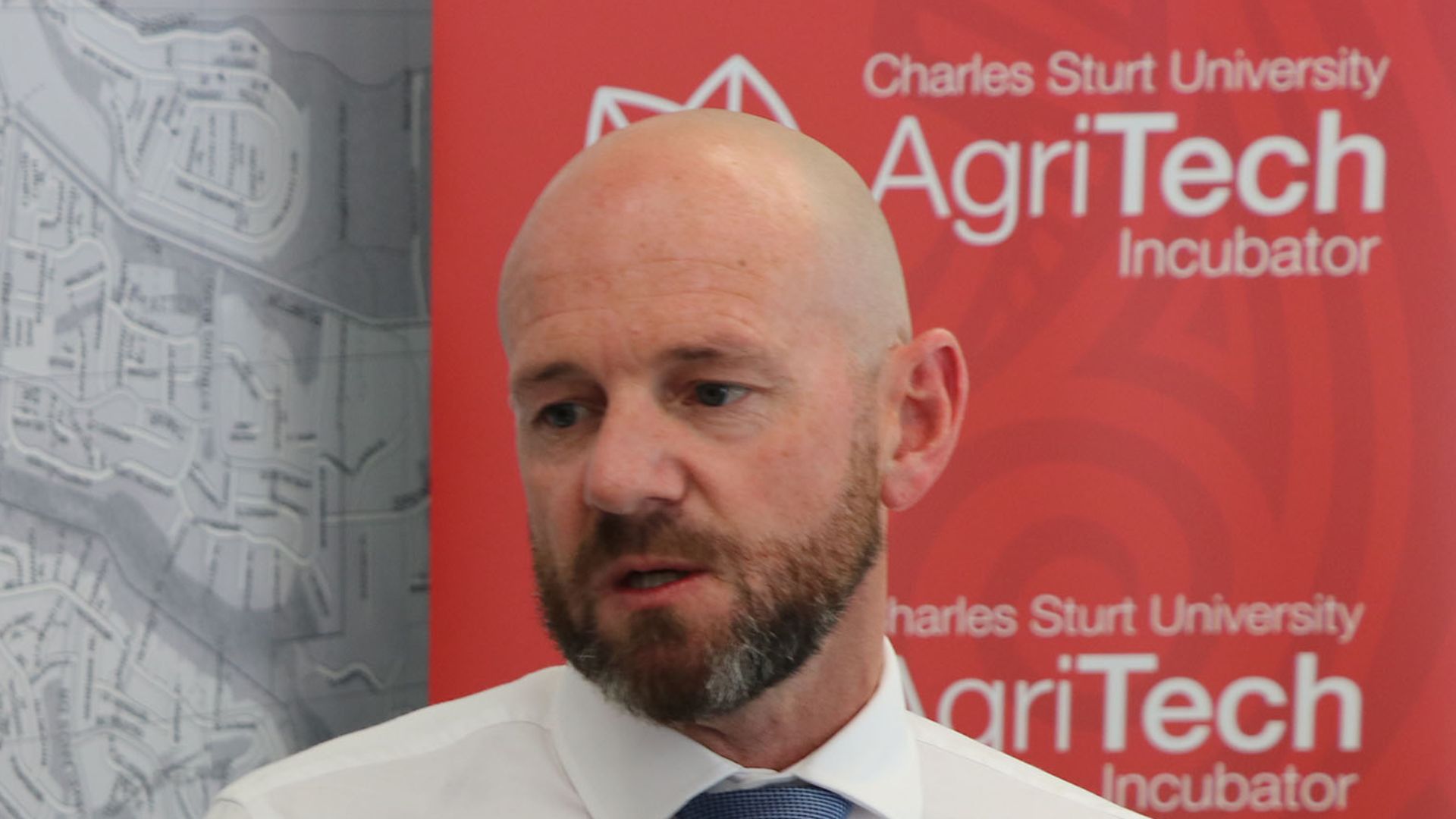 The appointment of former Deputy Leader of the NSW Nationals the Hon. Niall Blair to the position of Professor of Food Sustainability will help Charles Sturt University (Charles Sturt) continue to steer regional Australia’s primary producers through the challenges of the future.

Mr Blair (pictured) will join the University after almost a decade as a member of the NSW Legislative Council, including periods in the cabinet as a minister overseeing the Primary Industries, Water and Lands, and Trade and Industry portfolios.

He will resign as a member of the NSW Parliament on Wednesday 16 October before commencing in the newly-established role on Monday 21 October.

“Over the course of more than two decades, spent in both the private and public sectors, Mr Blair has demonstrated a formidable understanding of the role played by primary industries, and the changes and challenges facing the industry,” Professor Cavanagh said.

“Charles Sturt University is delighted to welcome him aboard, and will ensure his wealth of experience and know-how is put to best use to serve the interests of farmers and other stakeholders.

“This appointment is just the latest step taken by the University which underscores its unshakeable commitment to one of regional Australia’s core industries.”

Mr Blair said he is excited to be joining Charles Sturt and shares the University’s vision for the future of primary industries.

“The opportunity to contribute to the sustainability of our nation’s farming communities as part of the Charles Sturt University team is an honour which aligns with my values,” he said.

“Farming systems are being disrupted through technology and changes in consumer behaviour, and Australia needs to embrace these changes and seize on the opportunities they provide through innovation and research.

“Charles Sturt University has shown itself to be a leader in this regard by producing cutting-edge, applicable research, and equipping graduates with the essential skills to help make Australia’s food and fibre producers the envy of the world.”

Prior to that he had a long and established career working in the private agricultural sector, as well as vocational training.

He holds a Master of Occupational Health and Safety, and a Bachelor of Horticultural Science, and is also a graduate of the Australian Institute of Company Directors.

In accordance with the Ministerial Code of Conduct the NSW Ethics advisor has been consulted about Mr Blair’s appointment and confirmed there is no conflict in him accepting the role with Charles Sturt.