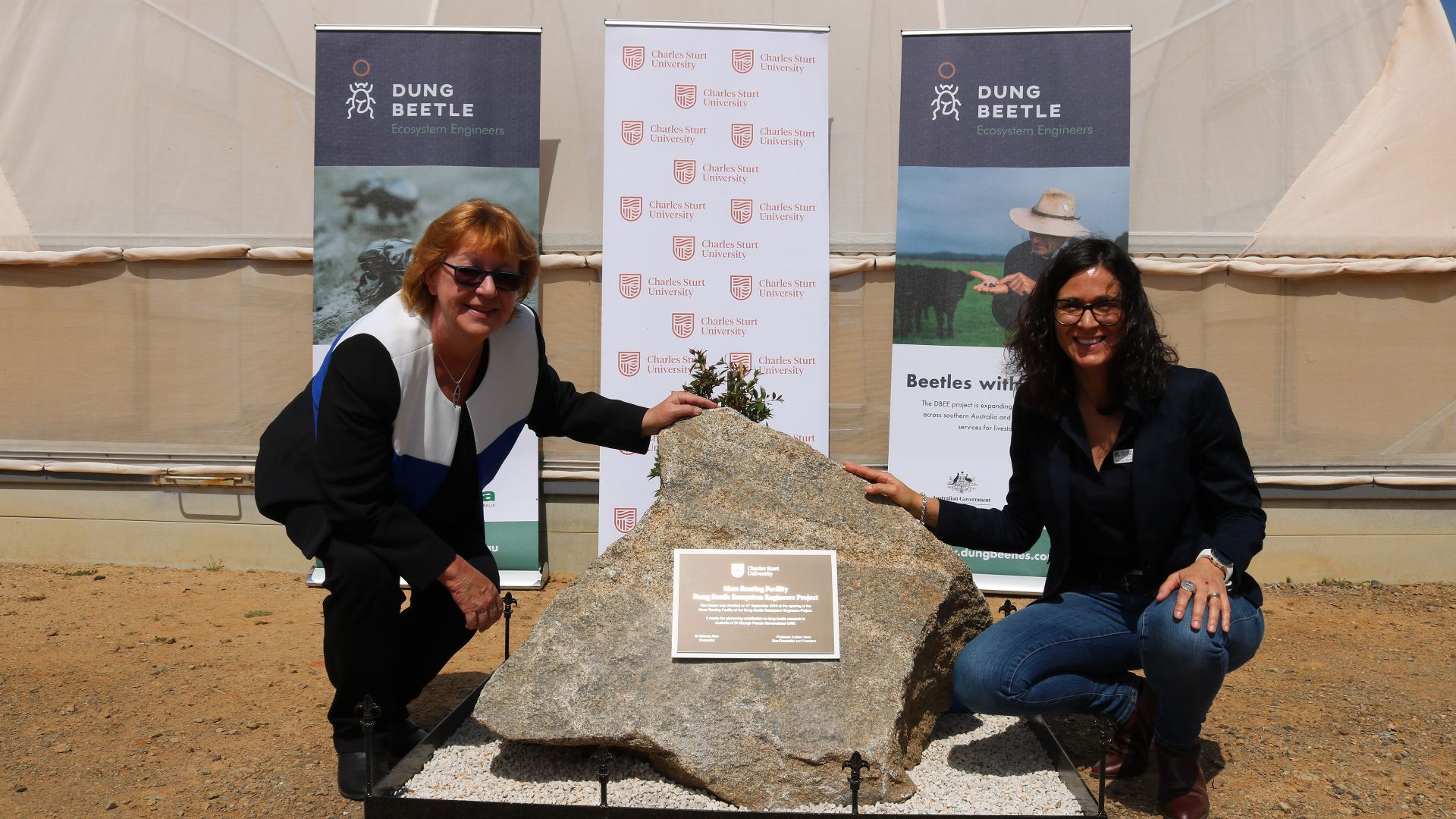 The University's researchers are celebrating the emergence of thousands of Onthophagus vacca beetles.

Charles Sturt University (Charles Sturt) is celebrating a milestone in a national research project to fill in the gaps in dung beetle distribution in Australia by honouring a pioneer of dung beetle research.

A plaque recognising the contribution of Dr George Francis Bornemissza OAM is located at the site of a new dung beetle mass rearing facility at Charles Sturt in Wagga Wagga.

The late Dr Bornemissza was an entomologist who led the CSIRO project that imported the first dung beetles to Australia in the 1960s.

In a milestone for the DBEE project, the Charles Sturt researchers are celebrating the emergence of thousands of Onthophagus vacca beetles.

The plaque was unveiled by Charles Sturt Deputy Vice-Chancellor (Research and Engagement) Professor Heather Cavanagh and Acting Director of the Graham Centre for Agricultural Innovation Associate Professor Marta Hernandez-Jover during a workshop for livestock producers and researchers on Friday 27 September.

Professor Cavanagh said, “This is an opportunity to pay tribute to the work of Dr Bornemissza and to look to the future with new research that can deliver benefits to both the livestock industries and the environment.

“This project is a good example of how Charles Sturt University is working on research with impact to create a world worth living in.”

The DBEE project is supported by Meat & Livestock Australia through funding from the Australian Government Department of Agriculture as part of its Rural R&D for Profit program.