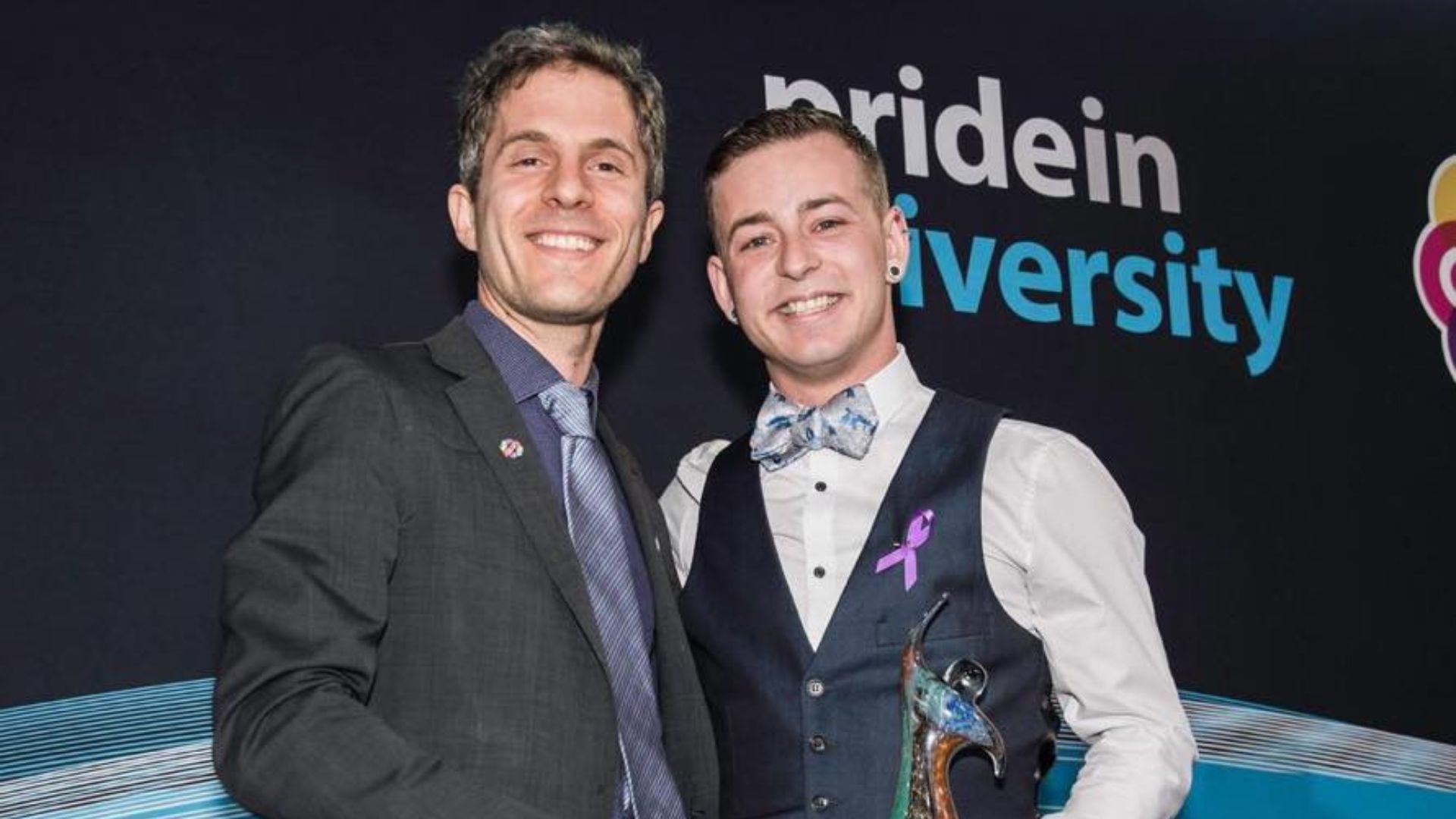 Charles Sturt project manager for equity and diversity Mr Nicholas Steepe will represent the University as a panelist at this year's Pride in Practice Conference.

Charles Sturt University (Charles Sturt) will be showing its full support for LGBTIQA+ inclusion at the Pride in Practice Conference in Sydney (25-27 November 2019).

He will discuss the work and projects he has implemented for LGBTIQA+ inclusion in his role at Charles Sturt and throughout his career in regional New South Wales, as well as the work he has done as a community activist and volunteer.

Mr Steepe was invited to appear on the panel after being named Out Role Model 2019 at the Australian Workplace Equality Index Awards (AWEI), and believes the conference presents a valuable opportunity to advance LGBTIQA+ inclusion in regional Australia.

“I did not hesitate in accepting a spot to be a part of the panel because I am passionate about LGBTIQA+ inclusion in regional Australia and I believe young people can offer a lot in terms of reducing the barriers the LGBTIQA+ community face,” Mr Steepe said.

“I believe I will be able to share some unique insights and experiences from my work and life in the central and far west regions of New South Wales.

“I am also looking forward to sharing insights and experiences from how my role at Charles Sturt University promotes LGBTIQA+ inclusion because the conference is a great opportunity for organisations to learn from each other.”

In his role at Charles Sturt, Mr Steepe has been involved in a range of projects foster inclusivity within the University’s LGBTIQA+ community, and in communities across the University’s regional footprint.

Mr Steepe has also delivered a number of inclusivity training sessions to staff throughout the University and to external organisations, and organised a number of the Charles Sturt’s events to support the LGBTIQA+ community, including the upcoming documentary screening and question-and-answer session in Wagga Wagga to support Transgender Awareness Week.

Mr Steepe said Charles Sturt has been very proactive in the LGBTIQA+ inclusion space, and although there has been significant progress in Australia over recent years, there is still much that can be done to further the inclusion of LGBTIQA+ people, especially in the workplace.

“The benefits of workplace inclusion are clear. Inclusion leads to employees who are more engaged, more productive, and more likely to stay with an organisation,” he said.

“Bullying and harassment, not wanting to be labelled, being made to feel uncomfortable, and hearing negative commentary regarding the LGBTIQA+ community, are just some barriers many LGBTIQA+ people face at work and in their personal lives.

“Conferences like Pride in Practice are important to addressing and removing these barriers, and I hope that sharing the initiatives we have implemented at Charles Sturt at the conference helps others to advance LGBTIQA+ inclusion in their workplaces.”

Mr Steepe was previously the President of Central West Rainbow Alliance, which organised the Central West Pride March that began in Dubbo in 2015.

He currently sits on the management committee as the Scholar Manager for The Pinnacle Foundation, a national charity that supports LGBTIQA+ disadvantaged young people undertaking full-time study.

Mr Steepe will appear on the panel with Emily Scott, CEO of Out for Australia, and Cameron Tirendi from BHP who is currently AWEI’s Network Leader of the Year.

The Pride in Practice Conference is the only national conference dedicated to advancing LGBTIQA+ inclusion in Australian workplaces and will showcase leading practice and thought leadership on diversity and inclusion.

The Conference is on from Monday 25 to Wednesday 27 November at Doltone House, Sydney.