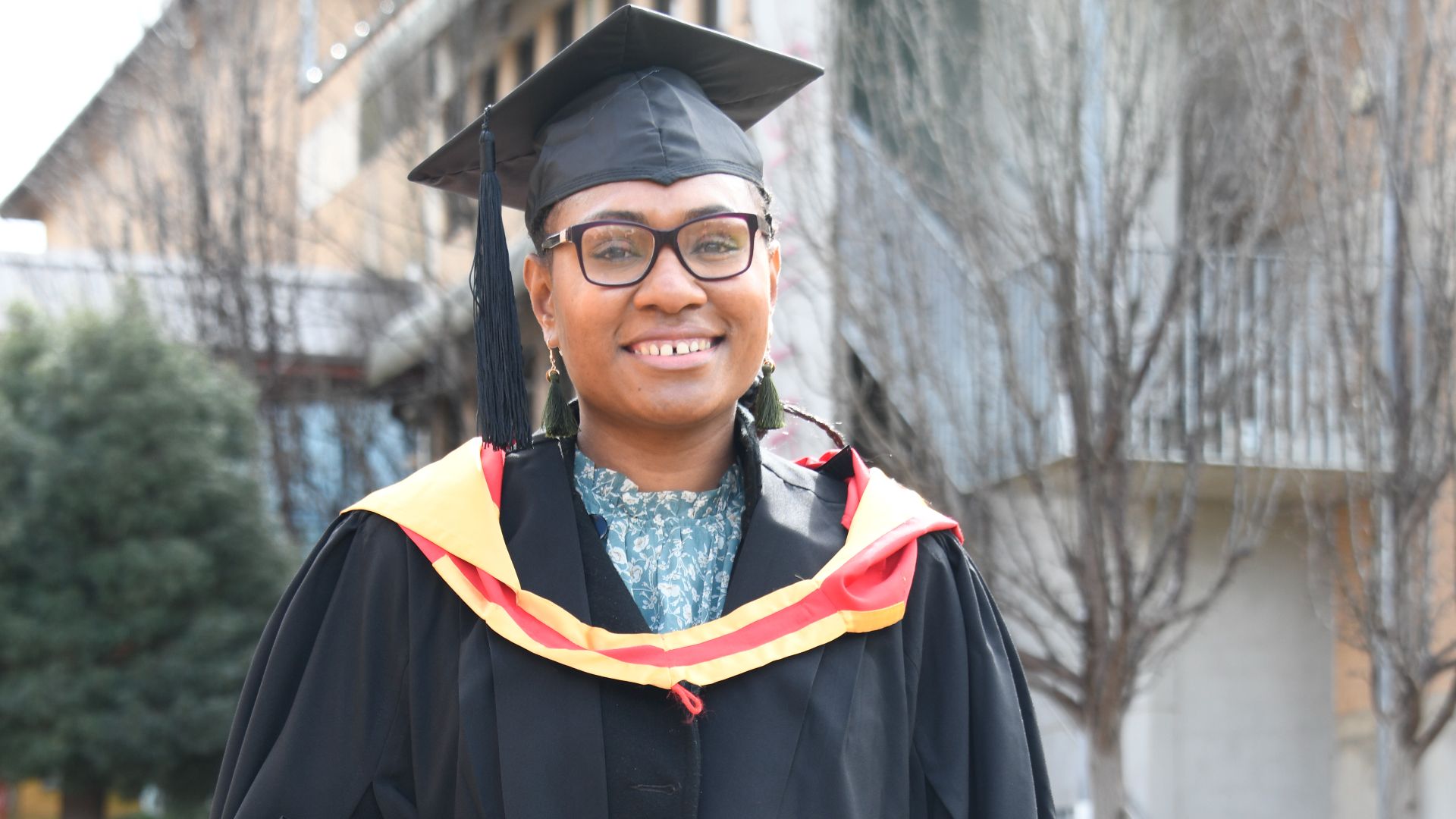 When Charles Sturt University student Dr Tania Areori started studying veterinary science she did not realise she would become a pioneer in her field in her home country of Papua New Guinea.

Dr Areori grew up in Madang in Papua New Guinea, where she completed primary and secondary school.

There were many visits from the sea town of Madang, where she was surrounded by flying foxes, to her mother’s village 45 minutes away.

Her father worked as an agricultural extension officer and her mother worked as a midwife, giving Dr Areori exposure to careers with animals and health care.

“I have always wanted to be an ‘animal doctor’, ever since I could start thinking about what I wanted to be as a little girl,” she said.

“We do not have vets in Papua New Guinea so I do not know how I knew about what an animal doctor was, and I didn’t have anyone that motivated me down that path.”

She lived in Adelaide when she was six years old for two-and-a-half years when her mother was on an Australian Awards Scholarship in 1994.

Dr Areori returned to Australia in 2015 as an Australian Awards Scholarship recipient to further her own studies. 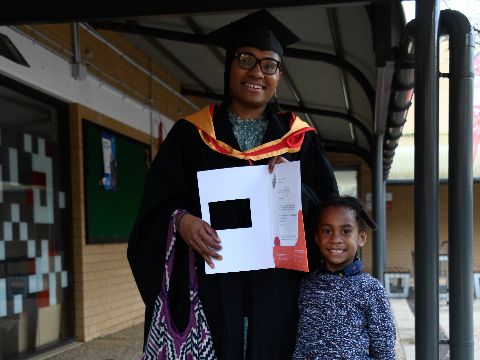 She had to leave her nine-month-old son behind to continue her education, adding to the stress of living in a different country and becoming a mature-age student.

“I had separation anxiety as a new mum, I was worried about settling in and making new friends,” she said.

Adjusting to her new life was difficult until University staff and students started making her transition easier.

“The staff at Charles Sturt University student services helped me settle into Wagga Wagga and get used to how things worked in Australia,” she said.

“The staff in the School of Animal and Veterinary Sciences were not only wonderful educators, but provided such a comfortable environment for learning and building relationships, some of which are my Wagga Wagga family now.

“I’m thankful to the students from my year for their friendship and support, driving me to and from class, for group study sessions and working together to get through exams.”

Dr Areori has many highlights from studying at Charles Sturt, including delivering her first calf via caesarean, doing an ovariohysterectomy/castration, and working with horses, an animal not commonly found in Papua New Guinea.

Unbeknown to her at the time, it was all these experiences that were shaping the foundation for her to become a pioneer in her field.

Dr Areori will start her journey back to Papua New Guinea with her son on Wednesday to become the country’s first female vet.

“When I started out, I didn’t know that I was going to be the first female vet. I was just a young woman going after my dreams,” she said.

“Now that I know this and acknowledge how challenging the journey has been to get to this point, the role I would play in inspiring or encouraging women and men from my home country is to do the same.

“I would like to make people, especially from the Pacific who are interested in pursuing this career, aware that studying veterinary science is possible.

“There is always a way. Just keep asking, searching and pursuing.”

The shortage of vets in Papua New Guinea provides difficulties delivering and sustaining animal health programs, which affects the ability to detect possible exotic and zoonotic diseases and offer other important animal health services that are crucial to animal and public health.

“With my qualifications, I hope to support the current work of delivering animal health services in the country and support capacity building in this area,” Dr Areori said.

Dr Areori will be unable to re-enter Australia to attend her December graduation ceremony due to travel restrictions.

Australia’s Chief Veterinary Officer Dr Mark Schipp said Dr Areori is an inspiration to young women and predicts she will have an impact in her chosen field.

“I had the privilege of meeting Tania when she commenced her studies at Charles Sturt University,” he said.

“It is inspiring to meet a young woman who is clearly going to contribute so much to animal health in Papua New Guinea.

“I hope her example inspires many other females in the region to take up veterinary studies and I am very grateful to Charles Sturt University for providing this vital training to international students, such as Tania.”

Vineyard to bottle: wine research to be showcased online