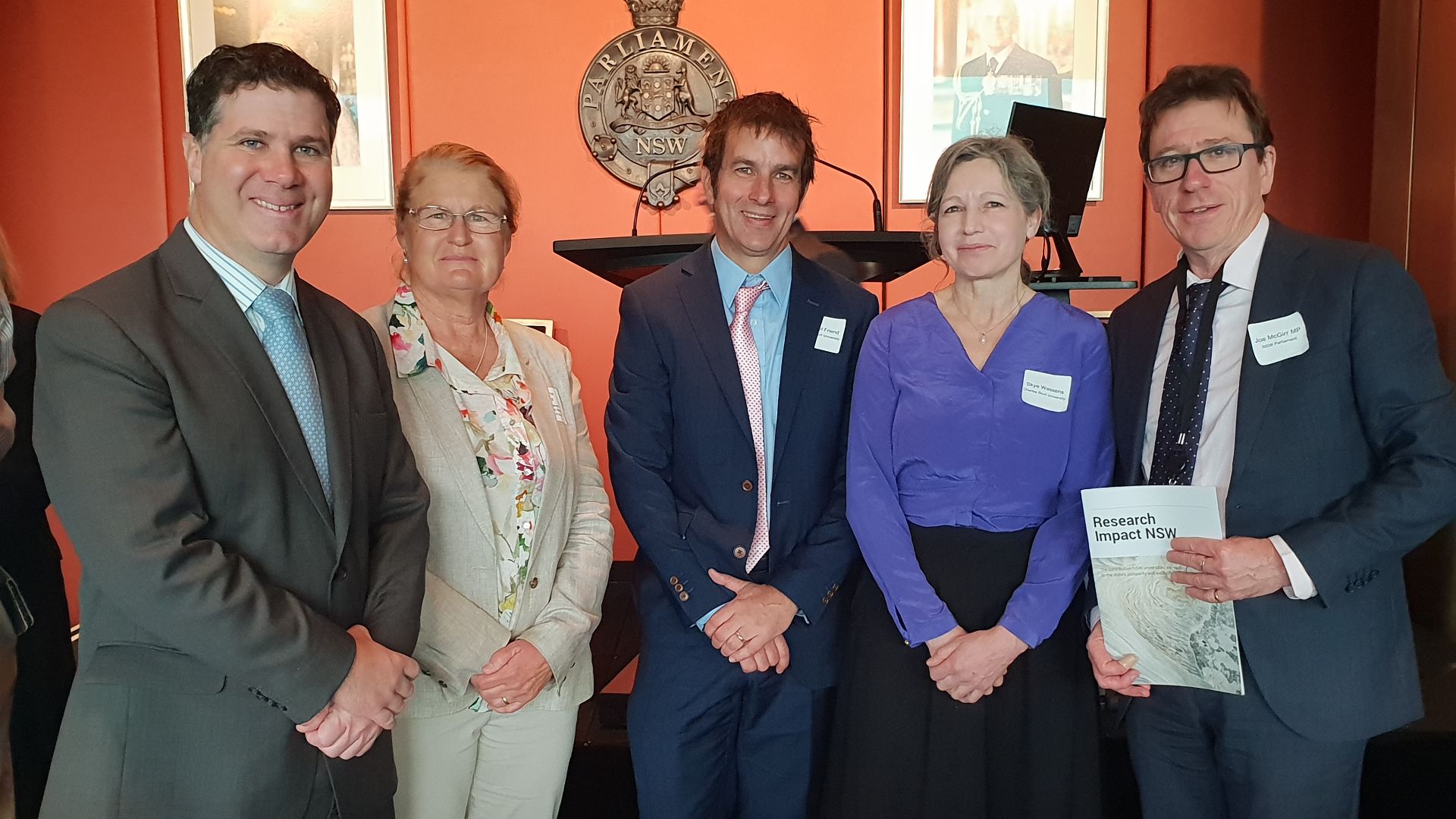 The showcase at Parliament House in Sydney was established by the NSW Deputy Vice-Chancellors (Research) Committee to highlight the important research being conducted by universities across the state.

The showcase also launched the report: Research Impact NSW – The contribution NSW universities are making to the state’s prosperity and well-being.

Out of the 17 projects that were selected to feature in a booklet, only two were chosen for lightning talks, including the research conducted by Dr Wassens and Professor Watts on Sustainable Water Systems – Supporting water management for the future.

Dr Wassens was joined by Mrs Farrant on stage to discuss how research of complex water systems can aid in sustainable systems to support water management in the future.

Outcomes from their community-based research can include management-focussed programs, deciding where water is to be allocated, and provide the basis for decision making during critical times, including during drought and floods.

“It was an honour and we were grateful for the opportunity to present the research of the Charles Sturt University environmental water teams on stage,” Dr Wassens said.

“It’s important to convey how we work with communities and government to translate research into real world outcomes.”

Professor Friend said it was an honour for Charles Sturt research to be featured, but even more important that the community understands that the University is working to benefit their needs.

“It’s so important to have recognition that our research makes a difference,” Professor Friend said.

“But it’s critical that the community knows that our research is making a difference to the quality of people’s lives and the economy.”