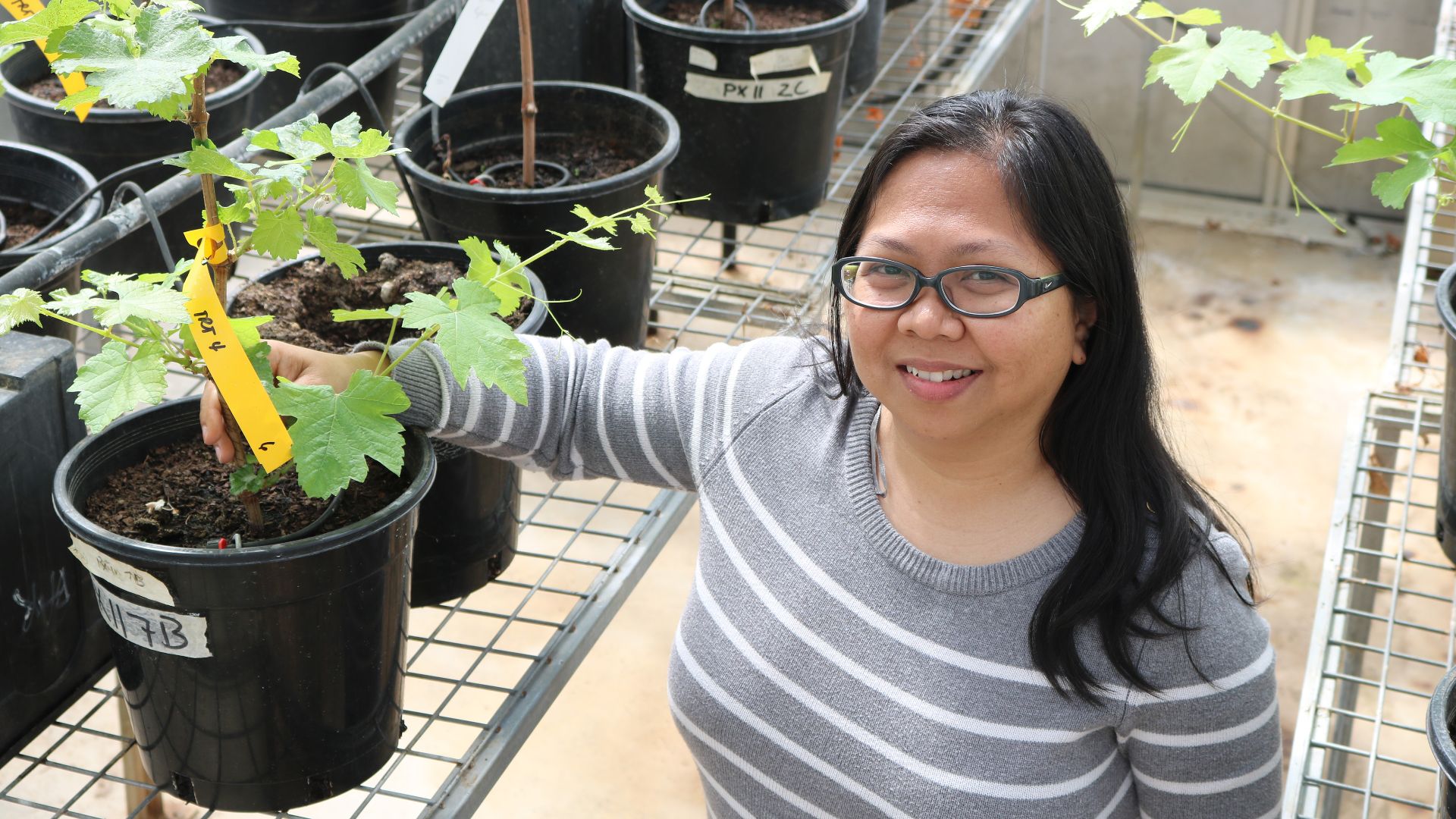 The research is focused on the fungal infections that cause grapevine trunk diseases, which can affect all major grapevine varieties grown in Australia and leads to dieback, yield losses and can eventually kill the vine.

Research at the National Wine and Grape Industry Centre (NWGIC) has identified the potential for a bacterial strain that naturally occurs in grapevines to combat a destructive disease in vineyards.

The research by Charles Sturt University (Charles Sturt) PhD student Ms Jennifer Niem (pictured) is focused on the fungal infections that cause grapevine trunk diseases (GTDs), which can affect all major grapevine varieties grown in Australia and leads to dieback, yield losses and can eventually kill the vine.

Ms Niem’s research has identified a particular strain of bacterium from the Pseudomonas group, which is showing great potential as a biological control agent.

“A number of strains of the Pseudomonas bacteria were collected from grapevines in Wagga Wagga, Hilltops and the Hunter Valley in NSW,” Ms Niem said.

“These were tested in the laboratory for their ability to inhibit fungi, which cause two of the most important GTDs found in Australia, eutypa dieback and botryosphaeria dieback.”

The most effective bacterial strains were further tested in grapevines for their ability to suppress GTD infection in actual plants.

“One in particular was very successful, reducing the rate of infection by 80 per cent, so the next step was to see if the particular strain of bacteria could be successfully introduced to nursery plant materials and potted vines in the glass house,” Ms Niem said.

Ms Niem’s supervisor, Charles Sturt Associate Professor Sandra Savocchia, said this is an important breakthrough that may pave the way for the future development of biological control of GTDs.

“This is an exciting finding because we have identified a strain of the bacteria that is effective at suppressing grapevine trunk diseases and also demonstrated that it can establish and colonise itself in the grapevine,” Professor Savocchia said.

“GTDs are a costly problem for the global wine sector, reducing the productivity and longevity of a vineyard.

“Once established these diseases are difficult to control as registered fungicides are limited and some only provide protection for a short period of time.

“Much more research and development is needed but this is showing great promise as a biological control agent that could provide the industry with a new way to tackle these devastating diseases.”

Ms Niem’s research is funded by Charles Sturt and a Wine Australia scholarship.

She is supervised by Professor Savocchia, Dr Regina Billones-Baaijens and Dr Benjamin Stodart from the Charles Sturt School of Agricultural and Wine Sciences.

Ms Niem’s research contributes to a broad program of activities funded by Wine Australia that is helping Australia’s grapegrowers to get onto the front foot in the management of GTDs.

The program incorporates new research to improve management strategies; the development of tools such as the GrapeAssess app and the Grapevine Trunk Disease Best Practice Management Guide to help growers identify, assess and manage the diseases; and extension-focused case studies for growers to hear from their peers who have adopted management strategies.

The NWGIC is an alliance between Charles Sturt, the NSW Department of Primary Industries and the NSW Wine Industry Association. 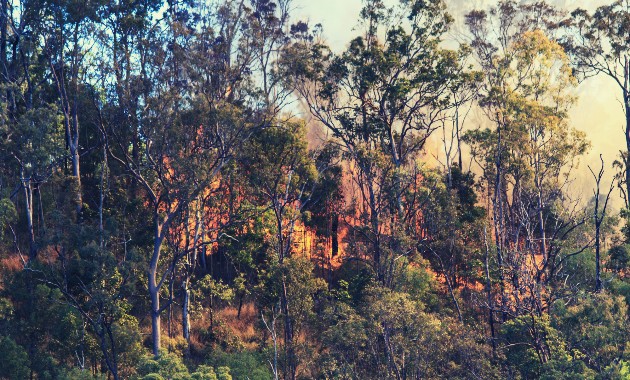