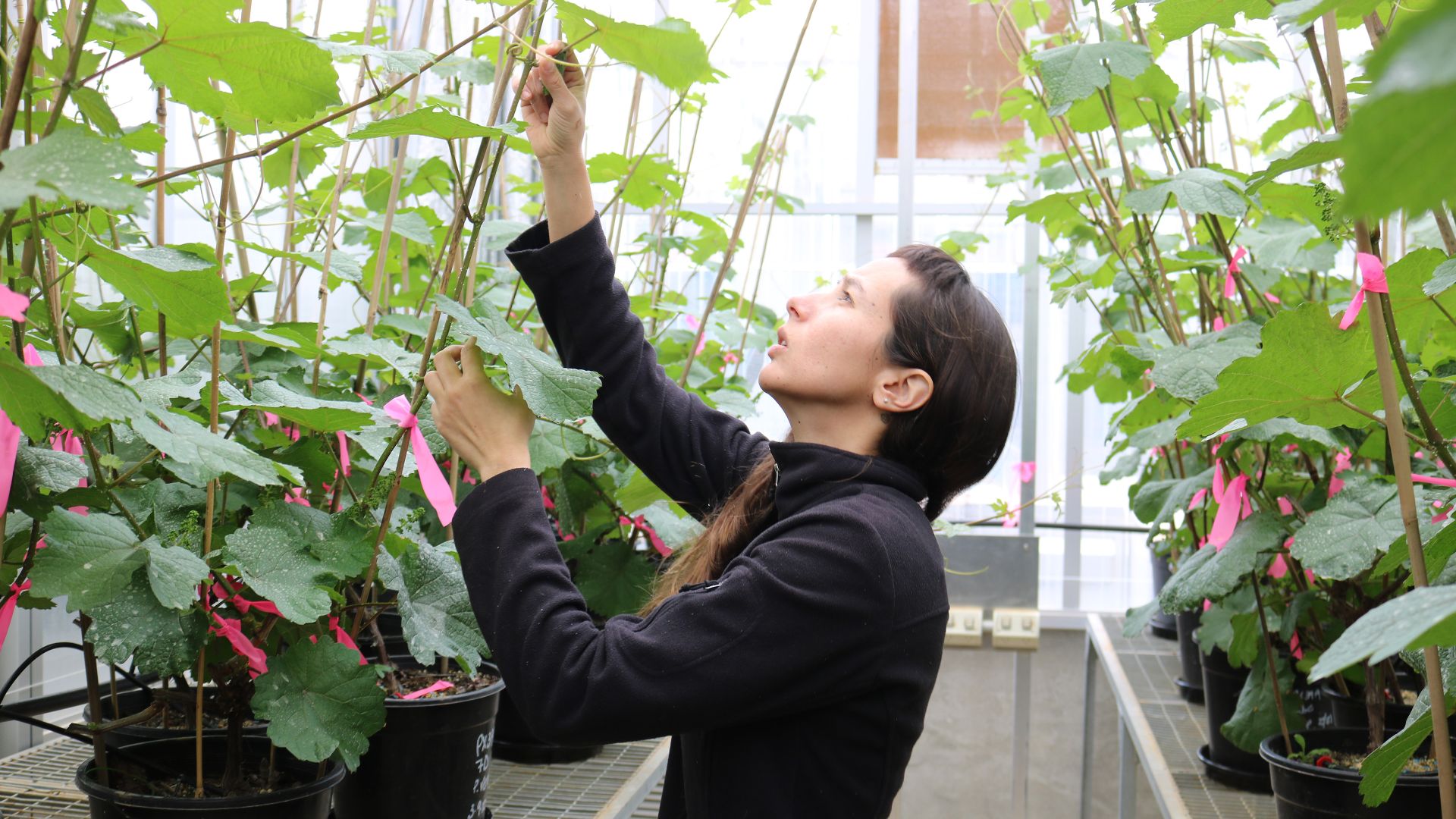 Charles Sturt postdoctoral researcher Dr Joanna Gambetta investigated the impact of the timing of defoliation on Chardonnay grapes in two vineyards in Orange.

Research by the National Wine and Grape Industry Centre (NWGIC) is shining new light on how to reduce sunburn damage on grapes by identifying the best time to remove leaves from the vine.

She found early leaf removal led to a higher accumulation of photo-protective compounds in the grapes earlier in the season allowing them adjust to hotter conditions and reducing the incidence of sunburn.

“Sunburn can affect up to 15 per cent of winegrape berries in Australia in any given season as a result of high-light in combination with high ambient temperatures and ultraviolet (UV) radiation,” Dr Gambetta said.

“This can lead to downgraded fruit causing significant economic losses to growers and wineries.

The study's key findings were:

Dr Gambetta will present the findings of her research at the NSW Department of Primary Industries (DPI) Spring Vine Health Field Day at the Orange Agricultural Institute on Thursday 26 September.

The NWGIC is an alliance between Charles Sturt, the NSW DPI and the NSW Wine Industry Association.