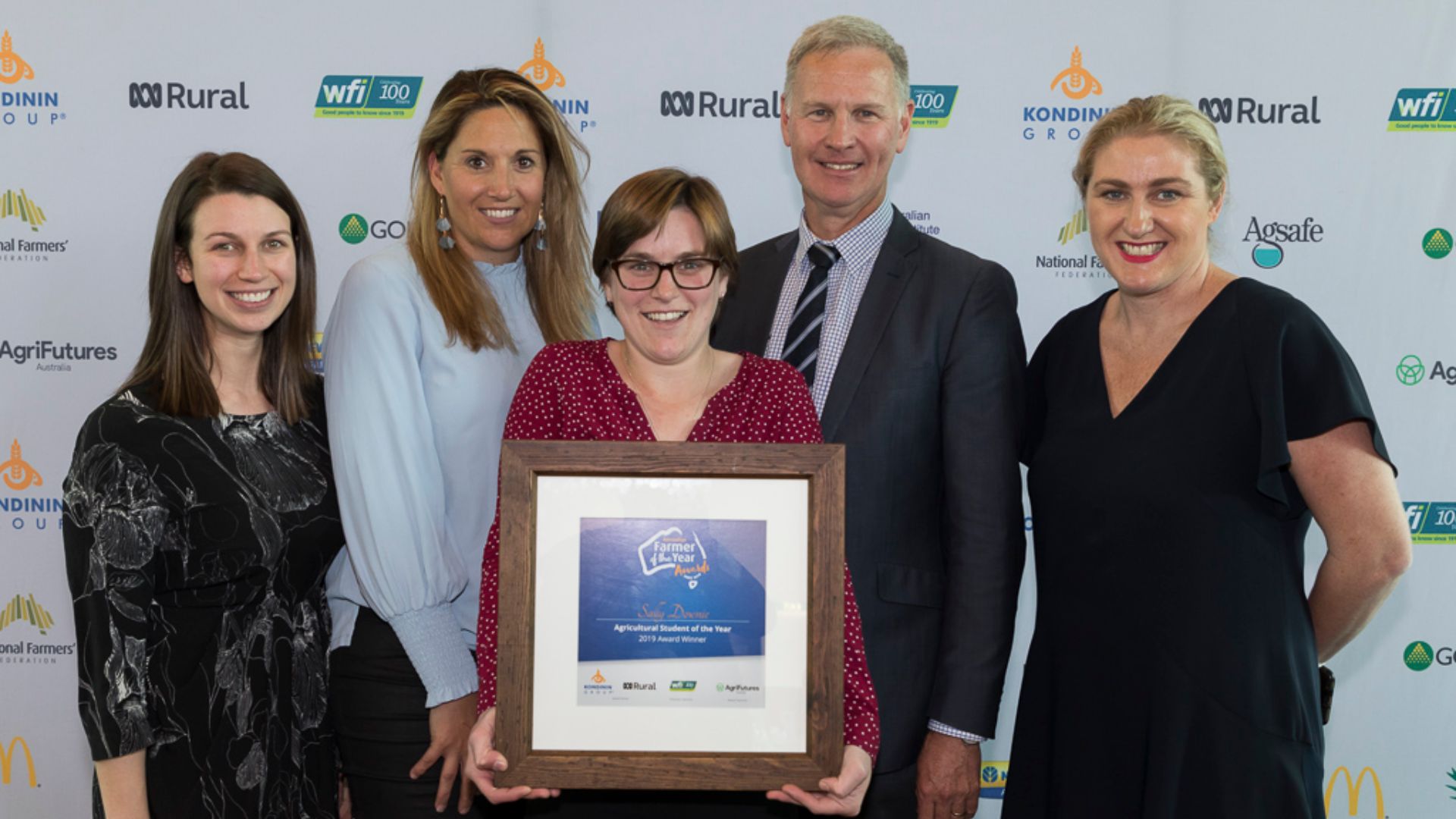 Charles Sturt student Miss Sally Downie is named the inaugural winner of the Agriculture Student of the Year at Australian Farmer of the Year Awards.

The awards celebrate individuals and families across Australia who make a valuable contribution to the nation’s agriculture industry.

For Miss Sally Downie, the winner of the Agricultural Student of the Year Award, the agriculture industry has always been a part of her life, and the hardworking student has already developed new initiatives to support the industry and its people.

Miss Downie grew up on a dairy farm near Forbes and is currently working on a sheep property in Trundle.

She knows how demanding life on the land can be and was relieved to know she did not have to move away to attend university. 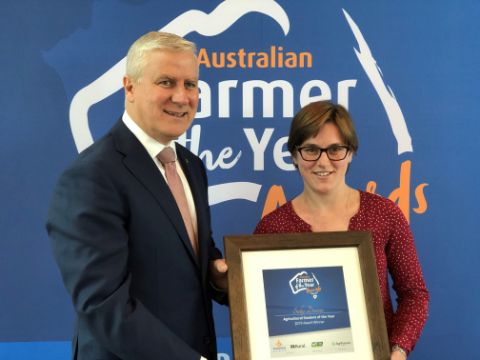 Miss Downie is in her second part-time year of studying a Bachelor of Agriculture online.

“I wanted to do a bit more with the farm and take my studies back to the farm,” she said.

“My backup plan is to go into other aspects of the farming industry, there’s a whole heap of careers out there.”

Miss Downie was announced as the winner of the inaugural Agricultural Student of the Year Award at Parliament House in Canberra on Wednesday 16 October.

“This is encouraging because it shows you don’t have to move away to do a full-time university degree and be a stereotypical student,” she said.

Miss Downie said that while the win came as a shock to her the award was important to recognise students in agriculture.

“Sally is passionate about agriculture and is already having an incredible impact on her fellow students, industry and community,” he said.

“Through her studies, I am confident Sally is going to achieve big things in our industry.”

Her own struggles with mental health and difficulty obtaining treatment prompted her to ensure others in regional NSW get the care they need.

“It opened my eyes to how limited the services are,” she said.

The 2019 Australian Farmer of the Year Awards, sponsored by AgriFutures Australia, honours farmers in 10 categories.