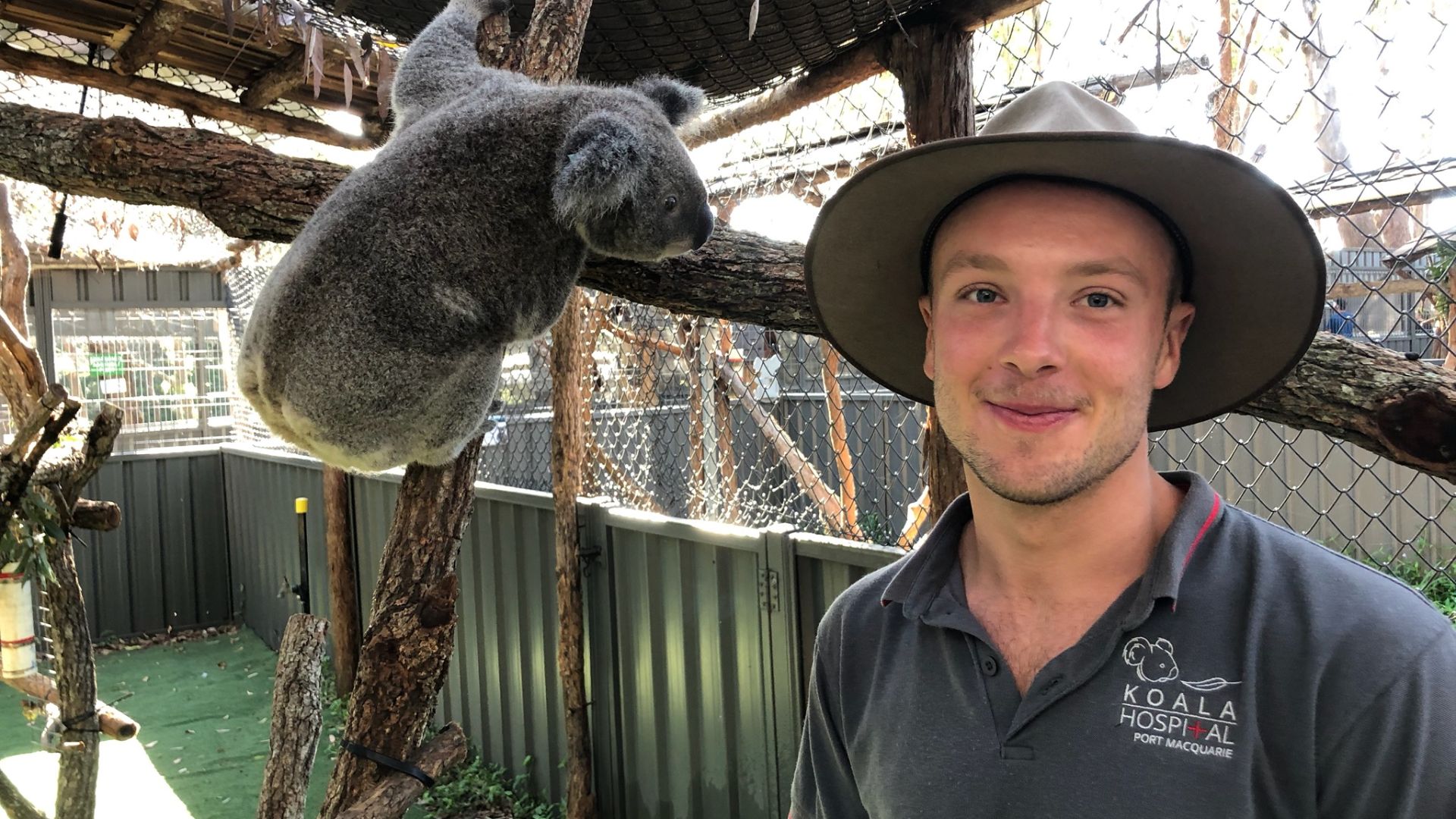 Charles Sturt student volunteers to save koalas after devastating events in NSW and Victoria and encourages others to get involved in wildlife conservation ahead of World Wildlife Day.

Long before the rest of the world learned of the plight of Australia’s wildlife due to bushfire devastation, Charles Sturt University student Mr Clay Mueller was aware of the importance of helping these furry creatures.

The second-year Bachelor of Environmental Science and Management student in Port Macquarie is dedicating his studies and spare time to regenerating and rejuvenating the country’s wildlife, especially the koala population.

And ahead of World Wildlife Day on Tuesday 3 March, he is encouraging other students to take the same opportunities to help these native wonders.

Mr Mueller has been a tour guide at the Port Macquarie Koala Hospital since mid-2019.

He has since educated thousands of visitors, including the Sydney Swans football team, on koala conservation and rescue efforts, especially after the bushfires that devastated the Mid North Coast in recent months.

Mr Mueller leads groups of between 50 and 300 people on tours of the hospital, which he said has been beneficial to his studies and personal growth.

“On a personal level, I’m a lot better at talking to a group of people and communicating scientific issues to the public,” he said.

“I’ve been able to grow as a person, it’s been very rewarding.

“I’ve always been passionate about conservation and we are lucky to have the Koala Hospital in Port Macquarie.” 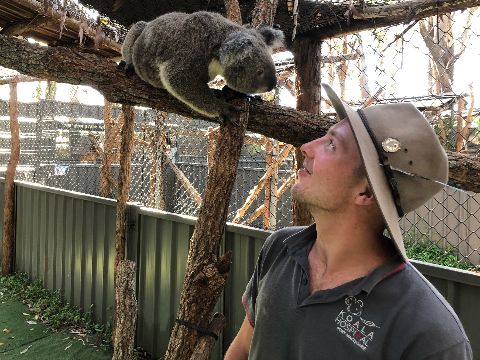 In recent weeks, Mr Mueller was in Victoria volunteering to create enclosures and coordinate groups of people assisting to rescue koalas after logging on a property left dozens of the animals homeless and injured.

He worked with Mosswood Wildlife, the International Fund for Animal Welfare, and the Department of Environment, Land, Water and Planning to rescue more than 30 koalas and introduce them to their new habitats.

“I’ve seen koalas of all different shapes and sizes get injured. You develop a connection with them and to the species,” he said.

Mr Mueller said the efforts of hundreds of volunteers over the past months to assist injured and sick wildlife after the bushfires reinforces the impact that humans can have on regenerating the planet.

He said World Wildlife Day was a chance to recognise these efforts and dedicate time and resources to improving the ecosystem.

“In the worst circumstances, we have seen the best of humanity. Everything that humans rely on comes from nature and our delicate ecosystems,” he said.

“It makes you want to fight a bit more. I’m incredibly grateful for the opportunity to travel to Victoria and to the scholarship donors who provided the financial stability allowing me to take two weeks out of my work schedule to support the recovery effort.”

Charles Sturt Director of External Engagement for Port Macquarie Ms Kate Wood-Foye is thankful for the relationship between the University and Koala Hospital and praised the hospital’s efforts.

“The Koala Hospital and the work the team do there is quite literally hope in action for the awareness, protection and service of our precious koalas,” she said.

“Charles Sturt University continues to work alongside the incredibly dedicated team at the hospital by providing student and staff volunteers and undertaking collaborative projects through our School of Environmental Sciences.

“World Wildlife Day serves as a timely reminder to treasure our native animals, especially those that are endangered. Now more than ever we need our communities pull together to preserve our fragile and beautiful environment.”

Charles Sturt will be joining other leading organisations in the Mid North Coast region to volunteer staff and student time to assist with the replanting of trees for essential rebuilding of koala habitats.

To volunteer at the Port Macquarie Koala Hospital, call the hospital or contact 6584 1522. There are many roles available for volunteers, including koala care, the retail shop, administration, working at a plantation or as a guide.