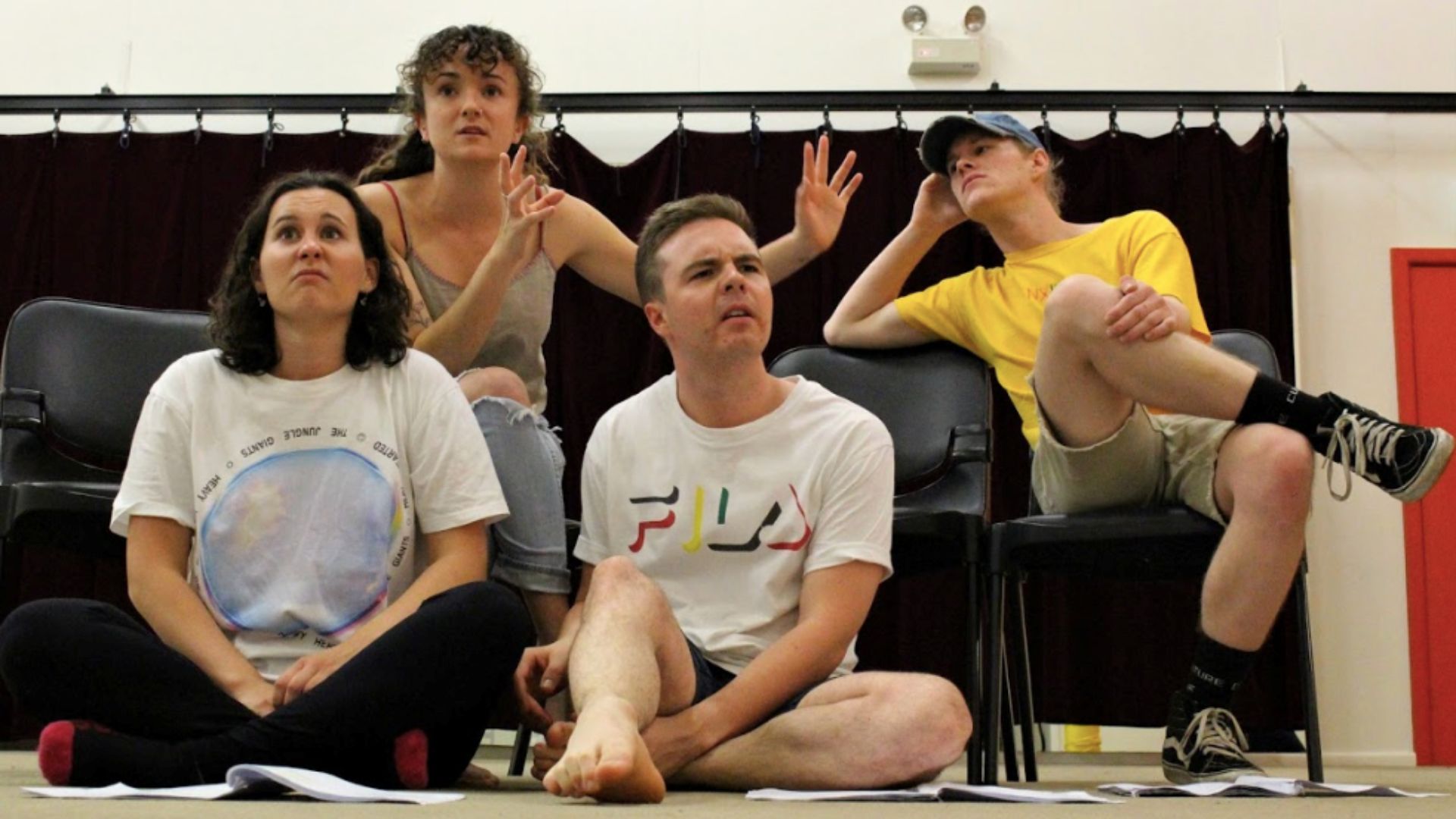 The 50-minute play Good Mourning was originally performed as final-year major work at the Charles Sturt School of Communication and Creative Industries in Bathurst in 2019.

The production earned the Blair Milan Touring Prize to further develop and tour the production, resulting in a five-night season at the Old 505 Theatre in Newtown, Sydney, from Tuesday 3 to Saturday 8 March 2020.

Good Mourning was co-written and co-produced by theatre media students Ms Sonia Dodd, from Newcastle, and Ms Hannah Armstrong, from Bathurst, who also directed the play.

The close friends collaborated to conceptualise, write, edit, direct and produce the show.

The play explores both grief and the joys of storytelling, and is suited to all ages and walks of life, and all those who experience grief.

Ms Dodd said Good Mourning retells the true story of an eight-year old girl who loses her father to cancer.

“What makes this production particularly special is that it’s directed by Hannah – the girl whose story is being told,” she said.

“Four unnamed characters retell the story of the family’s final three months with their father, recalling in detail the day he died, which reminds us how heartbreakingly difficult this experience is.

“They often argue over minor details and emphasise unnecessary family tensions as they recall the positive memories from those final three months, and reminisce about their time with the father.”

The set of Good Mourning features hundreds of pages of handwritten, anonymous stories about grief in different forms.

“The audience are invited to explore the space and read stories which vary from losing keys to losing sanity to losing a child, or perhaps losing a sense of self,” Ms Armstrong said.

“As a precursor to the performance, this opportunity to read strangers’ stories brings about a sense of human connection, which is why our show is worth seeing – it is simultaneously heart-warming and heart-breaking, in an honest and joyful way.”

The lighting design is by Rhys Mendham, and the stage manager is Ms Brittany Myers.

The team hopes to stage future performances of the production.

Find more information about Good Mourning on Facebook, and donate to the Blair Milan Fund.

To arrange interviews with Ms Hannah Armstrong and Ms Sonia Dodd contact Bruce Andrews at Charles Sturt Media on mobile 0418 669 362 or via news@csu.edu.au