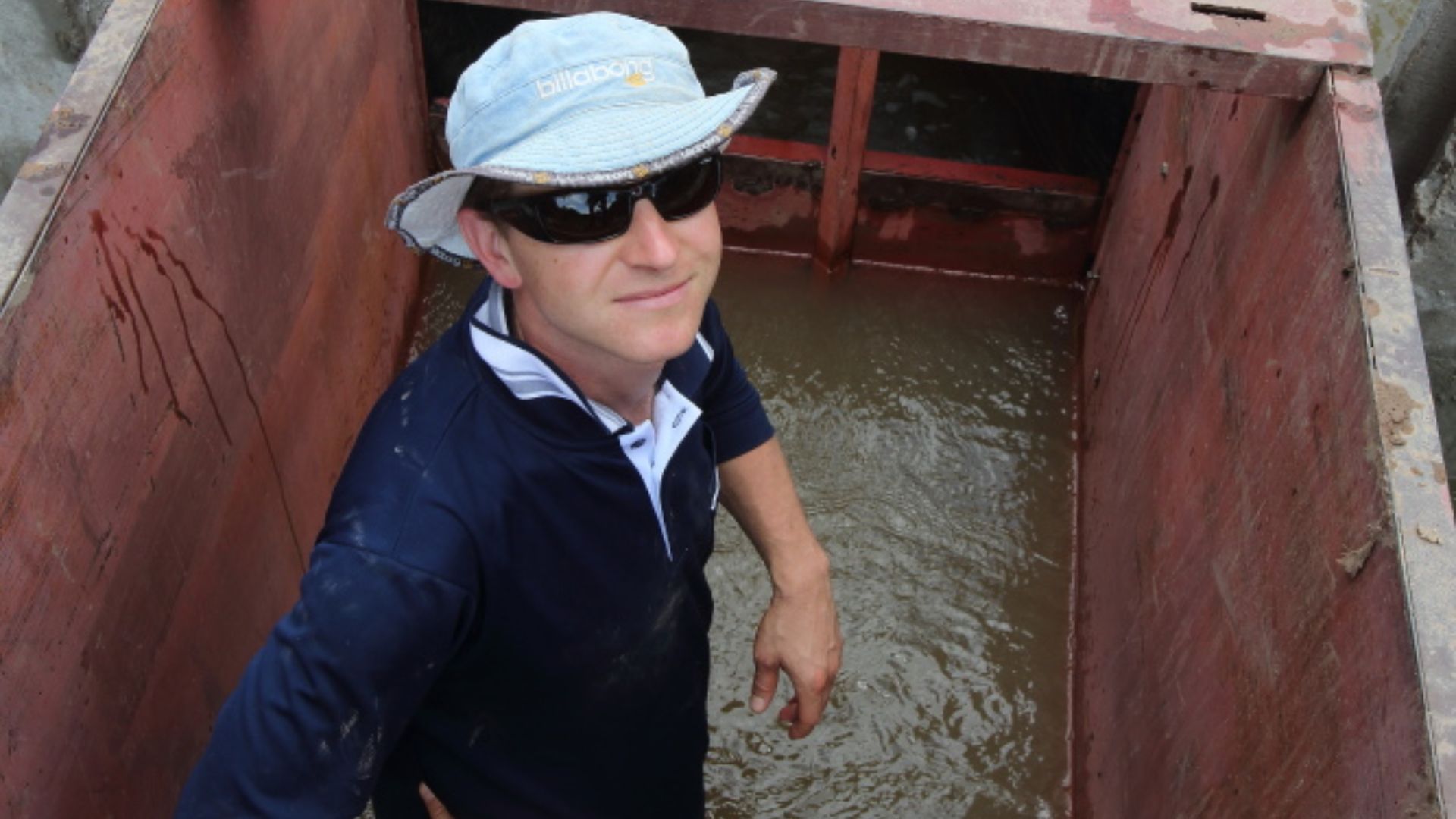 Two Charles Sturt academics will give presentations as part of the Oceania region in the World Fish Migration Day 24-hour online global marathon.

Charles Sturt University will start a wave of presentations that will span the entire globe in celebration of World Fish Migration Day.

Every two years, the World Fish Migration Foundation hosts a series of global events to celebrate the importance of free-flowing rivers.

These World Fish Migration Day events usually take place on rivers, but with most of the world still in lockdown, the celebration has been moved to an online platform.

The foundation will run a non-stop 24-hour global online marathon on Thursday 14 May, which will start in Oceania, focusing on Australia, New Zealand, Papua New Guinea and Indonesia, then move west around the world.

Charles Sturt is hosting the Oceania session, with fish ecologist in the Institute for Land, Water and Society Professor Lee Baumgartner giving the first of two presentations from the University’s academics.

Professor Baumgartner’s presentation, ‘300 years of decline; status and trends of native fish across Oceania’, will focus on how much inland fishery has changed across Australia and South East Asia, and the reasons why. His presentation will commence 11.15am AEST.

He said this event highlights the work being done around the globe to conserve a precious resource, with estimations less than 60 per cent of the world’s rivers are free flowing.

“The development of rivers for water supply, hydropower and irrigation has not only blocked fish migrations, but fundamentally changes the way rivers function” Professor Baumgartner said.

“For instance, here in the Murray-Darling Basin, river regulation has led to fish communities now being less than 10 per cent of pre-European levels.

“Fish are, globally, an important source of protein for many people and important socially, culturally and economically for most of the world, but fish have a need to migrate at some stage of their life.” Adjunct Professor Martin Mallen-Cooper, a specialist in fish biology for more than 30 years whose research has led to new approaches and applications in fish migration and improved ecological function, will give his presentation from 12.15pm AEST.

His talk will focus on whether the recent ecological disaster in the Darling River can be fixed.

“The transformation of inland rivers from naturally flowing rivers to a series of pools has had a catastrophic impact on river health and biodiversity,” Professor Mallen-Cooper said.

“The lack of flowing water is not a natural condition that fish and other aquatic animals are adapted to. Those conditions are extreme, possibly once-in-1000-year events.

“The talk will explore how the Darling has fundamentally changed and ways we might be able to think about applying innovation to fix it.”

“These speakers are widely considered experts and have been asked to develop a series of engaging, highly-visual presentations to help share the plight of fish and what is being done to help them deal with their river development challenges,” Professor Baumgartner said.

“The challenges of river development, and the impact on fish, are global issues; which is why a worldwide event has been planned”.

The talks will be aimed at scientists, managers, fishermen, university students and school students. Participants can sign up for a region or the entire marathon.

The free event is limited to 1,000 places per zone and registrations must be made via the Global Swimways Webinar Marathon site.