Several academics and others at or associated with CSU have received 2019 Australia Day honours.

* Honours embody the CSU ethos of ‘For the public good’ 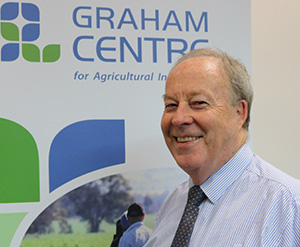 Several academics and others at or associated with Charles Sturt University (CSU) have received 2019 Australia Day honours.

CSU Vice-Chancellor Professor Andrew Vann congratulated the honours recipients, saying it was wonderful to see so many scholars associated with the University acknowledged for their contributions to higher education, to their professional disciplines, to their communities, and to the development of regional Australia.

“It’s a tribute to these Australians that their dedication over many years is recognised at the national level,” Professor Vann said.

“Their contributions embody the University’s motto ‘For the public good’, and our ethos embodied in the Wiradjuri phrase Yindyamarra Winhanganha, meaning ‘the wisdom of respectfully knowing how to live well in a world worth living in’.

“Reflecting on our University’s values, their efforts over many years have truly been insightful, impactful, inclusive and inspiring.”

CSU Emeritus Professor Jim Pratley (pictured above) has been made a Member in the General Division of the Order of Australia (AM) for his service to agricultural science through roles as an educator, researcher and advisor.

Professor Pratley was the Foundation Dean of the CSU Faculty of Science and Agriculture from 1990 to 2006, and co-founder of the Australian Council of Deans of Agriculture. In 2013 he completed a Ministerial Review of agricultural education and training in NSW, leading to mandatory agriculture components in the state’s school curriculum. 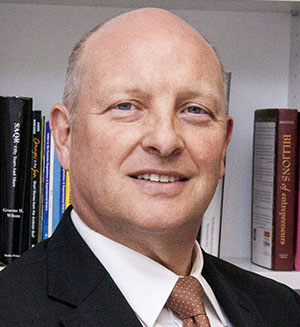 Professor David Widdowson (pictured left), Chief Executive Officer of the CSU Centre for Customs and Excise Studies in Canberra since 2013, was also made a Member in the General Division of the Order of Australia (AM), ‘For significant service to higher education in the field of international trade and customs’.

Among his many national and international roles and awards, Professor Widdowson is a recipient of the Prime Minister’s Exporter of the Year Award for Education and Training, 2008.

He is founder and current President of the International Network of Customs Universities, as well a founder and current editor-in-chief of World Customs Journal. He is Managing Director, Asia-Pacific, Trusted Trade Alliance, and on behalf of the Centre for Customs and Excise Studies, recipient of the Education and Training Exporter of the Year, ACT Chief Minister's Export Awards, 2004, 2005, 2006 and 2008.

Dr Raymond Harding was made a Member in the General Division of the Order of Australia (AM) ‘For significant service to the broadcast media, particularly as a script writer and producer for television’.

Dr Harding is a former lecturer at the CSU School of Communication and Creative Industries in Bathurst (2001 to 2015).

As a script writer, producer, and story editor for a range of television shows (including Home and Away, Neighbours, A Country Practice, and Mirror, Mirror) for more than 25 years, Dr Harding wrote 684 episodes of serial and series television in Australia, Britain, New Zealand and Sweden from 1979 to 2001.

Professor Tara Brabazon was made a Member in the General Division of the Order of Australia (AM) ‘For significant service to education, particularly to graduate and cultural studies.  She was Professor of Education and Head of the CSU School of Teacher Education from 2012 to 2014.

CSU Adjunct Senior Fellow (2007-2016) Dr Joy Goodfellow was made a Member in the General Division of the Order of Australia (AM) ‘For significant service to early childhood education, to children with special needs, and to professional standards’.

The Reverend Professor Emeritus Robert William Gribben was made a Member in the General Division of the Order of Australia (AM) ‘For significant service to the Uniting Church in Australia, to ecumenical relations and theological studies’.

Among numerous ecumenical appointments and achievements since 1970 Reverend Professor Gribben was co-founder and Chair of the CSU Centre for Ecumenical Studies (1997-2014).

Mr Roger Fletcher (Dubbo) received the Medal of the Order of Australia in the General Division (OAM) ‘For service to primary industry’. Mr Fletcher is Managing Director, Fletcher International Exports and Fletcher International, since 1988, and a current Board Member of Infrastructure NSW. He received an Honorary Doctorate of Business from Charles Sturt University in 2007, and was Distinguished Australian of the Year, Australian Meat Industry Council (1997).

Mr James Couper (Bathurst) received the Medal of the Order of Australia in the General Division (OAM) ‘For service to the community as a church administrator’ (Catholic Diocese of Bathurst). Among other appointments and achievements Mr Couper was a sessional academic in the CSU School of Communication and Creative Industries in Bathurst (2007-2008), and a lecturer in marketing (1986-1990).