Green light for biodiversity at CSU

Specially designated biodiversity zones have been established across CSU to protect habitat for endangered and threatened flora and fauna species. 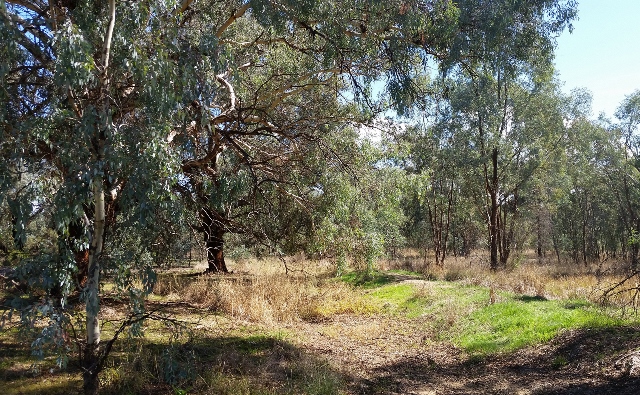 Specially designated biodiversity zones have been established across Charles Sturt University (CSU) to protect habitat for endangered and threatened flora and fauna species such as the Squirrel Glider, Superb Parrot, Sloanes Froglet and Button Wrinklewort.

CSU has achieved its target for biodiversity conservation and improvement by allocating approximately 20 per cent, or more than 85 hectares, of University land to increase and improve biodiversity at CSU in Albury-Wodonga, Bathurst, Canberra, Dubbo, Orange, Port Macquarie and Wagga Wagga.

In partnership with CSU Farm Manager Mr Jim Mellor, farm land at Orange and Wagga Wagga has been included in the biodiversity areas for conservation and improvement.

In welcoming the move, CSU Green Manager Mr Ed Maher said the project, which has the green light and formal endorsement of the University's leadership, covers an expansive area in multiple locations.

"Within the University's footprint in regional NSW there are threatened and endangered species and ecological communities," Mr Maher said.

Other threatened fauna species within the University's footprint include the Squirrel Glider (Petaurus norfolcensis), Superb Parrot (Polytelis swainsonii) and Sloane's Froglet (Crinia sloanei), both of which are vulnerable, and the Swift Parrot (Lathamus discolor), which is endangered.

Mr Maher said, "The establishment of biodiversity zones provides an opportunity for Charles Sturt University to act as living laboratories for learning and research.

"An example of this is the development of a habitat guideline for Sloane's Froglet which has been developed as a direct result of research undertaken by one of our own experts in this field, Dr Alexandra Knight.

"It is imperative that we, as an organisation, assist in biodiversity improvement where we can for native flora and fauna and for the health and wellbeing of Charles Sturt University staff, students and the wider community."

"Humans as a society need to understand and value the goods and services of our ecosystems, whether it is for clean water, healthy soil, shelter, food, flood mitigation and resources."

Mr Maher said consultation has already begun with key stakeholders on the management plans that will be applied to the allocated biodiversity zones, For example, this will mean the implementation of a sustainable grazing program that will encourage native grasses to flourish while exotics will be discouraged from reproducing due to the timing and intensity of grazing.