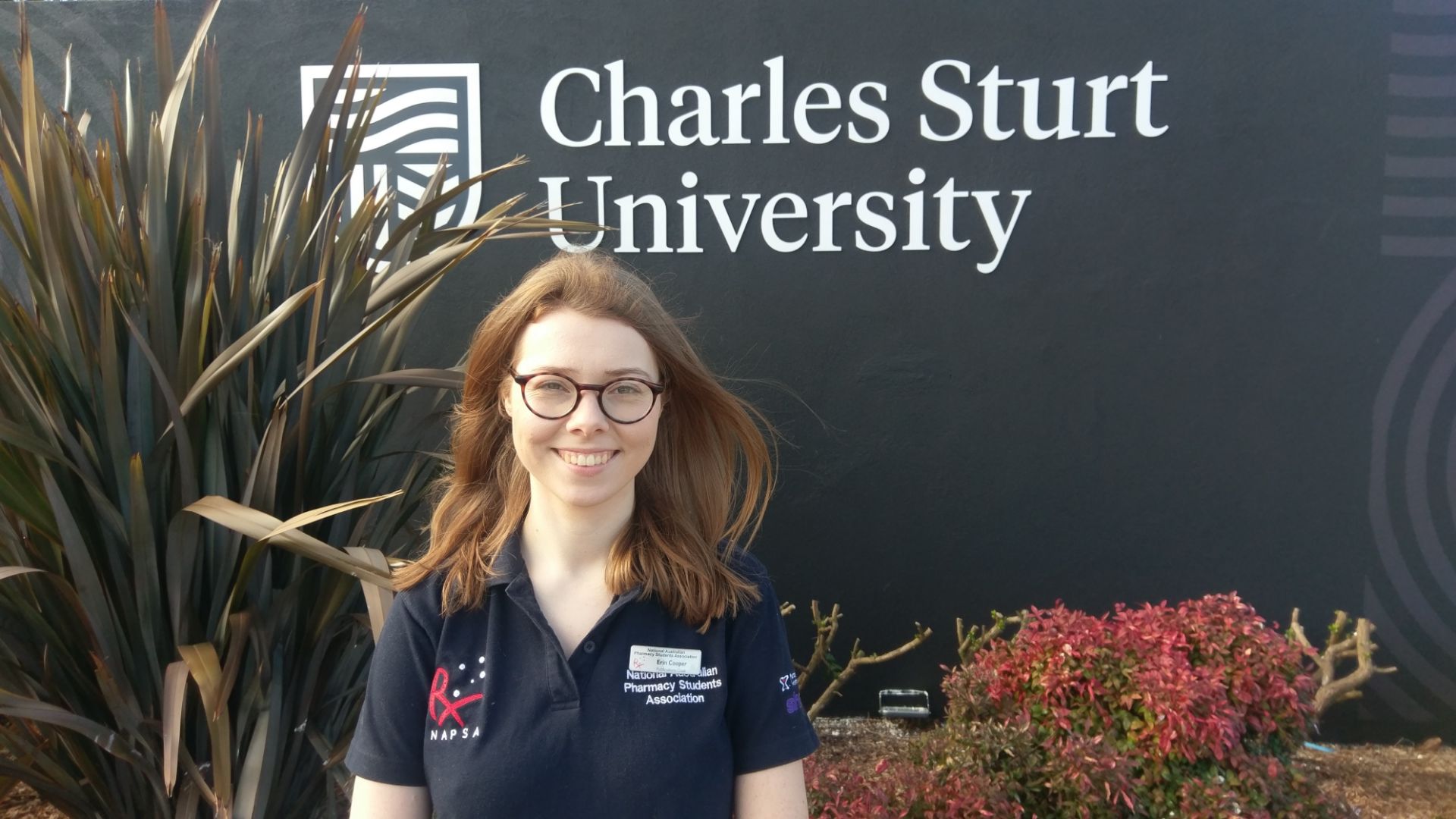 NAPSA represents the interests of pharmacy students completing either an undergraduate or postgraduate course at 18 universities across Australia.

As president, Ms Cooper will act as a spokesperson and representative of NAPSA and is responsible for overseeing all internal and external affairs during their term.

Ms Cooper, who attended Orange High School, said she is looking forward to the role, and already has plans to make some positives contributions to NAPSA.

“I hope to improve NAPSA’s branch memberships and involvement, and communication with pharmacy students in Australia so each student knows about the amazing benefits and opportunities that NAPSA branch memberships offer,” Ms Cooper said.

“I also plan on continuing the great work of the previous NAPSA Board in strengthening our communication and involvement with industry bodies and the wider pharmacy profession.”

For the last three years Ms Cooper has worked at a pharmacy in Orange and said she has enjoyed being able to work and study in her hometown.

“I have been interested in studying pharmacy since I was in Year 10 and I was originally planning on moving away to study my degree, but when I did a tour of Charles Sturt in Orange in Year 12, I immediately knew I wanted to enrol here,” Ms Cooper said.

“I applied for early entry, which I received, and everything fell into place.

“It’s nice to go to university in my hometown, and I love that Charles Sturt in Orange is small because you get to know your peers and teachers quite well.”

As part of the selection criteria for NAPSA’s presidency, candidates must be nominated and are then required to film and submit a short video explaining why they are suitable for the position.

The video is then reviewed by NAPSA’s Advisory Council who vote for their preferred candidate at the organisation’s Annual General Meeting in Melbourne.

Associate Professor Maree Donna Simpson in the Charles Sturt School of Biomedical Sciences said, “This is a tremendous leadership opportunity for Erin and a testament to her hard work and passion for pharmacy”.

“At Charles Sturt, we are very proud of our pharmacy course, the work our graduates do, and the strong connections we have to pharmacy.

“Erin’s election, and the work she will do in her role as president of NAPSA, will further strengthen Charles Sturt’s positive reputation and commitment to pharmacy.”

NAPSA is a member-based organisation run by students and for students, and works to provide many opportunities for pharmacy students in Australia such as education events, networking, and social events.

The organisation also works to promote pharmacy and health awareness, and raise funds for selected charities.