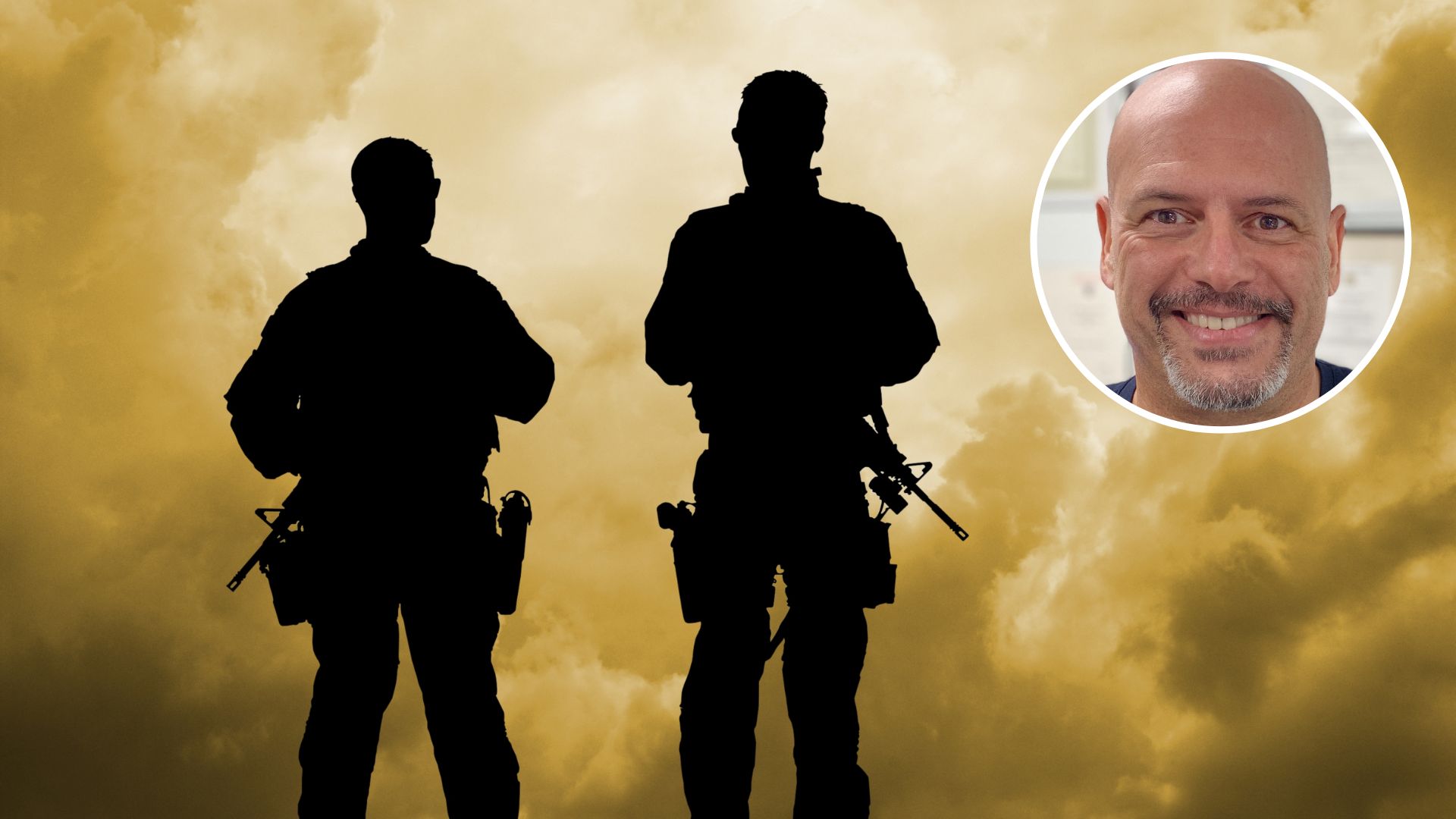 A leading Charles Sturt University researcher has been awarded a prestigious fellowship for the second time to extend his research into the impact of dehydration on Australian Defence Force (ADF) personnel.

A leading Charles Sturt University researcher has been awarded a prestigious fellowship for the second time to extend his research into the impact of dehydration on Australian Defence Force (ADF) personnel.

Professor of Applied Physiology, Frank Marino (pictured, inset) in the Charles Sturt School of Allied Health, Exercise and Sports Sciences has been named the 2022 Spitfire Memorial Defence Fellow, to continue research to enhance ‘Understanding the impact of dehydration on performance’.

The Spitfire Association made the announcement on Thursday 4 November and noted this Fellowship specifically focuses on infantry soldiers.

The research will examine the extent to which heat strain and hydration affects the postural stability and sway in military personnel, and what impact this has on their ability to aim with precision when engaging hostile forces.

Professor Frank Marino said the importance of this research is because climate change will inevitably require defence personnel to engage in combat in significantly warmer environments and expanding difficult terrain.

“Rising body temperatures and hydration status seriously affect cognitive/tactical decision making and performance. It is therefore important to understand what impact these factors have on combat performance.”

Professor Marino has previously conducted research into the impacts of hydration on the human body and on the performance of soldiers in warfighting situations as a 2016 Spitfire Memorial Defence Fellow.

He believes this area of research is important to keeping Australia resilient and maintaining our warfighting edge.

“The initial idea was the little-understood impacts of water deficits on the body and how a person makes decisions,” Professor Marino said.

“Humans are built to withstand dehydration and while we don’t need to interfere with that, we do need to understand what a safe operating threshold for military personnel is.

“Understanding this has implications for how much water they need to carry and its impact on their performance in the field.”

Professor Marino said what the research revealed is that it appears a degree of dehydration is OK provided military personnel are trained in the conditions they are expected to operate in.

“For example, if they march in hot conditions with a full pack, and have not drunk any water, how does this affect their ability to aim and shoot?” he said. “Does being slightly dehydrated affect their posture and ability to aim?”

“You need scientific data to inform policy, but you also need feedback from the field,” he said.

“I firmly believe it is important for Australia to draw on its own research, so we are not influenced by others’ policies, and to establish our own intellectual property, relevant to the Australian context and Australian needs.”

Professor Marino said the Fellowship has not only helped him to further his research, but it has helped develop the knowledge of his PhD student, with whom he has published three papers.

To arrange interviews with Professor Frank Marino contact Bruce Andrews at Charles Sturt Media on mobile 0418 669 362 or via news@csu.edu.au

The Spitfire Memorial Defence Fellowship was conceived by pilots of 457 Squadron Royal Australian Air Force (RAAF) and is the living memory of the Spitfire Association founders and their passion for Australia that they fought to defend during World War II.

Recognising the need to be ever vigilant, their vision for the Fellowship was as an ongoing living memorial rather than a traditional granite and bronze monument.

Each year, the Spitfire Memorial Defence Fellowship is presented at Government House by the Governor General of Australia. Fellowships have been awarded for study into hypersonics, unmanned aerial and surface systems, and cybersecurity.