Double-edged sword of plagues and rodenticides 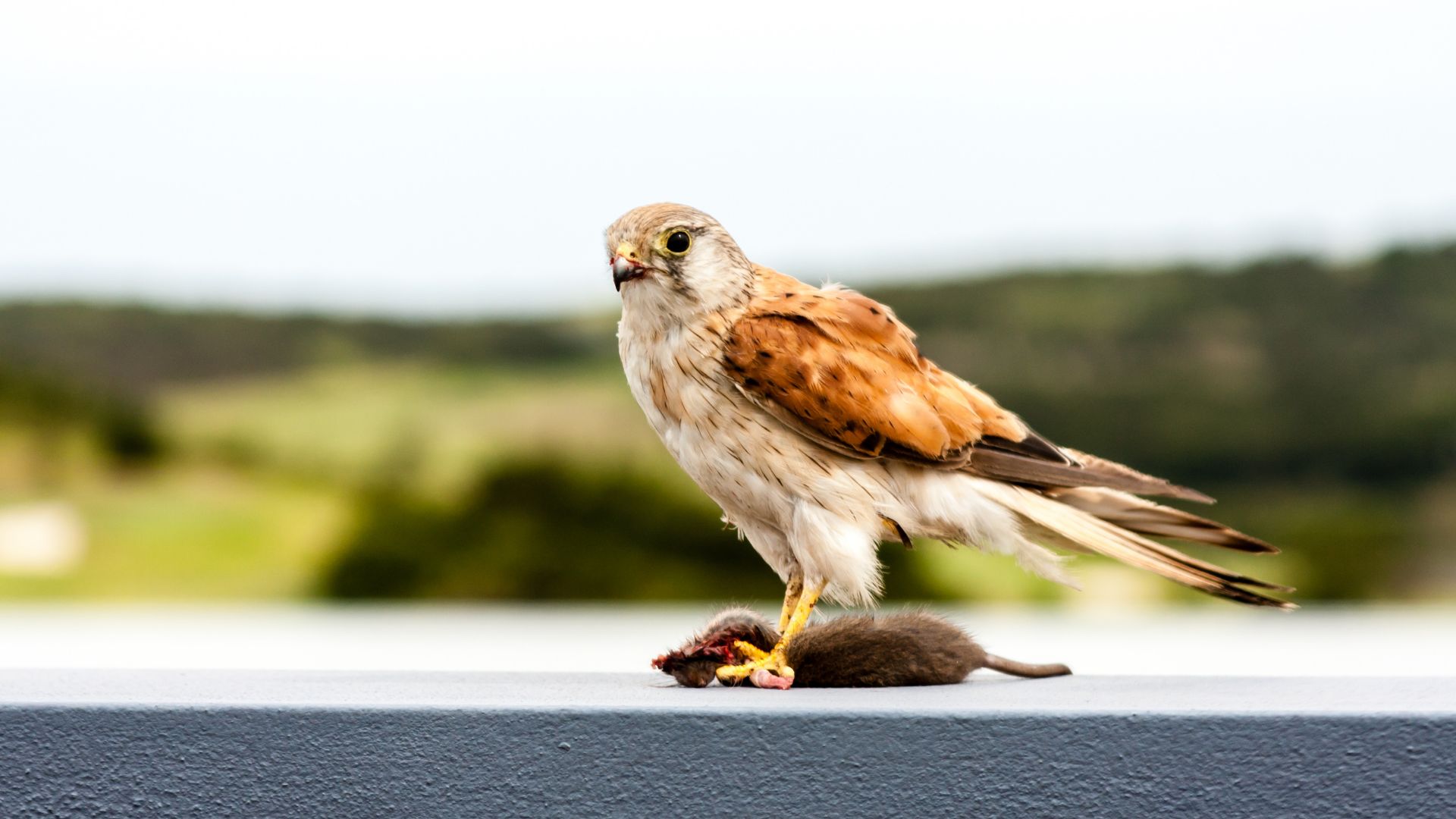 A Charles Sturt expert warns that the bait and rodenticides we are using to eradicate mice during this plague are killing the animals' natural predators too.

The mouse plague is a major issue this season as both farmers and households are dealing with the massive influx of ravenous rodents.

Charles Sturt University Lecturer in Ornithology in the School of Environmental Sciences Dr Maggie Watson said many areas are experiencing a perfect storm contributing to the problem.

“We’ve had a very wet summer resulting in heavy crops and vegetation growth leading to massive amounts of available food for mice. Add to that a very mild autumn, and these mice are breeding in plague proportions,” she said.

Dr Watson said rodenticide used to protect crops and houses were important to ensure food security and health and welfare, but notes that not all rodenticides are the same.

Overreliance on second-generation rodenticides – those that kill after a single feed – are impacting bird of prey populations and leading to unforeseen consequences when they are no longer effective natural controls to mice populations.

Dr Watson is warning about the dangers of rodenticides on birds of prey.

She said studies indicate rodenticide exposure through consumption of dead or dying poisoned mice and rats has been found in raptors such as Black-shouldered kites, Boobook owls, Barn owls, Tawny frogmouths and Australian kestrels (pictured).

These native birds’ populations are already in decline due to habitat loss from increasing urbanisation and the use of monocultures in broad-acre cropping.

The removal of outcrops and remnant vegetation where predatory birds live and breed are keeping predatory bird populations low. Their numbers are further impacted by rodenticides and low populations keep the birds from making any dent in the mouse population.

But Dr Watson said plagues are part of the natural ecological ‘boom and bust’ cycles in Australia due to unpredictable rain patterns. Long before there were house mouse plagues, there were antechinus plagues feeding off locust plagues.

“Treating house mouse plagues as though the ecosystem were unbalanced isn’t really a feasible option in Australia, they are simply something we have to live through,” Dr Watson said.

“These plagues are difficult and have significant impact on crops and human health.”

After months of baiting and trapping mice, farmers and homeowners are still fighting off the ravenous hoards.

Unfortunately, house mice can breed successfully up to about -3°C, some as low as -10°C, so unless the winter turns really cold for extended periods of time, Dr Watson said not to expect the plague to lessen any time soon. Eventually, food resources will drop, and the plague will tail off.

But Dr Watson said if we can lessen our impact on birds of prey populations by not using second generation pesticides, we might be in a better position for the next plague, and the one after that.

“Become an advocate for our native birds and spread the word about predator-friendly rodent control,” Dr Watson said.

Dr Watson’s recommends that households and farmers use first-generation based rodenticides such as coumatetralyl (Racumin) or warfarin (Ratsak Double Strength) and cease using second-generation rodenticides like brodifacoum, bromadiolone, difenacoum, difethialone, or flocoumafen.

She also recommends looking after remnant vegetation and rocky outcrops wherever you live, as these are the habitat and structures predatory birds need to survive.