The first national curriculum framework for early childhood, recently presented to the Australian government by a Charles Sturt University-led consortium, is the product of extensive nationwide consultation with those working in the early childhood sector and a diverse range of other people interested in children's learning in early childhood settings, including parents. 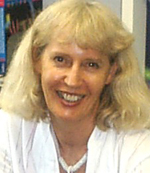 The first national curriculum framework for early childhood, recently presented to the Australian government by a Charles Sturt University-led consortium, is the product of extensive nationwide consultation with those working in the early childhood sector and a diverse range of other people interested in children’s learning in early childhood settings, including parents.
The lead authors of the Early Years Learning Framework (EYLF), Professor Jennifer Sumsion and Associate Professor Linda Harrison, from the School of Teacher Education at Bathurst, have emphasised the significance and complexities of the project.
“This is the first time a national framework has been formulated in Australia to support young children’s learning and our work would not have been possible without the very thoughtful and positive input from people working in the early childhood field,” Professor Sumsion said.
“After an initial round of consultations in late 2008 to produce a first draft, the subsequent EYLF consultation consisted of three separate and complementary processes. Firstly, from 23 February to 9 April this year, we examined case studies in 28 early childhood settings for children from birth to five years. This was followed by an online forum from 14 March to 20 April. Finally, we organised focus groups with parents and targeted organisations.”
The 28 case study trial sites were located in every state and territory, including metropolitan, regional and rural/remote areas, a mix of socioeconomic areas (advantaged, disadvantaged and in-between), and a good representation of Aboriginal and Torres Straight Islander schools and services. The sites included preschools (free-standing, and in primary schools), long day care centres (both community-based and privately owned), and integrated child and family services (family day care, and early intervention). All these sites serviced a broad cross section of linguistically, culturally and economically diverse Australian families and communities.
Professor Harrison said settings for children under five included community-based, government-managed, and privately owned for-profit services, and school-based programs included government, Catholic and independent schools.
“Participating directors, managers, principals and staff were also representative of the wide diversity of early childhood practitioners in terms of their qualifications, experience and areas of expertise.
“There were about 200 participants in total in the focus groups, and the number of participants at each site ranged from two in a school-based preschool to over 30 in an integrated child and family service. Parents also participated in the focus groups at some sites.
“The 28 case studies from around Australia provided wonderful insights into excellent work being undertaken across Australia by early childhood professionals in very diverse contexts. We also appreciated the opportunity to work closely with senior departmental officials from around the country,” Professor Harrison said.