A new online resource has been created by a leading speech and language expert and colleagues at CSU with contributions by speech-language pathologists from around the world. 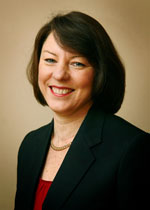 A new online resource has been created by a leading speech and language expert and colleagues at Charles Sturt University (CSU) with contributions by speech-language pathologists from around the world.
The purpose of the multilingual children's speech website is to provide a compilation of resources for professionals world-wide who are working with multilingual children with speech sound disorders.
The project is funded by the Australian Research Council (ARC) and was led by Professor Sharynne McLeod who is Professor in Speech and Language Acquisition in the CSU Research Institute for Professional Practice, Learning and Education (RIPPLE).
"It is one of the ways I have been able to translate my research into a community resource," Professor McLeod said. "I acknowledge and thank the speech-language pathologists, phoneticians, linguists and many others around the world who contributed. The feedback from the profession about the online resource has been overwhelmingly positive."
The project to develop the resource arose from needs identified in The Multilingual Children with Speech Sound Disorders: Position Paper which was created by the International Expert Panel on Multilingual Children's Speech. The development of the website arose as one aspect of work undertaken by Professor McLeod as part of her ARC Future Fellowship (2010-2014).
"Speech and language acquisition primarily occurs in the first five to six years of life and is critically important for children's development, socialisation, and education," Professor McLeod said.
"Many children around the world become competent communicators in more than one language. However, regardless of the number of languages they speak some children can have difficulty with speech and language, and so the support of a speech-language pathologist might be sought when difficulties occur. This resource supports those speech-language pathologists wherever they are."
The website provides information for over 40 languages, including comparisons with English, speech assessments, and a parent report measure titled the Intelligibility in Context Scale. Some of the content may also be useful for others who support multilingual children's communication skills including educators, interpreters, other health and education professionals, families, and communities.
Professor McLeod's research project is also part of the Early Years Education (EYE) Collaborative Research Network (CRN).