A report to the federal government by an independent panel of experts led by CSU contains positive findings for the early childhood sector. 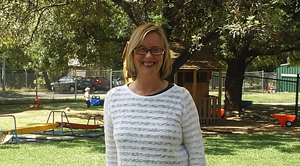 A report to the federal government by an independent panel of experts led by Charles Sturt University (CSU) contains positive findings for the early childhood sector.
The report, Child Care and Early Education in Australia, was released on Monday 25 January and is based on data collected from parents, children and child care/early education carers and teachers in Wave 1 of the Longitudinal Study of Australian Children (LSAC).
The lead author of the report, Associate Professor Linda Harrison from the CSU School of Teacher Education in Bathurst, says the importance of the report’s findings is due to the size and representativeness of the LSAC.
“A study of early childhood of this scale, involving 10 000 families, infants and children and close to 4 000 child care providers and early childhood centres/schools, has never been done before in Australia, and this has profound implications for government policy and professional practice,” Professor Harrison said.
“The LSAC Wave 1 results showed that four and five year-olds who attended an early childhood program had better language skills than those who did not. This demonstrates the additional positive effects (benefits) of attending a formal early childhood program over and above the main predictors (family factors) of language skills, and supports the current government’s policy to introduce universal access to a preschool year for all Australian children.
“The study also identified that gains in language and cognitive outcomes were associated with higher quality care. Specifically, language ability was found to be higher when the child’s teacher held an early childhood specialisation and there was a lower ratio of qualified staff-to-children. This was most notable for the group of four and five year-olds attending their first year of school. Also, emergent literacy and numeracy scores were higher for the school-age children whose teachers provide more time for teacher-supported small group activities and less time for child-initiated activities.
“Quality of care was also related to children’s social and emotional wellbeing. Parent and teacher ratings were better (higher on social competence, lower on problem behaviour) when the child’s classroom had a lower ratio of qualified staff-to-children, teachers had a university qualification, were more experienced, and provided more opportunities for teacher-supported small group activities. Again, these differences were most evident in pre-Year 1 settings, rather than preschools and long day care.
“These findings suggest that quality is more variable in pre-Year 1 school programs than in preschools and long day care centres. The focus on quality needs to be extended into the primary school,” Professor Harrison said.
The LSAC report provides a picture of how infants (aged six -12 months) and children (four-five year-olds) were doing in 2004. These children are now aged six and 10 years. Further analysis of the LSAC data will reveal us more about how early childhood experiences affect child development, learning and wellbeing over time.