Research by a CSU academic has found mixed results when it comes to teaching and learning handwriting and keyboard skills to school children. 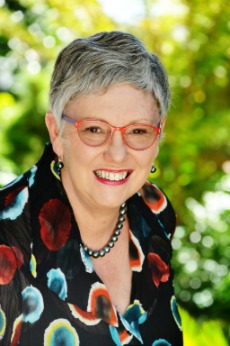 Research by a Charles Sturt University (CSU) academic has found mixed results when it comes to teaching and learning handwriting and keyboard skills to school children.

Dr Noella Mackenzie (pictured), researcher and senior lecturer in literacy studies in the CSU School of Education in Albury-Wodonga, initiated her research last year to better understand the evolving imperatives that shape school curriculums and students' writing skill attributes in the modern world.

"To be literate in 21st century society requires an individual to flexibly combine a range of changing skills in order to navigate both print and digital texts," Dr Mackenzie said. "From an educational perspective, the prevalence of these digital technologies as an increasingly adopted alternative to handwriting is changing the nature of writing.

"The importance of handwriting to learning needs to be considered against the changing, and often digital ways, children are writing and composing in order to make sure that young children's academic environments reflect their everyday practices while preparing them for their increasingly digital literate futures.

"In Australia there seems to be a mix of different things happening in schools. It was important to know more about current teaching practices and the beliefs of some of the key stakeholders: teachers and parents."

Dr Mackenzie said children have access to, and are required to learn about, a range of writing technologies that can include pens and pencils, keyboards, touch screen tablets, and mobile phones.

"While it is certain that handwriting (with pen/pencil and paper) remains an essential skill, there is uncertainty as to its significance in relation to other technologies, particularly keyboarding," she said.

"Policy-makers around the globe are being forced to make decisions about curriculum content in order to allow room for the development of skills important for 21st century society. But already tightly packed curriculum documents are unable to be continuously added to without critical reflection of existing content, and decisions about the teaching of handwriting and keyboarding are at the front of many educative agendas.

"However, this is not a simple decision of substitution, rather a negotiation of how to combine the two.

"I think the children of the 21st century need to learn both skills so they can choose the appropriate method for the task," Dr Mackenzie said. "I do not write my research papers, reports or blog postings by hand. But I do take notes by hand in meetings, I write on cards by hand, and I still write my shopping list by hand. I think children should have the choice."