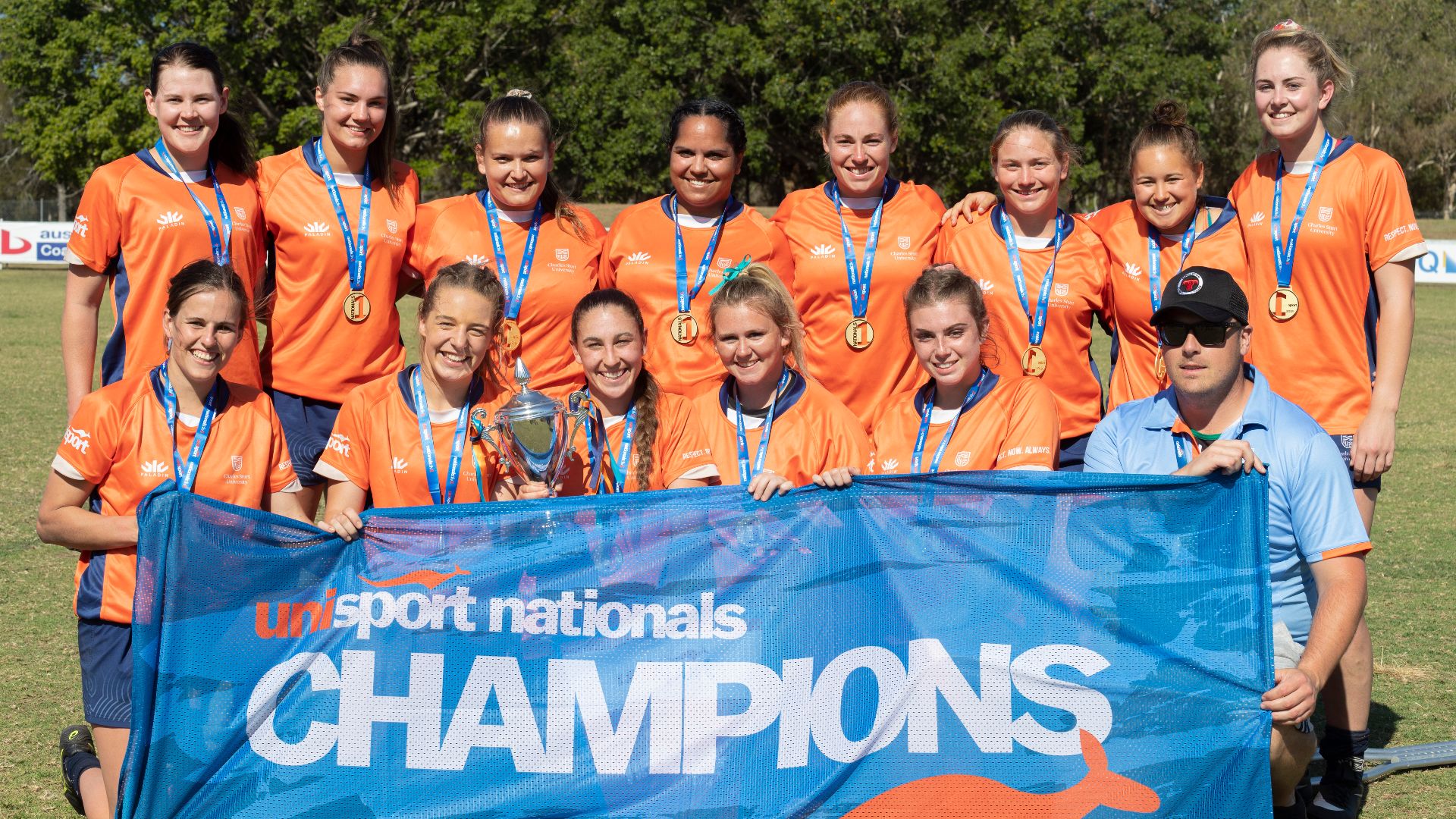 The University’s students brought home six medals – two of them gold – from the UniSport Australia competition held from Saturday 28 September to Thursday 3 October.

The women’s rugby sevens side, comprised of athletes from Charles Sturt in Bathurst, Port Macquarie and Wagga Wagga, as well as online students, claimed the gold medal, as did Port Macquarie-based Physiotherapy student Mr Kalray Menezez for the men’s individual judo competition.

The Charles Sturt contingent included the largest number of EAP members – talented athletes offered academic, sporting and financial support during the course of their studies – at a UniSport Australia Nationals event.

Mr Kalray, who won gold in the men’s individual judo competition as well as silver in the judo champion of champions event, is also a member of the EAP, as is Miss Gemma Mollenheaur, a Physiotherapy student from Albury, who took home a pair of bronze medals in cycling for the women’s road race and the criterium.

“Our women’s rugby sevens team winning gold was a huge achievement,” she said.

“The squad came from across three of the University’s campuses and also includes several online students, so for them to collaborate so well was a fantastic achievement.

“In the past five years Charles Sturt University has won gold four times and silver once in women’s rugby sevens. We came second to Griffith last year, so it was great for the girls to get the gold against them this year.”

Mrs Staniforth said the EAP was a way to foster the goals of athletically-gifted students without sacrificing their academic achievements.

“Charles Sturt University supports these students to enable them to successfully combine their studies with sport, so they don’t have to choose one over the other,” she said.

“Whilst our main focus is to support their studies, it is fantastic when we have the opportunity to support them on the field representing Charles Sturt University with pride.

“The EAP is growing each year, and it is great to see the strong friendships formed among team members which continue back at the University.”

There are more than 130 students currently enrolled in Charles Sturt’s EAP, including both on-campus and online students members.