An historic conference about biodiversity, land management, farming and the shaping of future sustainable landscapes will be held at CSU next week. It will cap a year of celebratory bicentennial events in Bathurst. 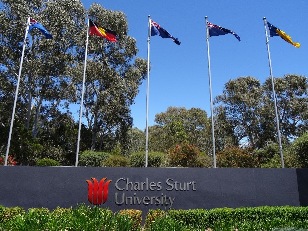 An historic conference about biodiversity, land management, farming and the shaping of future sustainable landscapes will be held at Charles Sturt University (CSU) next week. It will cap a year of celebratory bicentennial events in Bathurst.

The 'Biodiversity Dreaming' conference at CSU in Bathurst on Tuesday 10 and Wednesday 11 November will see leading scientists, farmers, environmentalists and Aboriginal people discuss their perspectives on land management practices in the NSW Central West – traditional Wiradjuri/Wiradyuri Country – from The Dreamtime to the present.

Chair of the Greening Bathurst Bicentennial Sub-committee, CSU Adjunct Professor David Goldney, said the conference focuses on the last 200 years of European inland settlement since Bathurst was established on 7 May 1815.

"As one of the last approved Bathurst Bicentennial events in 2015, it is both an historic event and a step forward in the Reconciliation process," Professor Goldney said.

"The conference title 'Biodiversity Dreaming' encapsulates the language of Aboriginal dreaming. Conference organisers sought permission of local Wiradyuri Elders to use the 'dreaming' term in this context."

Professor Goldney explained that the spelling of Wiradyuri is the preferred usage by Aboriginal people in the Bathurst local government area, and thus both Wiradyuri and Wiradjuri can be used according to the context.

He said the conference focuses on what was Wiradjuri Country in 1815, and what have been the impacts on biodiversity values.

"Speakers at the conference will challenge us to use Aboriginal wisdom and land management practices as well as science to help create future landscapes that are sustainable for biodiversity and agriculture," Professor Goldney said.

"This region is more or less what we now call Central West NSW," he said. "These lands constitute Australia's oldest inland European agricultural lands. At the time of settlement in 1815 these same lands were people-made cultural landscapes imagined and created by intentional Wiradjuri land management. It was these park-like Aboriginal-made landscapes that were so appealing to the early settlers and explorers. We now also understand that pre-European Aboriginal people were actively farming the landscape as well as exercising their role as hunter-gatherers.

"The conference brings together Aboriginal people, researchers in a number of disciplines, many of them actively working with Aboriginal people, as well as farmers, environmentalists, and other land managers to hear each other's stories."

Day One of the conference focuses mainly on examples of how European land management has impacted on the biodiversity values of the region, and what the 1815 landscape looked like and how it functioned.

Day Two focuses on what astute land managers are doing, including Aboriginal people, farmers, and environmentalists, to repair degraded landscapes, and  bring together both Aboriginal/Wiradjuri and non-Aboriginal wisdom to imagine and create future landscapes that sustain both biodiversity and production agriculture.

Professor Goldney said a number of Aboriginal people and Elders have remarked that the staging of this conference is an outstanding achievement since it brings Aboriginal and non-Aboriginal people together in a journey that will help repair Country through future sustainable land management practices.

The 'Biodiversity Dreaming' conference will be held at the Centre for Professional Development (buildings 1285 and 1286) at CSU in Bathurst on Tuesday 10 and Wednesday 11 November.

Approximate representation of conference speakers and presenters is: Aboriginal 27 per cent, researchers 50 per cent, farmers and land managers 18 per cent, and environmentalists five per cent.

Presenters include leading Aboriginal writers and thinkers such as Yalmambirra, Aboriginal farmer and internationally recognised author Mr Bruce Pascoe, Mr Trevor Leaman a PhD student who will speak on Wiradjuri astronomy, as well as a number of other Wiradyuri/ Wiradjuri speakers from across Country. Non-Indigenous speakers include best-selling authors such as Dr George Main, and Professor Bill Gammage; scientists such as Dr Anne Kerle, Dr Barb Mactaggart, Dr Col Bower, Dr David McKenzie, Dr Mike Augee, and Professor John Williams; as well as outstanding regional farmers such as Mr Paul Newell, Mr Michael Inwood and Mr Ross Thompson. These and other innovative farmers will share how they have profitably adopted ecological principles to make their farming systems more sustainable as well as observing a significant improvement in their farms' biodiversity values.

Eighteen fully-funded scholarships for Aboriginal students and all 16 Aboriginal speakers have been fully sponsored by various businesses and organisations. Approximately 40 or more Aboriginal people will attend. No Aboriginal person declined the conference organisers' invitations to speak or to be present, based on the objectives of the conference. That is partly due to the very widespread network that CSU shares with Aboriginal people across Wiradjuri Country. Some cannot attend because of other engagements.

CSU Green has also provided partial scholarships for CSU students. The conference after dinner speakers and chair are all Aboriginal people. Eight Aboriginal keynote speakers will contribute on Days One and Two, including the delivering the opening and closing addresses. The conference is fully subscribed with 130 to 140 people registered to attend. The proceedings of the conference are likely to be available as chapters of two books in 2016, subject to funding availability.