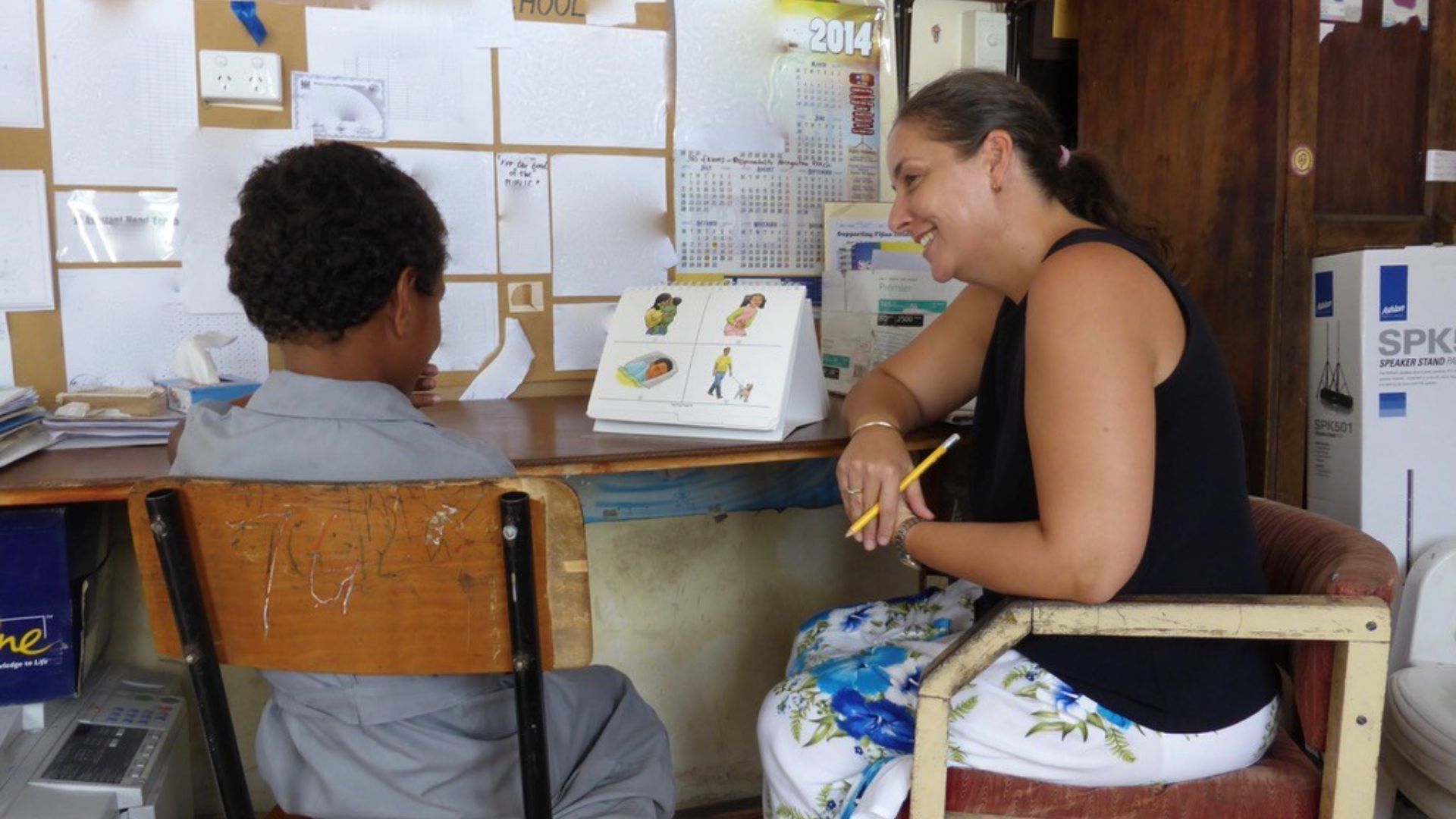 The aim of the respective studies was to firstly investigate Fijian students’ acquisition of Fiji English speech sounds, and then determine:

“Fiji is a multilingual nation and has limited access to speech-language pathology services,” Ms McAlister said. “This research is important because speech-language pathologists and other communication specialists need to consider children’s dialect for valid identification of speech sound disorder (SSD) in Fijian children who speak different dialects of Fiji English.”

As a result of British colonialism, a ‘standard’ dialect was adopted for official use, which today is called Standard, Bauan, or iTaukei Fijian.

The second largest cultural group in Fiji are Indo-Fijians, descendants of northern Indian peoples brought to Fiji under a British indenture program. Standard Hindi is considered the official language of this group; however, Fiji Hindi, which has borrowed features from northern Indian languages, English and Fijian, is the more widely spoken language of Indo-Fijians.

English, a former colonial language with few native speakers, was adopted as a ‘lingua franca’ and is mostly used in government, education and media.

Ms McAlister explained SSDs are one of the most common childhood communication disorders and encompass any difficulty or combination of difficulties with the perception, articulation, or phonological representation of speech sounds or speech segments.

“SSD is common in preschool and school-age children internationally, and an individual’s health, wellbeing, and participation in life and future social and academic success may be impacted by a communication disorder which is recognised as a potential barrier to oral-language and literacy acquisition,” Ms McAlister said.

“In Fiji homes, Fijian and Fiji Hindi are spoken widely, however, at school, Fiji English is the dominant language.

“Given that Fiji English proficiency is aligned to academic success in Fiji, our research sought to investigate the incidence of SSD among Fijian children speaking different dialects of Fiji English and the impact of dialect on diagnostic decision-making by speech-language pathologists (SLPs).”

Ms McAlister said that until now there had been no studies of children’s speech acquisition in the Pacific islands and respecting dialectical diversity in the production of Fiji English is critical for speech pathologists to providing services for Fijian children.

“Speech-language pathologists working with this population are encouraged to use this information to inform their assessment practices with Fijian children and ensure that dialectical difference is not incorrectly identified as SSD,” she said.

“For example, some Fijian children presented with SSD in Fiji English upon school entry and beyond. However, the impact of dialect on diagnostic decision making was significant.

“When Fiji English dialects were the target, instead of Australian English, the mean percentage of consonants correct increased 10.2 per cent and 24 out of 26 students who were initially identified with SSD were then reclassified.”

Ms McAlister said that because multilingual Fijian children may acquire English-specific sounds later than their monolingual English-speaking peers, culturally responsive speech-language pathology practice requires the clinician to understand the cultural and linguistic background of the client.

“Consideration of the language environment and analysis of the speech sample with reference to the child’s dominant English dialect is imperative for valid identification of speech sound disorder in children who speak different dialects of English,” she said.

“Therefore, it is imperative that speech-language pathologists can determine whether SSD is present by drawing on knowledge of typical speech sound acquisition, and that’s the valuable contribution this research makes.”