A burning desire to build a sustainable Indigenous workforce of mental health specialists has led to top honours being bestowed on Charles Sturt University’s Wayne Rigby during Mental Health Week. 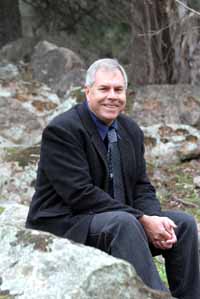 Mr Rigby is the Director of the innovative Djirruwang Aboriginal and Torres Strait Islander Mental Health Program at CSU, a tertiary-level course specifically designed for Indigenous mental health practitioners to meet the needs of their own communities across Australia.
At a ceremony in Sydney on Wednesday 10 October, Mr Rigby received a 2007 Mental Health Matters Award for his role as Director of the Djirruwang Program.
Since its inception 13 years ago,  the Djirruwang Program has flourished and now boasts 87 Indigenous graduates; two at a certificate level, 41 with diplomas and 44 were awarded a Bachelor of Health Science (Mental Health) from CSU, including students from the Torres Strait Islands.
Djirruwang means “The Light” in the NSW south coast Indigenous Tharawal language.
In congratulating Mr Rigby for his award from the Mental Health Association NSW, the Head of the School of Nursing and Midwifery within CSU’s Faculty of Science, Professor Elaine Duffy said, “a lot of people with mental health problems end up in the criminal justice system, particularly Aboriginal people. It is totally inappropriate - but that is what is happening. And of course that has led to deaths in custody, and despite what is often reported, many of those deaths are totally preventable.
“It is well known that the best way to improve health in Aboriginal communities is to have Aboriginal people themselves educated and trained to deliver primary health care services. This is the ultimate aim of the innovative Djirruwang program,” said Professor Duffy.
Wayne Rigby is a veteran of the challenging mental health field with a particular interest in rural mental health. Before his secondment to CSU in April this year, Mr Rigby was a senior clinician with the Greater Southern Area Health Service (GSAHS) and a health service manager of the former Mid North Coast Area Health Service (MNCAHS). He was also director and senior educator of this program in 1997. 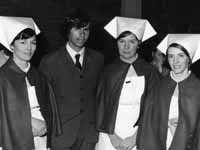 “With over 80 applications, the standard of submissions for the 2007 Mental Health Matters Awards were particularly high and were judged on excellence of work and commitment to mental health promotion, ” said Mr Rigby.
“This award gives status and recognition not only for the Djirruwang Program but for the University itself.
“CSU has more than demonstrated the commitment not only for building workforce capacity for the furture of Aboriginal and Torres Strait people, but more so, in developing skills and resilience to ensure that capacity continues into the future.”
The Djirruwang Aboriginal and Torres Strait Islander Mental Health Program is offered through the School of Nursing and Midwifery within the University’s Faculty of Science in collaboration with an External Advisory Committee and the GSAHS.
The program is also funded by the Commonwealth’s Office for Aboriginal and Torres Strait Islander Health (OATSIH).