A CSU expert has called on governments and health authorities to stress the severity and danger of preventable childhood diseases to parents, to improve immunisation rates. 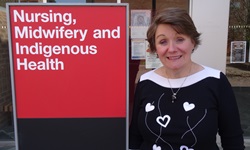 A Charles Sturt University (CSU) expert has called on governments and health authorities to stress the severity and danger of preventable childhood diseases to parents, to improve immunisation rates.

The report revealed that immunisation coverage has improved in some areas but there are a number of other areas where rates remain too low to prevent the spread of diseases.

Professor Shields said, "Childhood immunisation is one the best public health initiatives Australia has ever seen and it should be mandatory for parents to immunise their children".

"Over the past 20 years we have seen immunisation rates rise dramatically and the incidences of childhood diseases like diphtheria, polio, measles and tuberculosis decrease significantly, and this has been fantastic," she said.

"The paradox however is that by virtually eradicating some of the most horrible, life-threatening illnesses there is now a whole generation or more of parents who have no first- or even second- hand experience of these illnesses. And subsequently those parents find it difficult to understand the consequences of not immunising their children."

Professor Shields said, "You really do have to be of a certain age to remember that it's not long ago that far too many children were dying and suffering terribly from diseases such as tetanus, diphtheria, measles, chicken pox, pertussis (whooping cough) and the complications related to them".

"Given this lack of first-hand experience and community awareness it's difficult to blame some young parents who are unwilling to have their children immunised," she said.

"Education is the answer and the Government and health authorities need to do more to help young parents really understand the potentially devastating consequences of these preventable diseases and promote the great work done through immunisation to minimise them.

"It would be great to see popular culture such as TV shows explore the issue and give this current generation of parents a taste of what it is like to have a child who can't breathe because of diphtheria or who suffers severe brain damage as a result of a case of measles that could have been prevented through vaccination."

Professor Linda Shields specialist reseach area is the care of children in health services and she is based in Bathurst but is currently working in Brisbane. Contact CSU Media for interviews.