The impact of shiftwork on female nurses in the health care sector is the focus of PhD research by a registered nurse and CSU academic. 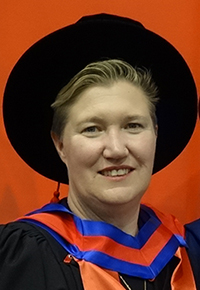 The impact of shiftwork on female nurses in the health care sector is the focus of PhD research by a registered nurse and Charles Sturt University (CSU) academic.

In her study, Dr Annabel Matheson (pictured) posed the question, ‘what is the lived experience of women who work shiftwork in nursing and as well care for children?’ in a bid to identify the implications of these two roles on both the women and their families, and on their nursing work.

Dr Matheson, from the CSU School of Nursing, Midwifery and Indigenous Health, explained that the context of shiftwork in the early 21st century is changing rapidly, and, in comparison to previous centuries, those who are required to work shiftwork now are spread over many sectors.

“There has been research about shiftwork for five decades or so, but about thirty years ago this increased and has continued to do so,” Dr Matheson said.

“The overwhelming majority of the body of shiftwork literature explores psychological and physiological responses to working shiftwork, and primarily uses male subjects in a quantitative framework.

“In nursing, shiftwork has been a feature for as long as nursing has been around. In Australia, women comprise 90 per cent of the 373 394 nurses and midwives (Nurses and Midwives Board of Australia, report 2016).

Dr Matheson conducted semi-structured interviews (data collection conversations) with 10 participants, all of whom had children and had experienced nursing shiftwork. Thematic analysis was used to interpret the narratives of the participants, which identified themes of ‘Being Guilty’ and ‘Being Juggler’.

“The theme of ‘Being Guilty’ centred on the women’s feeling of not being ‘enough’ in all the parts of their lives,” Dr Matheson said. “That is, not being what they considered was the ‘the perfect mother’, as well as wife, and nursing shiftworker.

“Three sub-themes combined to constitute the major theme ‘Being Juggler’; these focused on the women’s management of the components of their lives, and the compromises they made to work and to care for their children and home.

Dr Matheson said the implications of the findings are that the ‘problem’ of ‘doing it all’ clearly belonged to the women in the study, which mirrors other literature about women’s work.

“This issue has broad ranging implications for social change in the women’s work area, as well as in nursing over the medium to long-term, which would improve women’s ‘lot’ of managing the other ‘shifts’ they work (as partner, parent, and home keeper),” she said.

“In the short to medium-term, nursing education and nursing services need to provide very clear guidelines for ‘self-care’ when working shiftwork.

“This education should include the impact of shiftwork on physiological (including sleep) and psychological health, as well as strategies to mediate the effects of shiftwork.

“Pre-service education of nurses about working shiftwork would be of value initially. Nursing services should also include shiftwork guidance components in workplace orientation programs, as well as in new graduate programs.”

Contact CSU Media to arrange interviews Dr Annabel Matheson who is based at CSU in Bathurst.

The title of Dr Matheson’s thesis is, ‘Women’s experience of working shiftwork in nursing: a phenomenological study’. She graduated in the CSU School of Nursing, Midwifery and Indigenous Health at the Faculty of Science ceremony in Bathurst on Friday 15 December 2017.