Young people in rural and remote Australia who care for a family member with an illness or disability often develop strong family loyalty and connections and a sense of being 'better' people, according to new CSU research. 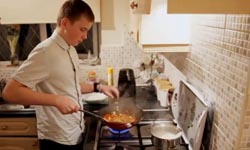 Young people in rural and remote Australia who care for a family member with an illness or disability often develop strong family loyalty and connections and a sense of being 'better' people, according to new Charles Sturt University (CSU) research.

"Young carers in western societies are often portrayed as 'compromised' and 'missing out' on a 'normal' childhood and family life," said Dr Lester Alan Watson, who recently studied this group of carers as part of his PhD with CSU's School of Psychology.

"While young carers are recognised for carrying out 'adult' caring tasks and responsibilities, often in awful situations, they are portrayed as partly competent children incapable of talking about or 'knowing' their experiences in what it means to be a carer and, as a result, their 'voices' go unheard in research on young carers.

"However, this project showed that our society misses the many positive aspects of these carers' lives, such as reciprocal family loyalty and support from other family members, and they tend to have a more positive sense of self," Dr Watson said.

"Importantly, young carers often focussed on the positives of being a carer. They referred to having greater maturity, being more responsible, possessing life skills, and being able to deal with adversity, as well as being more compassionate and understanding people.  For these reasons, many young carers considered their long-term futures to be brighter becausethey are carers." 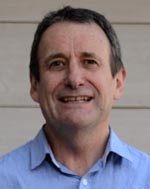 While young carers in rural and remote areas often felt isolated and disadvantaged due to a lack of access to services, in very small communities they often enjoyed strong emotional and practical support from having close-knit neighbours.

"In the same communities, attitudes to disability were often described as more positive compared to those in larger centres, which young carers characterised as lacking understanding and cited behaviour such as staring, teasing or patronising sympathy," he said.

Dr Watson's project called for extensive collaboration with 12 people aged 12 to 17 years of age in southern NSW, from Young and Goulburn to Bateman's Bay and Merimbula, to examine their experiences as primary carers of family members with physical or mental health problems. While working as a volunteer, he also met with large groups of young carers at young carer camps and events.

The participants worked with Dr Watson to develop a research program that enabled the views of the carer's to be heard, rather than taking part in research constructed and interpreted by adults for adults. Dr Watson regularly visited the young carers in their homes, observing and interviewing the young carers as well as meeting with family members with a disability or illness.

"These young people were amazing.

"Not only were they very adept operators in complex caring roles with family members, but they also competent co-researchers. I felt deeply privileged to be welcomed into the home and lives of these young people during my two years in the field," Dr Watson concluded.

Dr Lester Watson, from Canberra, completed his PhD, "Researching with young people who provide primary care for a family member with mental or physical health problems: A Critical Psychology approach" in 2016.

He graduated at a ceremony in Wagga Wagga on 15 December last year, and is currently an Adjunct Research Fellow in theSchool of Psychology